WHEN ONE MORNING I WOKE UP MISSING JOEY CARUSO, THE BEST SECONDBASEMAN I EVER PLAYED WITH. I COULDN’T SHAKE IT OFF, THIS MISSING. SO I WROTE THIS POEM 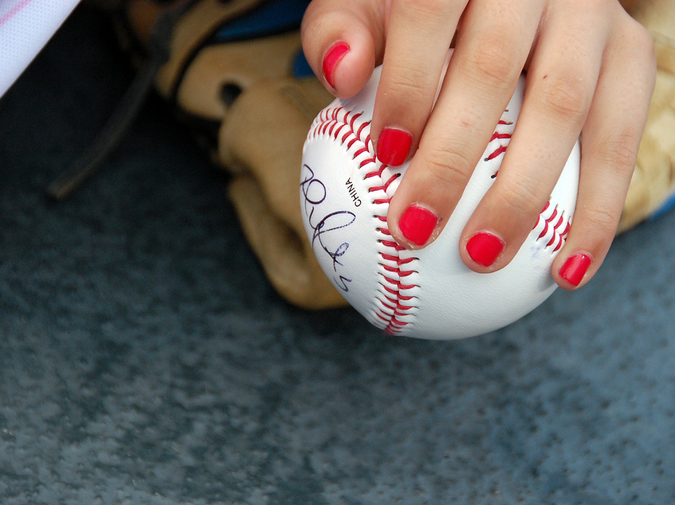 Something there is about one body that knows another’s so well
all that exists between them is both time & nature’s thin blue line,
quivering just the slightest at their touch, like how I know
one of The National’s Dessner brothers plays a sixteenth of a note
behind the other without the help of a machine, like how I know
Joey Caruso at second base knew when I wanted to snap
from my crouch, leap, & pick off whoever was lingering too far
off the bag. He was always there, Joey was, for a throw
that forever seemed impossible & almost never worked.
We spend most our lives inside of silence & it wrecks us.
I don’t know where Joey is now. He was short & I still am
& his glove when open was twice the size of anyone else’s &
neither of us could hit for shit but we played the kind of ball
any high school coach would adore – dirty, scrappy, forever willing
to bunt. We were opposite-field-hitters, never-strike-outers,
take-one-for-the-teamers. How much I longed then for the consecration
of a bruise. My coach let me pick the music between innings
& I toggled between Don Henley & Stevie Nicks, Steely
Dan & The Band. I was not cool. I had six friends I called true.
I played in a band named Dear Diary, More Ice Cream & we had
one show at a coffee shop. I dated the same girl for four years.
I longed to be an adult & spent my nights dreaming of the array
of ties I would wear. Now I am older & like most older people
I simply long to run my fingers through the field’s turned dirt,
find Joey with my eyes, zip that battered pearly orb over
the pitcher’s head, & surprise the runner lingering too far
off the bag. It means nothing now but it meant enough then,
enough to change a life, to alter the smooth rhythmic turning
of the world, to make you know for the first time what love was –
nothing but the seizing of the chest, that so-close-to-gone moment
when everything feels, all at once, so-close-to-never-going.
& then it goes. Narrative is real. Time happens & we move
through it with or without the calm ease of a man I once saw
unpacking his chess pieces in Washington Square Park
before he played a game against himself, striking the timer
each turn. Joey, if you read this, just know there is a world
where the ball I hurled hangs infinitely frozen in its travel
between the two of us, where we don’t know if it worked,
our little trick, or what we will become, where there is only
our desire, flattened into two dimensions, a photograph
attempting to render the softness of our lives into something
full of meaning before they go on into swinging & missing,
striking & outing, loving & losing, living & dying & grieving
& loving again & losing again & living still & living still &.

Devin Kelly earned his MFA from Sarah Lawrence College and co-hosts the Dead Rabbits Reading Series in New York City. He is the author of the collaborative chapbook with Melissa Smyth, This Cup of Absence (Anchor & Plume) and the books, Blood on Blood (Unknown Press), and In This Quiet Church of Night, I Say Amen (forthcoming 2017, CCM Press). He has been nominated for both the Pushcart and Best of the Net Prizes. He works as a college advisor in Queens, teaches at the City College of New York, and lives in Harlem.