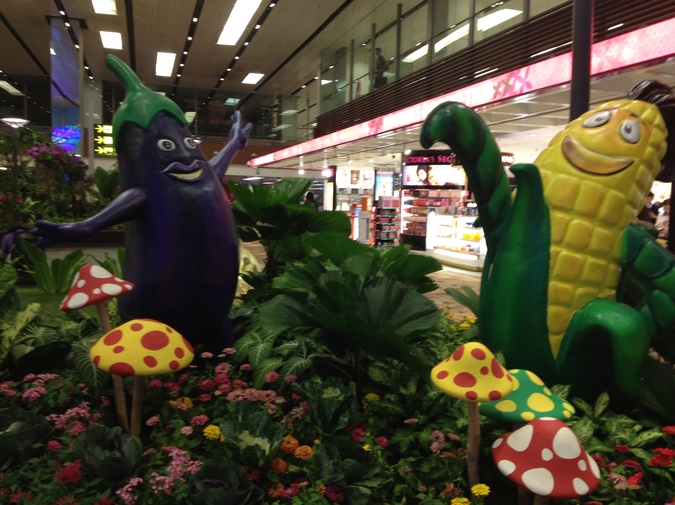 Andy Carr is stocking shelves at his local Value King supermarket when a forty-year-old woman taps him on the shoulder and starts yelling in his face. By the woman’s word the store is out of stock of a specific brand of organic, gluten-free cookies, and apparently, Andy is the one to blame for this.

“I’m sorry about that,” Andy says, as he tries, and fails, to force a polite smile onto his face.

For some reason the woman is wearing a pair of giant, bug-eye sunglasses while walking around inside the store, so the only thing Andy sees when he looks at her is the darkened reflection of his own face. From this distorted perspective, he looks to be about fifteen years older than his true age of twenty-five.

“Let me check if we have any more of those in the back,” Andy says, staring into his tiny, reversed face hovering in the woman’s glasses.

Moments later Andy walks through the swinging doors at the back of the store. Just before he reaches the grocery section of the stockroom, the image of his haggard face pops into his head once again. Here he sees his sunken cheeks, his drawn face, the fat tires of loose skin hanging beneath his eyes. With this picture in mind, he decides he’s had enough of these customers, enough of this job, enough of the verbal abuse he’s endured for the past five years he’s worked at this store.

With that sorted out, Andy continues on into the grocery section of the stockroom. Once there he picks up a 12-count case of Fig Newtons and tucks the brown box under his arm. Then he types in the code to open the back door, and calmly steps outside without telling anyone he’s quitting.

On the way home, Andy takes a detour and drives out to the dying mall on the edge of town. Here he sits in his car at the back of the Best Buy parking lot and stares out at the gray line of the highway. For the next hour he watches the cars zooming past in the distance, their metallic bodies flashing in the sun, their sleek shapes blurred by the shimmering heat rising from the sunbaked highway.

From here Andy climbs out of his car and walks into Best Buy. In contrast to the sunscorched oven of his car, the air inside Best Buy is chilly and refreshing. After a minute in the AC, the slick sweat on his lower back starts to evaporate.

Andy browses the aisles for the next forty minutes. During this time he tries to think of a way to turn his passion for movies into a sustainable career that he can use to support himself for the next fifty years of his life, but with him stranded here in upstate New York, two thousand miles from Hollywood, nothing feasible comes to mind. So, in an attempt to ease the familiar feeling of hopelessness churning away in his stomach, he thinks about his favorite actress, Jessica Chastain, and the questions he’d most like to ask if he ever got the chance to meet her.

A few minutes later Andy comes upon a cut-out bin of clearance DVDs. Rummaging through this mess he finds a brand-new DVD of the 1997 David Fincher thriller, The Game. Fincher is one of Andy’s favorite directors of all time, and from his research into the man’s career, Andy knows that The Game is the movie Fincher directed between Seven and Fight Club. The Game also happens to be the only Fincher movie besides Alien 3 Andy’s never seen, so he brings the DVD up to the checkout and buys it for five dollars and forty-one cents.

For the next five days, Andy doesn’t leave his apartment. Instead, he passes the time sitting on a thin feather pillow on the floor of his empty bedroom. Here he eats the stolen Fig Newtons and watches The Game over and over on his laptop, studying every scene.

Then, a little after one in the afternoon on a sweaty, anonymous day later that week, Andy’s favorite scene in The Game comes up once again. Sitting in an airport lounge, suddenly suspicious of everyone and everything around him thanks to the mysterious, real-life role-playing game he has just signed up for, Michael Douglas sees a strange man staring at him from across the room.

“May I help you?” Michael Douglas says to the man, as Andy reaches into the cardboard box on his right and takes out an unopened package of Fig Newtons.

“What is it?” Michael Douglas says, while Andy tears open the package of Fig Newtons and mouths the words along with MD.

The staring man puts down his drink and points to a spot on his shirt.

Watching this, Andy smiles to himself and forgets about his failed life for a few moments. Then he slips a Fig Newton into his mouth and starts chewing. As the wad of fruit and cookie slides down his throat, there is a sharp, urgent knock on his bedroom door.

Startled by this sudden interruption, Andy presses the spacebar on his laptop and pauses the movie. No one should be knocking on his door right now. It’s the middle of the day and both his roommates are at work. He’s the only one in the apartment.

What is it? Andy mouths, silent, waiting for something to happen, for his real life to finally begin.

The ceiling crackles. His stomach bubbles. Nothing happens. His room and the apartment beyond are quiet.

Andy waits another five minutes and then continues the movie. Michael Douglas pulls a leaking pen out of his shirtpocket. Andy slides a Fig Newton into his mouth. Everything keeps going.

Steve Gergley is a writer and runner based in Warwick, New York. His fiction has appeared or is forthcoming in A-Minor, After the Pause, Barren Magazine, Maudlin House, Pithead Chapel, and others. In addition to writing fiction, he has composed and recorded five albums of original music. His fiction can be found at: https://stevegergleyauthor.wordpress.com