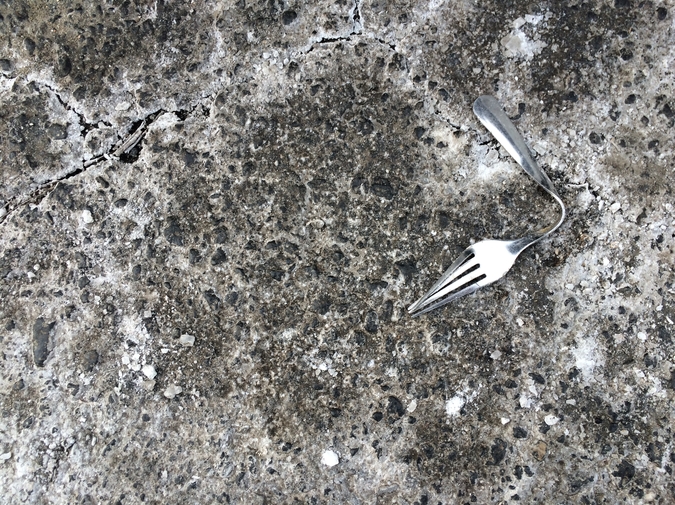 We were homeless. Short and short-lived. This was the game. We stole blankets, sheets. We took provisions. We carried our houses inside us.

At night, you could wade out into the backyard and hear screaming. Or you’d get stuck on the roof and hear other things. Knuckles, bones. Pucker sound the body makes when punched. You could hear it rising, up and up above the satellite dishes, bouncing signals into outer space.

Once, she came outside with her ear bleeding. But when I leaned towards her on the swing set, there came a shout from the dark inside. Somebody calling her name.

We built our houses each day from scratch. This was what it meant to be homeless. You carried things around inside you. From inside, you could peer out. You could fall in love with the sheets, their dapple and thread. You could see the world in gasps and pieces.

Some days it was so much, I had to go around touching things. I felt my own wrist. Kneecap, collarbone. I was me. I was unborn. I was in love with the wind, the way it touched the leaves one by one.

Someday it would make sense to us. Our houses would get smaller and smaller—so small, they’d be nothing at all. Someday we would be other selves. We wouldn’t remember these selves, now.

Emily Geminder’s writing has appeared or is forthcoming in Prairie Schooner, Witness, the New York Observer, and elsewhere. She is currently a Durwood Fellow at the University of Missouri-Kansas City.