We Fat Ourselves For Maggots 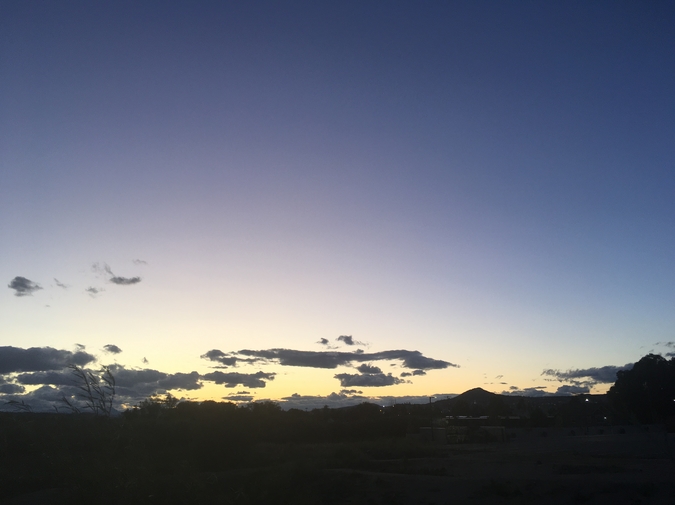 One evening when I was fifteen, back in 2009, my ballet teacher arrived at the studio wearing a shit-eating grin. Jeff loved to gossip, and he spoke with a showy Southern twang that made the juice of every secret dribble down our fingers. “You are nawt goin’ to believe this, girls.” The police had discovered a mummy rotting away in one of the old mansions in the hills of Piedmont, California—the rich part of town, built on slopes so steep they had to carve flights of stairs into the sidewalk. Like one half of a hyperbola, Piedmont veered both toward and away from Oakland: toward the tree canopy of the Rockridge Hills and away from the bus exhaust of Grand Avenue, shrinking from perpendicular asymptotes.

In spite of the high concentration of evenly spaced tulips and the planning division’s strict regulations regarding colors of house paint, Piedmont is not quite a suburb. Technically, it’s a city, albeit a tiny one surrounded on all sides by Oakland like a residential Alcatraz—a “charter city” guaranteed certain rights of sovereignty from state law. Roughly one-fourth of California’s cities operate under their own charters, including San Francisco and Sacramento. But few of them boast a population of just eleven thousand people.

Jeff’s stories were not always one hundred percent accurate. We students eyed each other uneasily, tittering, asking with our eyebrows whether he had finally lost it. But enough strangeness had germinated in Piedmont for us to recognize that our town was not so different from Wisteria Lane or Stepford, Connecticut or any pictorial representation of the viruses plaguing suburban life. We just had more Baby Boomer liberalism, better coffee, zanier flavors of hummus at the farmers’ market, and more homeless people in the park down the street just across the dividing line. The biggest difference, it seemed to me, lay in our proximity to the outside. It took me just five minutes to walk down my street to catch the bus to the San Francisco museum where I worked throughout high school. Unlike the rest of these festering utopias, we had a city at our fingertips, pressed up against our outline like a burial shroud.

After ballet class, I googled the latest and nearly spat out my pasta. The headlines told the story: “Mummified body found in Bay Area home.” “Police following money in mummy case.” Then, weeks later: “No charges for woman who kept mummified body of her mother propped in a chair.” Patricia Bostrom had last been seen alive four years earlier. Neighbors and family members had begun to worry; when asked about her mother’s whereabouts, Nancy Bostrom had supplied a litany of excuses (my favorite being that Patricia was “down South,” for its egregious imprecision). Investigators noted that someone had been collecting the old woman’s mail intermittently. The papers prowled around the visible truth that Nancy had been cashing her mother’s social security checks for over two years, though the police lacked the evidence to prove it.

One year later, the other shoe: “Daughter in mummified mom case runs for council.” Among the items on Nancy Bostrom’s proposed city government agenda: putting her “bad year” behind her, helping seniors, and installing “prudently designed” surveillance cameras at all city entrances to prevent crime.

She didn’t win, I don’t think. But while poking around Piedmont’s digital newsletter from my new home in Virginia, I see that the “What’s Happening in Piedmont” section includes among the items on its bulleted list The 21st Annual Harvest Festival, Preparing for Fire Season, and, tacked onto the end, Public Safety Camera Evaluation.

Piedmont was founded in much the same way that any predominantly white suburb is founded: on a myth of self-removal, a mistaken belief that borders can contain and expel. The city began to congeal around the turn of the century and sought official incorporation through two elections in 1907, both of which barely upheld Piedmont’s autonomy rather than infusing it into the city of Oakland. By the Roaring Twenties, more millionaires lived in Piedmont per square mile than any other city in the country. This is especially disconcerting if you know that Piedmont only measures 1.7 square miles in its entirety (two if you count the sprawling Mountain View Cemetery, where I and all my friends learned to drive—and to smoke weed—and which once belonged to Piedmont but now belongs to Oakland). Many of these old-money mansions still stand. When I visit home, my mom and I like to trek into the hills, up Wildwood and left on Seaview and right on Magnolia and up, up, up until all of Oakland sprawls before us, San Francisco sulking in fog beyond the Bay, the cemetery to our right, all lush green lawns and narrow asphalt roads and mausoleum cul de sacs, a neighborhood of the dead.

Just last year, we passed Nancy Bostrom’s house on one of these excursions. “Do you remember when that horrible woman ran for city council?” my mom asked. She scrunched up her nose as if she’d smelled something rotten. “Ugh. She had the most obnoxious, simpering voice.”

In all the articles in the local news, no one addressed how the body of old Patricia Bostrom became “mummified,” a thorny process to DIY, as it involves removing all internal organs, drying them out, inserting a hook through a hole near the nose and extracting part of the brain, placing the withered heart back into the body, dousing the inside of the flesh with wine and a dry-rub of spices, then salting the corpse for at least seventy days, though after forty the step-by-step checklist I find online suggests stuffing it with linen or sand to reestablish a relatively human shape. In Ancient Egypt, mummification was reserved for the socioeconomic elite. The process has to be initiated quickly and with precision, a race against the clock ticking down our decomposition.

A dead body decays from the inside out. As our unplugged cells start to shutter and die, the cosmos of bacteria living atop our skin and under it and within it begin to digest their host. We ingest ourselves and spit us back out in a swill of green mucus that leaks first from the liver, the pancreas, the lungs, the brain, all the tissue sacs with the highest amount of fluid. In life, the largest microbial community in our bodies lives in the gut. After death, the thanatomicrobiome—named by a forensic scientist after the Greek word for death, thanatos—feeds on this pyrotechnic seepage to break down the intestines, then the surrounding tissue, then the rest of us. Only once we’ve sufficiently self-immolated will the flies smell the ripening and flock to our fruitflesh to feed.

When I was seventeen and my younger brother fourteen, a registered sex offender moved into the little robin’s egg-blue house across the street, the one with a crude wooden birdhouse mounted just below the gable roof. Everyone knew within a few hours that our new neighbor had bought or distributed or created child pornography involving young boys. One night that week, as I was heading up the front steps after ballet class, I caught a glimpse of a stooped figure in the reams of light between the house’s venetian blinds, blinking in and out of view like a dog behind a fence. I wondered if there was sour milk in the refrigerator that he stooped to open. He couldn’t possibly step foot in the Safeway down the street—not when Mrs. Hebert, from the Piedmont Parents' Club, lived a stone’s throw from the edge of the parking lot. I hurried into the house and tasted disgust in my throat, sharp as gastric acid, though that could have been pity.

This was the only time I saw the child pornographer. Within two weeks, the Piedmont parents had banded together to force him out. Whoever owned the robin’s-egg house put it on the market, and within another year a new family had moved in and painted the plaster an innocuous taupe and stripped the birdhouse from beneath the gable. But from my bedroom window I can still find its rectangular outline in certain light.

I was in my senior year of high school when the sex offender’s arrival was the issue en vogue. Meanwhile, everyone at Piedmont High knew the resident creeps and how to avoid them. We all knew, for example, that Mr. Melnik—the oldest teacher in the whole high school—had taken senior girls from previous years out sailing on his yacht. We expected his eyes to roam the space below our clavicles when we raised our hands during Honors Physics. We knew that the World History teacher, Mr. Cowherd—pronounced like “coward”—only chose pretty girls to be his teaching assistants, and we often saw him lay his whole palm on their shoulders during class. I knew to shake my head when he asked me about my future plans for a free period at the end of my sophomore year. Still, it took four more years before allegations broke of Cowherd’s misconduct. The administration tried to keep it quiet at first, and even let him return to the classroom after a stint on leave. Public pressure eventually forced him to resign. Melnik retired either just before or shortly after Cowherd’s departure, and to my knowledge has faced no repercussions.

The myth of Piedmont is a myth of body, one that relies on a self-delusion of purity, of impermeability—a mistaken belief that in consolidating our substance and holding the world at arm’s length, we can delay our inevitable putrefaction. The Mountain View Cemetery was designed to reflect the tenets of American Transcendentalism, the literary movement generally conceived of as a ‘return to nature,’ though after reading Thoreau’s Walden I think of it more as a plant-based elitism, a fundamentally anxious turn away from the rising tide of industry and urbanization. The city of Piedmont consolidated around the same time. In attempting to scavenge an elusive truth and purity in the self, the hope is that, like our skin, we can lock out moisture and toxins and dirt and disease. But the drowned body bloats; bacteria feeds. We consume ourselves from within. The agents of death live on my skin as I sit typing this on my couch in a crème-pat Virginia college town.

It goes without saying, though I’ll say it anyway, that the only immortality we can hope to achieve is a conservation of energy at the chemical level. I find comfort in it, if in a distinctly Millennial way—Boomers killed the earth, time doesn’t matter because we’re all going to die so might as well freelance, et cetera. The Mountain View Cemetery website maintains that “all of nature”—including man—“flows from the same wellspring.” If a city is a living, breathing thing, an ecosystem of interdependent organisms, I wonder if a suburb isn’t a kind of mummy, an attempt to self-perpetuate. A bid to stave off the moment when the bacteria have sated their hunger and sent in the flies.

Lena Crown is an emerging writer from Oakland, California, though she spent six years in St. Louis, Missouri, and still thinks of it as home. Her work has appeared in Pidgeonholes, Causeway Lit, Oyez Review and Porter House Review, among others. She is currently pursuing an MFA in Creative Nonfiction at George Mason University.