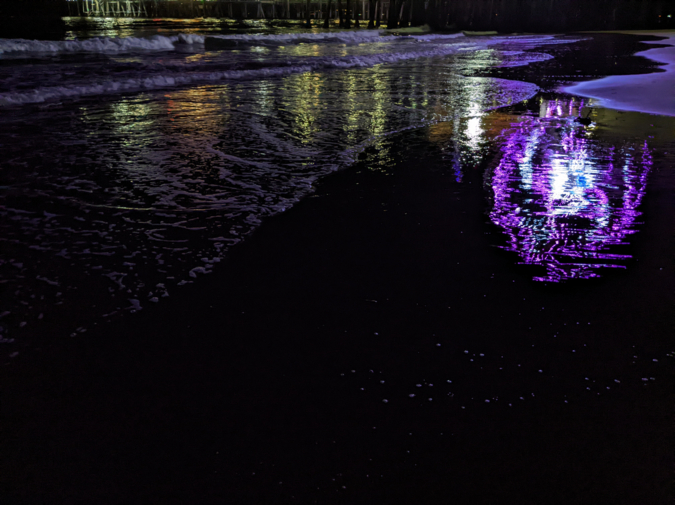 Let’s say you go to the beach.  And let’s say it’s on your own for the first time.  And let’s say you’re 13 and look 15.  Maybe 16.  And let’s say your mom doesn’t know you’re going alone, because Olivia was coming, but the little chickenshit went and told her mom, that stuck-up bitch from Scarsdale, who said why the hell does your father even bother paying for flute lessons?  And let’s say your mom and the Scarsdale bitch don’t talk because of something you’re not supposed to know about from that Labor Day barbecue.  No, not that one.  The one at the Tates.  No, the one at their lake house.  And let’s say you’re wearing that new bathing suit of Amber’s, because she’s screwing at Ethan’s but you’re supposed to say she’s at Brooklynne’s, and when she comes home and both pieces are dripping in her bathroom, what’s she going to do?  Tell Mom?  And let’s say that, during the divorce, Mom promised Amber a boob job when she turns 21, but that’s next summer, and since you take after Aunt Carol, you ought to be modeling this friggin thing, thank you.  And let’s say you walk behind the stands on the boardwalk, where Grandma Bryce always said not to go because those boys smoke.  And — well, you probably already know this — but let’s say those boys really do smoke.  They’re smoking now.  And you walked down to the beach in Amber’s bikini carrying your towel.  No, not the Little Mermaid one, the other one.  And the tallest boy, really tall, drops his towel near his waist the second you walk up.  Remember — these boys smoke.  He offers you a hit.  And let’s say he’s 15.  Really 15.  Maybe 16.  And the other boys leave all at once.  Maybe someone called their names?  You won’t remember if someone called their names.  And let’s say you — this you, the one in Amber’s bikini, the one without Olivia, the one whose mom took a drink to Mr. Campbell, took it to him behind the changing house near the lake where all the girls were tying on our sundresses — this you takes the hit.  Knows she can take as many hits as the tall boy.  Who says he goes to Something Prep.  Says he has a car.  Got a nearly perfect score on his SATs.  Or ACTs.  Harvard’s looking at him, you know.  The tall boy’s looking at you.  You remember that.  He was looking at you and you were both holding your towels.  And let’s say the policeman asks his name, but you didn’t ask it.  Harvard’s looking at him.  And the policeman asks — twice — how many times you said no.  And let’s say you hesitate.  Twice.  That’s bad?  No one told you it was bad.  Like no one told you not to take Amber’s bikini.  Go to the beach.  Take the hit.  Hits.  And no one told you at the barbecue what it was called, that thing behind the changing house, but you found out from Olivia, who said not to tell her mom she used those words, or Luisa would wash her mouth out with soap and she’d still have to play the flute.  And let’s say — and you don’t want to say it — that you just go to the public high school because it was Something Prep.  And the Campbells send Olivia to boarding school.  And when you take a junior camp counselor job with the town that next summer — the summer Olivia spent in Italy, with her school orchestra, someone said — you think you hear someone say your name.  A tall boy.  Not that tall, really.  And let’s say maybe he didn’t say your name after all, because he’s picking up Frozen towels between the chairs at the town pool, and you stop wondering all at once how he’s doing at Harvard.

Tina Tocco is a Pushcart Prize nominee. Her flash fiction has appeared in New Ohio Review, Roanoke Review, River Styx, Potomac Review, Portland Review, Passages North, Sou’wester, Italian Americana, and other publications. Tina has also contributed to multiple anthologies, such as The Best Small Fictions 2019 and Best Nonfiction Food (2020). She was a Reader-in-Residence for SmokeLong Quarterly Issue 72. Tina earned her MFA from Manhattanville College, where she was editor-in-chief of Inkwell.