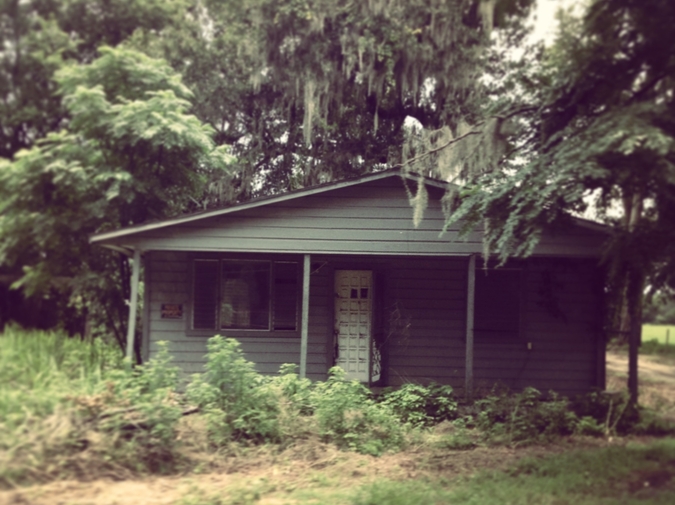 EVERY DAY IS SUNDAY

I go to call her for the ribs recipe but then I think how she doesn't respond to my jokes so I go to text her instead. And what I say goes like this: you used to make those ribs, except when I type it comes out different than what I typed and I don't even use most of the words and the words I do use I shortcut to essential vowels.

So when she sends a respond she goes like this: HUH, and there's no punctuation just them three letters. Well two really just the U between two Hs. And I wait a while longer for a new respond but there isn't one, just the screen frozen there with only the two letters and I know I could wait with it like that for nearly forever. I mean she has it in her to do that and I didn't never used to be the waiting kind.

But now I don't have a choice. And the only chance I have for a respond is to keep sending requests for the things that aren't here anymore, keep em coming and hoping she just might forget. But she don't. And that's why I have to keep em coming.

A while back she said I could call on Sundays. Not call her. Call the kids. They never want to talk when I call during the week so I says I'll call on the weekends and I says Sundays and she says ok. Two more letters, one of which is another vowel. So now I get O and U to go with H and K. She don't forget nothin.


The TV is teaching me how to cook again, which is fine, but the guy teaching me looks just like your husband. And it’s distracting me from learning how to make the perfect ginko nut mousse because all I can think about is you let this guy fuck you. The guy who looks like this guy on TV, I mean.

I met him once. You were there, even, and on purpose. They served us huge schooners of beer and it wasn’t just light beer on tap. It was that kind of place. The kind without any high-def TVs bolted to the walls, without any flickering of men in long basketball shorts or wearing rain gear and fishing with hydraulics and huge metal cages they call “pots.” The guy not making mousse had them bring him three schooners, all different colors, and you drank lemon water. But you ordered the biggest steak on the menu, paired with the biggest lobster tail. And he ordered a basket of sea-salted garlic fries. And you didn’t share any of yours and he didn’t eat any of his.

And I sat there then thinking this, thinking how you would drive him home and pour him into bed and maybe not immediately but inevitably before the weekend was over he would attempt a fuck and you wouldn’t say yes but you also wouldn’t say no and so there it was.

And that’s what I’m thinking instead of focusing on the proper heating and stirring techniques, instead of practicing my article usage—the nutmeg paired with the cream makes the dish, blah blah blah—instead of just about every single thing I should be.

Which is to say this: I miss you. The small of your back, sweaty. From all that sitting you did. It was a long dinner and the chairs were hard and the conversation even harder. The fat of your lip between my teeth. How you didn’t flinch when I grabbed your hand and let me run the meat of my thumb over and over and over your palm until it burned, and when I suddenly stopped you didn’t pull away, let me cup you through your shirt and feel you harden beneath all that cotton and wire.

Trevor Dodge is the author of The Laws of Average, due out this fall from Chiasmus Press. He hosts the creative arts podcast Possible Architect and teaches writing, literature and comics studies at Clackamas Community College in Oregon City and the Pacific Northwest College of Art in Portland. He can be found online at www.trevordodge.com.