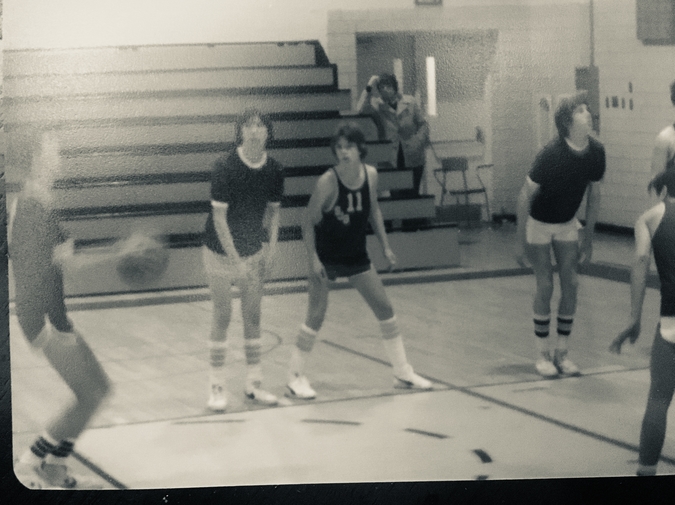 Flat water became rare in the house.
We loosened our jaws and drank
sparkling water from cans. For years
now, it seems the rain has gone off
to buy some cheese and bread. There
was worry for a while. Then anger took hold
of the earth till it cracked of dryness.
Minutes stretched thin and pale
like dough. I thought of the faucet
and it's constant dripping and my inability
to do anything about it. I waited
for the handyman for a minor eternity
and he never showed. Two days passed
before he could come again. There was waiting
followed by more of the same. In the kitchen
the faucet continued to drip. At school,
my students filled watering cans
in the sink inside the office to nourish strawberries
and hot peppers growing in the garden. Before that,
they used a key, that was like a mini tire-iron,
to work the spigot outside
before it became too stripped to function.
In a small pot, behind some hydrangeas,
two sprigs of cilantro sprouted
from seeds thought too old to germinate.
The students were always careless
in their comings and goings, leaving trails
of puddles on the tiled floor. They stayed late,
as asked, to clean up their traces
with brown paper towels,
but never later than the rain.

Yesterday I laid on the carpet staring at the ceiling
wondering how many times it had been painted
and for what reasons and how the slight curvature
of the ceiling and the crown molding I’ve always admired
added precisely 1.8 degrees of difficulty
to the climate of the job. I can imagine the poor guy
in the heat of summer sweating heavy onto his drop cloth
outstretched beneath him, his roller covered in a white
whiter than a herd of skeletons bleached by the sun
in a nearby desert outstretched above his head. Should you
tip your handyman? is something I’ve Googled twice this year.
The ceiling controls the weather not the crown
molding. The flies in the kitchen are distracting,
but they keep the cats busy and I cannot find what’s drawn them.
In the violent white of the bathroom there are also flies, much smaller
and dead already. Their wings pasted to the ceiling by a mixture
of condensation or reflected shower water and dust. What we have here
is an inverted night sky! is what I plan to tell any guest who notices
the grand alabaster overhead interspersed
with specks of black that might be slightly blue if you squint
your eyes the right way. This world is so much more
than trying to make digital people happy. This world
is not just made up of believers and apostates, or of flies
and cats, you can be a doubter or even someone with more
indifference. You could be, as they say, the fly on the wall.
Your buzz neither here nor there, signaling this nor that,
but something else entirely.

Tommy Jarrell was born and raised in Maryland. He earned his MFA at the University of California, Irvine in 2015. His work has appeared in The Squaw Valley Review, Gravel, The Hunger, and 805. He currently lives and writes in Los Angeles.