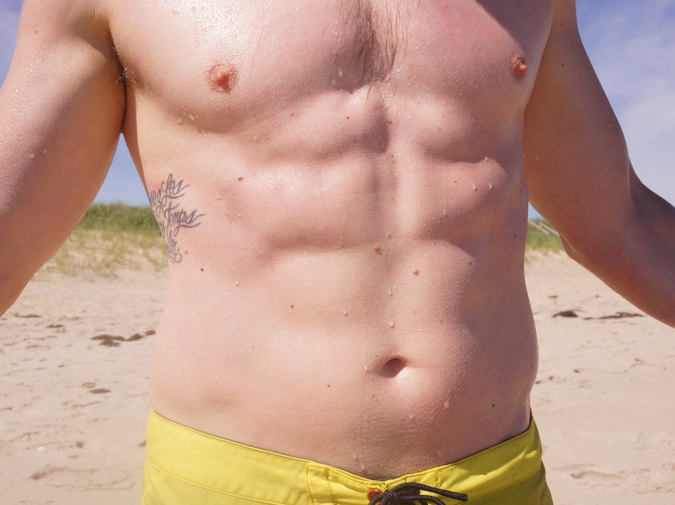 Drunk Text Before The First Date

EMT Who Gaslit Me

The Guy Who Stole My Books

Please Forgive Me If I Fuck This Narcissist

I Only Read Proust

Drunk Text After The Last Date

Am I A Narcissist For Not Wanting To Fuck Him

I Have Something To Tell You

The Guy Who Became My Friend

Are You Afraid of the Dark

I haven’t fucked in almost a month, and without a cock to crave, without a man attached to it who loves me sometimes but mostly loves himself, I’ve been unable to write. And so I log onto OkCupid to generate a new object of obsession, a new fantasy: fodder for a poem, an erection, or both. Right now I’m looking at BlueJay1880, a social work student from Chenango Forks, NY, a town I’ve never heard of but would be willing to drive to if the trip would result in a poem. He likes re-runs of Roseanne, specializes in addiction counseling (could he help me?), and claims he has an innate ability to confuse people (he could help me!). He claims he prefers to see things in a “realistic light” (I shouldn’t write him), and that he likes writing essays (I should). Already I’ve imagined waking up next to BlueJay1880, how his tall, lanky body would wrap around mine, how I’d examine the objects on his bedside table while he slept: a book about trauma, ibuprofen, an empty water glass. And already I’m losing interest in BlueJay1880, the engine of my heart having wound down to a halt. Ugh, I know: the image of an engine is stock, unoriginal, but that’s just the problem: without a physical body to crave, the sweat still ripe on my neck, the lines just won’t come.

For weeks I’ve been waiting for an editor to respond to a batch of poems I’ve submitted. This editor has told me twice that he “seriously considered” my poems for his magazine, but they “didn’t quite make the cut.” Even the violence of the word “cut” terrified and thrilled me, leaving me desperate to be on the other side of the knife. Last night I dreamt that I was in his living room, lying on the couch, daydreaming, while he sat shirtless at his computer, cobbling together his magazine. With this level of intimacy, how could he reject me? And so I rolled onto my side, waiting for the good news. But he wouldn’t move, so I finally stood up, walked to his desk and asked about my status. “These poems are lacking a twist, a unique way of seeing—they complain and complain, but who hasn’t been heartbroken? Sure, they are well made, with a good ear for language, a good eye for images, but we need more than that.” And so I watched him click a little red button, Reject, and continue to work, his hair pulled into one of those stupid buns, his bald chest shiny and grey from the light of his screen.

Even in the dream, heartbreak was not enough, my poems were not enough, and the shirtless editor clicking his mouse was the gatekeeper, the judge—a man I didn’t want to fuck, but who I’d sexualized nonetheless.

While taking a break from writing this, I drew a bath with epsom salts, and as I tested the temperature of the water with one hand, I checked my email with the other and found the rejection I had been waiting for. “While we liked your poem, How to Behave Like an Adult, it didn’t quite make it.” I deleted the email, put my phone in a drawer next to the cotton swabs, and stepped into the bathwater which was hot enough to make my entire body turn red. For a moment I wondered if my flesh would cook, even slightly, and if the threshold of my pain was high enough to endure it. I like bathwater to be as hot as possible so that I rid myself of all the toxins inside me. I’ve been told that the New Age obsession with eliminating “toxins” is unfounded in science, but frankly I don’t care. With every bead of sweat that formed on my forehead, I imagined anger and jealousy and desire budding inside me, eager for escape. Nonsense, I know, but I’m a poet, and is poetry anything but?

Once I’d finished my bath, I sent a series of angry texts to a friend condemning the magazine that had rejected me. “I’m so over this online hipster poetry bullshit. It’s just the cool kids lunch table anyway, and I want no part in it.” My friend and I both knew we would have celebrated had I been accepted, but the safety and thrill of hatred was too much for either of us to resist. I’m jealous of every writer who’s work has appeared in this magazine, and who will receive countless Facebook “likes” for their mediocre poems. I’m angry at myself for condemning their poetry as mediocre, for caring about this magazine at all. Literary magazines are like the men I fuck, whose hands I hold in my sleep and who I hope will let me stay for breakfast—I worship them, idolize them, want nothing more than to be inside them, and then, when they will not answer, or when they answer “I like you, but” they become my new object of hatred, shinier than a shark.

And even now I’m overcome with that toxic desire for acceptance—for an editor to read this and love it, publish it, for a man to read it and love me, fuck me. I can’t keep this all to myself, can’t lie and call it a diary, so let me continue with a slight revision: Dear Reader,

I keep an altar in my room stocked with small objects that hold special, idiosyncratic significance: a figurine of a yellow finch, a chocolate heart, shells from Oregon and Cape Cod, a paperclip, a lightbulb, a lock for which I don’t have the key. I won’t bore you with describing what each of these objects mean to me, what matters is that they do mean something, and each morning I stand in front of them and imagine a cord of light unwinding from my stomach and wrapping around them. There are only two things I ask for when I stand at my altar: love and poetry. Dumb, I know, both requests being fantasies, fantastical castles made of mirrors. But it’s my belief in both that drives me, that allows me to watch the snow fall for hours without boredom. And besides, looking into mirrors is my favorite pastime: I keep one at my desk and spend half of my “writing time” staring into it and twirling my hair into fanciful peaks. So yes, I am vain and naive, but I’m not writing this to escape my faults, but to run into them at full speed, so the force of the crash will dismember me, leaving me with no choice but to piece myself back together, hopefully in the shape of a poem.

I’ve strayed so far from BlueJay1880 and the little patch of unshaven hair under his bottom lip that I’ve already imagined biting. He tastes like cherry Jolly Ranchers. Oh, BlueJay1880, I know I will never write to you, or meet you, or suck your stupid soul patch, but still, the thought of your hairless torso next to mine thrills me, like the thought of having a poem appear in that magazine. I hate myself for wanting, but want is the engine that allows me to write. It’s a trap, one woven of sex and poetry and betrayal—is it worth it?

Patrick Dundon is a graduate of the MFA program at Syracuse University, where he served as Editor-in-Chief for Salt Hill Journal. His poems have appeared in BOAAT, The Collagist, Sixth Finch, The Adroit Journal, Birdfeast, DIAGRAM, Smoking Glue Gun, and elsewhere. He currently lives, writes, and teaches preschool in Portland, Oregon.