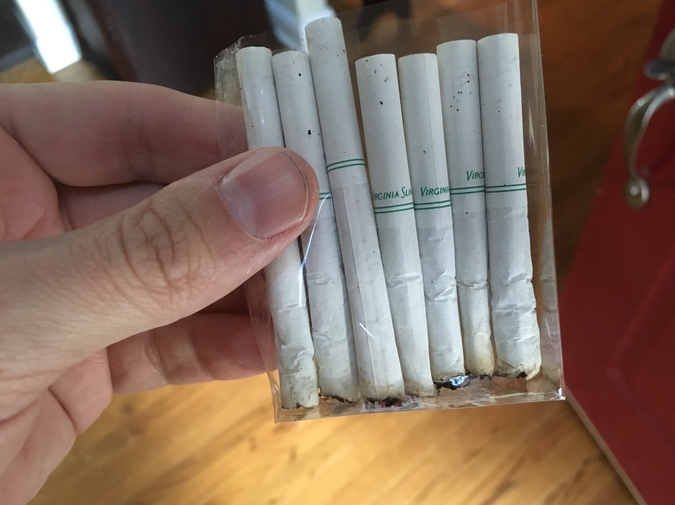 we’re speaking by the heat of the
forge, perspiring, charlie grasping
the end of my steel rod with gloved
hands, i pounding metal atop the
metal shop anvil with a sledge ham
-mer. maybe because i’m speaking
with this boy the only book i recall
on my nightstand is diaries
1910-1913. i like kafka, i say
when he asks what
do i read? i like kafka, too,
he says. we are finding
much in common, he and i.
do you like jorge borges? he asks.
what? i ask, not hearing him above
the roaring fire. charlie
lowers, lowers,
lowers, lowers
the flame. do you
like jorge borges? i
don’t know that i do, or, i’ve
never read his stuff, actually. i’ll
leave him by your stuff, he says.
my shift is over, he says, pointing
to the clock on the wall. on my back
-pack there lies everything and nothing
and a note which reads, “This is the
essay on Kafka. It’s good
but the short stories (which are
at the beginning) are better.
Also here’s my number if you
want to hangout sometime
[7 digits] - C”
i text him immediately,
we should grab lunch, and,
thanks for the book! “Im down.”
i find him on the corner entrance,
at dekalb ave, exactly where
he said he would be, smoking
a cigarette in a tan coat. (i am also
in a tan coat). although i haven’t
in months, i take from his hand, a puff.
do you like soup? yes, i like soup.
so we go and get soup.
i almost give him some of my soup.
he looks as if he thinks i would
spoon my soup right into his mouth.
i say, i forgot it’s gross to share
he says, i wouldn’t think that’s gross.
charlie’s a sculptor & philosopher:
he likes the way the light hits
my glass noodles.
we like architecture,
but we don’t understand it.
i’m not conceptually interested
in sex, i mention, among other intimate,
aesthetic details i share of myself. ok,
he walks me to the train.
he says, i knew we would get along
by the sound of your voice. that’s
pretty, nice, i say. how about now?
now, we hug &
good-bye.

Then getting up
Then going further

Then Charlie says, “I could move to this city alone” & does

Lilly Jenner is a poet and an artist of human proximity. She creates in a variety of forms, including steel and leather, and has four hand-crafted poetry books. Her most recent, In Another Language (2019), is presented as a dance. Her poems have appeared in the Driftwood Journal and have been performed for Ghost & Projections Reading Series (opening for author of The Argonauts, Maggie Nelson), Tooth & Bristle Reading Series, and Ducts Magazine’s Saturn Series. She is currently an MFA Poetry candidate at Boise State University.