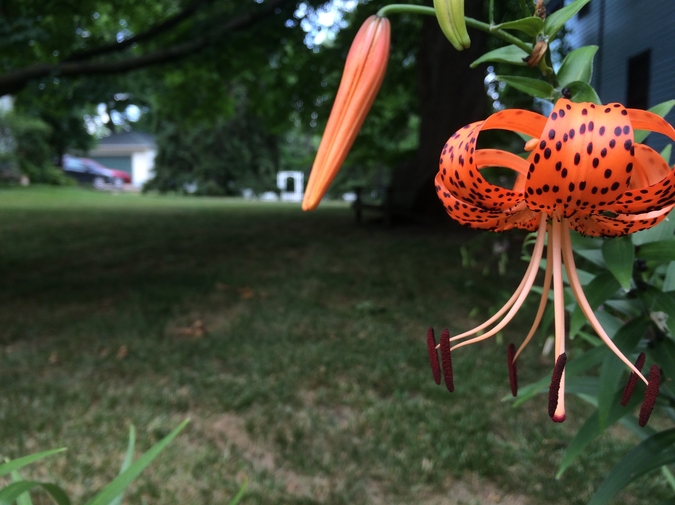 I.
Weird that it happened twice though. Then again
not so weird. This sort of thing happens all the time.
She throws the folded newspaper onto the ottoman and says
she has all the dialogue from every Law & Order SVU memorized.
Just kidding, but basically.

She tears through the plastic shower curtain, stands naked jolting
from the coolness of the ceramic, as if it surprises her.

The door opens. In the sudden rectangle of light
she throws a dress onto the bed. Something
stresses the stairs a new door closes. She
rubs her eyes with the stump of her palm.

We assume everyone has a future
but that has never been true.

II.
A girl and a girl are in love or planning to be.

There is no sweetness here. This year was a hard
edge. I thought about myself too much
to ever be happy, or honest, or feel something
without involving my hands, or too much

III.
but it is summer and beautiful during the day and especially at night.
There are big windows in every room of the house—at 8 pm in the orange
it’s like we’re all glowing.

She picks me up wearing a confusing-looking dress
I know I wouldn’t know how to put on. We go to a house
and stand on the porch and the boys bring up dead jokes
and ask if we’re dating.

IV.
A girl and a girl are in love
or planning to be. One is an artist,
one is unsure she will ever be able to lose
her mind productively.

Naturally fallible, naturally earnest,
she cannot believe the amount of hours she is not actively outbursting

but especially at night. There are big windows in every room of the house—at 10 pm
the trees shake as if to keep each other warm.

Someone says the owner of the house broke her toe during a fight with her boyfriend
and everyone has to go home.

V.
The end of the night has already happened—when people get passionate and impatient and break each other’s bones over it, none of us will do any better,
so we go out to the driveway
glinting like beetle shells, thousands of them.
Thinking this, it is almost hard to look at.

At a museum they stand in front of each painting and mention the dreary
context, the unflinching introspection, the light in the background drowning
out the foreground of the entire swampy trailer park.

A girl wanders down a narrow hall for the restroom and sticks
her head under the faucet. She turns the knob pronged like a helm.
She holds her breath underwater until she feels desperate for something.
Her mascara is waterproof and she resurfaces intact. She goes back out.

VII.
Today all she can talk about are female serial killers.
The most prolific—Elizabeth Bathory—650 victims,
each more inspired & precocious than the last,
and all it took was centuries of inbreeding.

She shows me a painting of a girl eating her own arm.
Where can we hang this?

Nothing could’ve made me
happier.

I am interested in functional options
but sometimes you have to grab
whatever’s closest.

I hand her a dinner plate to cover her bare chest,
painted orchids connected by vine around the rim.

IX.
She looks at my face she says everything feels like I’m in a dream
and the person who dreamt me up is in someone else’s dream
and else and else

X.
She would like me to take a picture of her lying naked across the bridge,
arms & neck & head & legs dipping into the water on either side.

I lay the translucent tarp across her body when she asks.

It was the most auspicious rainfall in months
These are modern concerns, uncertainty being
a phenomenon for those who live long enough

to build a past, and then begin to trust the facts of their lives,
and then disprove them, and then wonder everything

is essentially a middle-American funeral we can measure
with hands or odometers. So we quiver for a reliable

the science or necessity of floating—
no part of their anatomy glows independently.’

Cover your fingers in candlewax, peel back until you
relearn the quietude of childhood
And everyone nods uncertainly,
or knowing when you’re nervous

but while all the world looks at their hands in silence,
everything appears

Kate Monica's work has been featured in journals including The Quietus, Potluck Mag, Hart House Review, Drunk in a Midnight Choir, Alien Mouth, Souvenir Lit, and others. Her first collection of poems, Nervous Universe, was released by Electric Cereal in 2015.