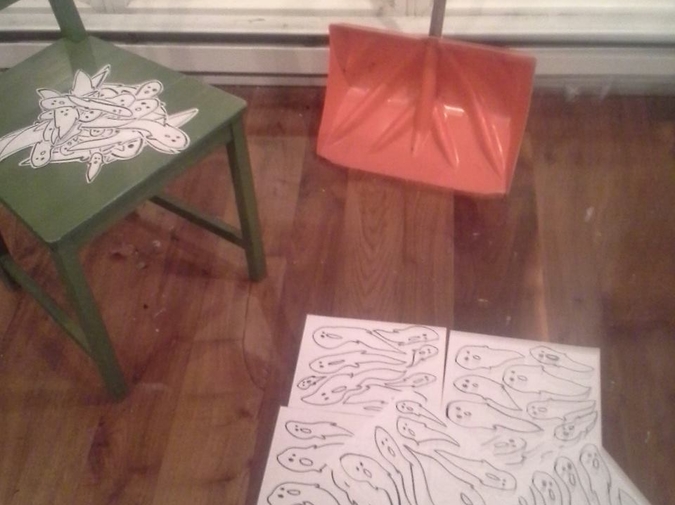 A New Jersey train derails and crushes the station.
I wake slow, make coffee on the other side of the country;
finish the cup while hundreds are rushed to crowded hospitals.
Radio reports a crash in San Jose, the coroner driving Highway 17
to pronounce the dead & an hour ago on the Bay Bridge,
two drivers punched each other out after an accident.
Why did I think all my small sorrows were worth writing?

What once seemed significant is nothing in comparison
to the world & its ills & I know, I know this is annoying
but I hate when something becomes a metaphor without
trying for one; just last night on a phone call to my mother,
she asked about the fire in the mountains & I told her
everything was all right & then she asked how I was doing
& when I thought about the question & said nothing
she told me: Every time you stop talking, it feels like I’ve lost you.

Q: so what do you think of death
A: heard it's a nice place, never visited
Q: what do you like to do
A: i tried to bury my guilt but i hit bedrock
Q: what's your greatest weakness
A: lately it's been hard for me to say 'gorgeous' without only hearing 'gore'
Q: i think i had a cousin with that same problem
A: sometimes i go outside to feed the ducks but the pond's been drained
and all the trees are burning
Q: would you like a glass of water
A: some days i’m more depressive than realist
Q: i know what you mean; just this morning, there was pulp in my orange juice
A: i wonder if the room i will die in has been built yet
Q: any comments about the election
A: what i love about television is when an actor nearly forgets their lines,
and you can see it in their face; that they're afraid, i mean
Q: do you have any advice for our listeners at home
A: stay there