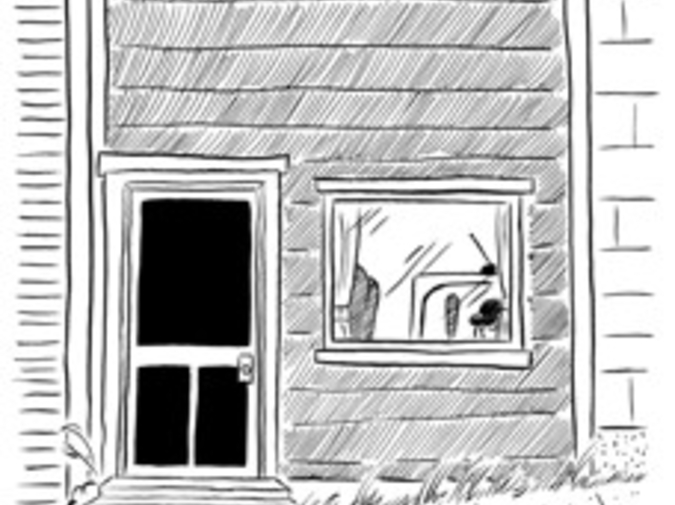 In Remington, concerned neighbors who had not seen Mrs. Gross, an elderly woman who lived alone in a corner house, in almost a week, called the police to report their fears about her wellbeing. She was indeed found dead, her body still in a sitting position and the television still turned on, and tuned to the Orioles game when the police entered the house. In her fingers, she clutched a soft and worn Orioles cap. She had actually settled down to watch the baseball game on an earlier night, the night when she had died. The Orioles lost that game, we determined from the box scores, and were officially eliminated from playoff contention with a loss the following night. The game playing on the television when the police found the woman's body was nothing more than a late-September afterthought of a failed season. The awe that I felt for a certain professional shortstop (of whose team I was not even a fan) almost overwhelmed me when I learned that he was sitting not three stools down from me. I nearly spilled my drink when my companion asked the baseball player to sit with us, and he accepted. This moment was a shining example of the admonition that you should never meet your idols, if you want them to remain your idols. The shortstop began to drink regularly at this bar, which we frequented, and the more we spoke with him, the less we liked him. We even had to change the channel when his team was featured on Sunday Night Game of the Week. He offended us so completely that our stomachs turned when we saw his back at the bar when we entered the room. Eventually, we stopped going to that bar-a comfortable place that we enjoyed in every way, except for that one horrible customer-and after that we could no longer even watch the man play baseball; his fluid, level swing and once graceful play in the field now seemed awkward and labored to us. The athlete whom I once respected beyond the usually strict boundaries of team allegiance had ruined that admiration and, with it, my joy in his play by accepting our invitation to share a drink that one night and then by inviting himself to share so many more drinks on so many more nights. If ever we saw his name again in a box score or a highlight of his at-bat on television, my companion and I both opened our mouths, as if the very thought of him might cause us to vomit.

John Dermot Woods is the author of the novel The Complete Collection of people, places & things. He writes stories and draws comics in Brooklyn, NY. He edits the arts quarterly Action,Yes and organizes the online reading seriesApostrophe Cast. He is a professor in the English Department at Nassau Community College on Long Island.