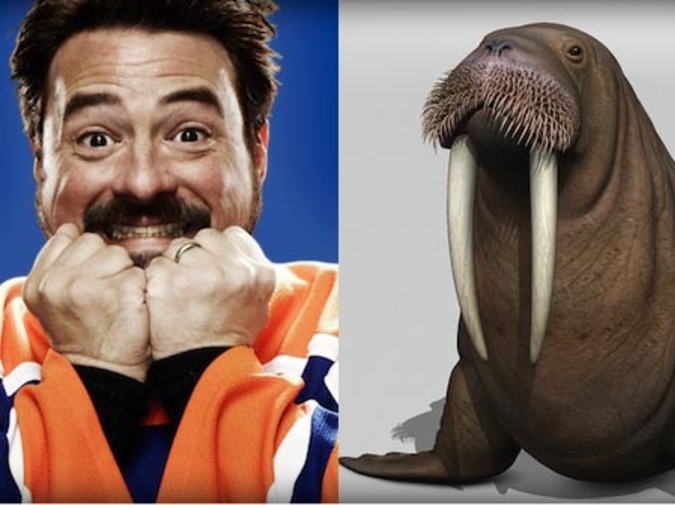 Kevin Smith sucker punched me with a masterpiece right when I wrote him off as tuning out on weed and giggling at his own jokes in a self-pleased daily talk-a-thon, though I stay loyal. He’s a nice part of my ten-year-old nineteen-nineties. Those films are classified special in my embarrassed heart. I confess no guilty pleasure for Tusk. My man went balls deep into no. Genesis Rodriquez has a scene in this Japanese-high calamity that’s the best Smith’s ever directed, and flatly intense, and placed jarringly, without explanation. This film is an anomaly. It’s being critically passed over the same way Crank 2 was. How did America produce a Crank 2? That’s the closest we’ll come to a Takashi Miike film. The first Crank sucked and is irrelevant. Mike Patton invented a slow score to a studio action film sequel that is vastly bonkers. The directors never approached anything on that level again. I doubt they fully understood the perfect storm of poetic fuck you they arbitrarily stumbled upon. We’re going beyond zany into art. Neither of these films should succeed. They diabolically just work. Sometimes you have to say fuck it and cry masterpiece. I have no idea why it’s sound. I’ve fired all the scraps between my ears. Red State was good, more about the ending. Cop Out lost me my interest in Smith as a person. I even hung in with Jersey Girl, okay. I mean, okay. Carlin. Yeah? I think he focused much more on editing. I think he was on when he fleshed out the joke. I think he didn’t give the precise amount of a fuck. And I can’t hide my teen glee. It’s its own thing. I don’t think I’m capable of arguing with anyone who’s against it. Any complaint is fair enough and you win. But. I mean. He did it. Tell me why I’m wrong? I’m confused. I don’t know what I saw, but dammit I like it. This man is crazy. And a childhood hero of mine. It’s tongue and cheek. It’s a walrus. Don’t fuck with me. It’s on its own level. I don’t know who I am, tangentially. This movie made me want to rent some fast food and return it in the morning. It’s like Human Centipede is a million dollar idea, executed kind of poorly, topped by its sequel as far as style, but Smith abandoned the theme and just hammered his own sharper style into this silly body horror. Smith has lived a safe and wonderful life and has somehow made a little art despite that. Anything is possible with enough mutilation.