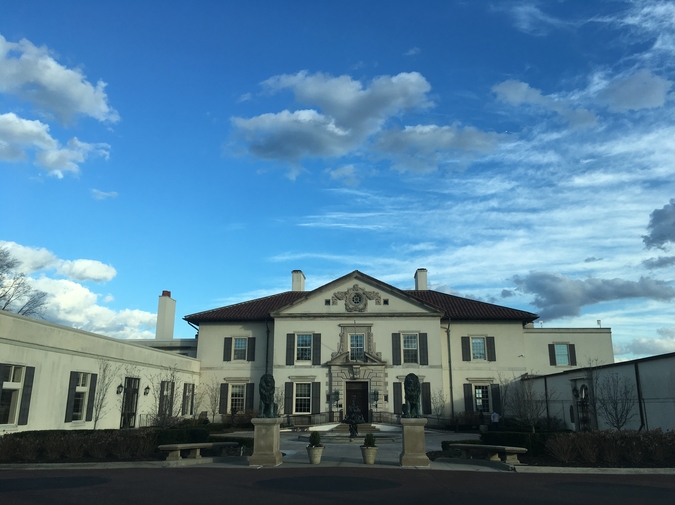 “Well, just be careful you don’t get caught with your pants down at the wrong kinda toilet.” That’s what my neighbor in Wisconsin had said when I told him we were moving to North Carolina the summer after the bathroom bill. Among other things, the bathroom bill had required people to use whichever bathroom corresponded to the sex listed on their birth certificate. Supporters of the bill claimed it protected women and children from perverts; opponents said it discriminated against non-binary people. There had been months of quarreling and confusion over where and how the law applied, followed by a loss of millions of dollars after companies, movie projects, entertainers, and sports associations all boycotted the state on account of the bill, which, in the end, only served to clarify a definition: A restroom was not named a Men’s Room for being occupied by self-identified men.

For a while, there were more people opinionating about North Carolina’s toilets than there were people flushing them. That’s no surprise, though. The Southern population has always been outnumbered by Southernologists—those with eager theories regarding the wheres, whats, hows, and whys of the South. Maybe that’s why I had expected to encounter more Confederate flags than I’d known in the Midwest, even more guns, diesel pickups, and dip tins. But by now I’ve driven as far south as the gulf and north clear to the St. Lawrence, and I’ve found no evidence that this country is something other than an ebbing and swelling of virtues. Maps and distinctions can be useful abstractions, but as soon as we name an identity, we limit it. We declare what it is and is not to be Southern, white, ladylike. It is worthwhile to consider who profits from these definitions.

Later that summer, the summer after the bathroom bill, I was waiting in line for a restroom at a popular brunch joint in Asheville. There were two single-occupancy bathrooms in the back near the kitchen. Both had gender-neutral door signs. A young man in line behind me noticed the signs and scoffed. He carried all the trappings of a modern male tourist: the boat shoes and coral colored shorts, the Vineyard Vines t-shirt and backwards baseball cap.

“I guess this place is too trendy for guys and girls bathrooms, huh?”

To understand North Carolina’s bathroom bill, you must know that it had been preceded by an anti-discrimination bill in Charlotte. Authors of that Charlotte bill hoped to reduce assaults on transgender people by allowing them to use the restroom of their choice. That first bill only applied in Charlotte. Still, Republican state legislators retaliated swiftly, drafting and passing House Bill 2, the bathroom bill, in less than twelve hours.

The bill covered more than just bathrooms. It also prohibited municipalities from setting minimum wages, child labor laws, and anti-discrimination policies in excess of state law. However—and this is key—the actual bathroom portion of the bathroom bill did not prevent private establishments from designating toilets as unisex. That’s why I was stumped when the guy dared us with his little goad about the unisex situation being “too trendy.”

Years have passed, and I still haven’t sharpened a comeback. I’m not claiming that gender and the South don’t exist. They’re as real as language, and they endure because we name them. But when does an identity become a label, an institution—and who arbitrates the definitions? Politicians and tourists? This region wasn’t named The South because Southern people lived on it, after all.

It was my turn in line.

Trendy compared to what? I wondered. I studied the room’s fashions. A mirror hung above the sink, just like any I’d ever seen. The toilet, meerschaum-colored. Coat hook on the door. Tile floor. The walls were an unremarkable tone I’ve since forgotten. An automatic spritzer diffused a chemical imitation of hospitality. Then I looked down to my hands at the only particularity that distinguished my accommodation from the one on the other side of the hallway, from any restroom in the Midwest or the Southeast or from any hole scraped from earth.

Trendy? You mean this ol’ thang?

Ryan Matthews lives with his family in Madison, Wisconsin where he advocates for organic farmers at FairShare CSA Coalition. He studied journalism at University of Wisconsin-Milwaukee and earned his MFA from the Bennington Writing Seminars. Ryan has worked as a reporter, a groundskeeper, a copywriter, a coffee roaster, and a bookseller.