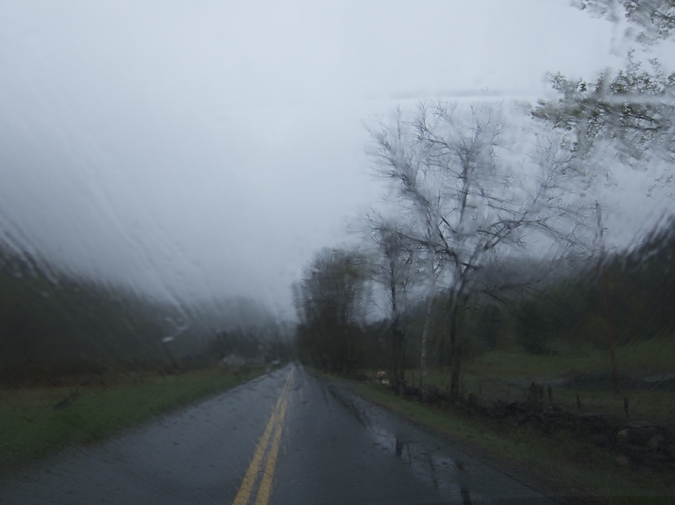 I towed my worldly goods to a remote plot with real snakes in the grass, real primroses near pathways, and I wasn’t a tisket-a-tasket girl running errands but an adult with a narrow skill set that had sent me toward serial opportunities, jobs, my career not careering but ascendant as I checked off items on widely circulated how-to lists, but no one could tell me how to succeed at love. People who hired me knew previous people who’d hired me, and my reputation grew, good at work, bad at love. Portents. Omens. Would I get some? I’d been too picky, a vague voice on the phone, my father’s, said. Eavesdropping, I heard, not meant for me, about me, my supervisor describing me: otherwise intelligent with unaccountably odd taste in men. Amused at his succinctness, I took to introducing myself this way, but no one could handle irony, the locals literal, my effect caustic. I explained it: the adjacency of deliberately opposite things. I stayed matchless but ordinary, billing-and-cooing-to-no-avail a condition so common then that Newsweek declared women my age more likely to be killed by terrorists than locate love.

Everyone gets three wishes, I believed, and I stood outside and thought, don’t hunt, just wait, and the stars shone as I heard rustling, footfalls on sere leaves, deer foraging, and the next night at a wild party a man asked three times if I liked ballads. I said: No. No. No. Also: Why do you ask that over and over? Our conversation waltzed, a cadence. He said, “Feisty. I like it.” He tracked me down with his wishing-well eyes, his limpid eyes, eyes of a newfound familiar. He was here, now, native. My irony flew out the window and away. I settled. (What links them in nature? An instant of blind rut. James Joyce.) I’d hoped for a mutual something else too, but no. Nil. Squat. Beans. He started buying Airstream trailers, Airstream trailers sprouting tubular across green acres. He’d inherited land, houses. Yet he slept in the Airstreams, an investment, he said, their value going up, up, and he’d likely recoup, but for now he wanted to sleep in a different one every night

He spent princely sums on AMC Pacers and parked them too. He said, “I had a dream I was driving to California in one, and California seemed like the future, so I invested.” My heart lurched hopeful because he believed in signs, in stood-fors, in metaphors, so we had that in common. But such useless stood-fors, I admitted next, this collecting jones so harebrained and cockeyed, so loony, I couldn’t pretend he was bright in his own field, his own field filling with rusty trailers and cars. He said “A friend asked me why, and I gave him the same answer, that I’d dreamed I was driving to California in an AMC Pacer, and this was a sign the car was my future, and my friend said, ‘Fool. The dream meant you should move to California.’” So said my investment, my used-to-be quest’s end, also “Ha ha,” because he, unlike me, didn’t mind a wrong turn leading to a good last line. I’d been led here, to this temporary alignment, he dreaming himself somewhere but staying still, and I was revving up but wishing myself still, deep-rooted. No magic. No magic. I didn’t stay.

Debra Monroe is the author of two story collections, two novels, and the memoir On the Outskirts of Normal (2010), and the memoir My Unsentimental Education (forthcoming, 2015). Her books have been widely reviewed and have won many awards, including the Flannery O’Connor Award. She has published essays in Longreads, The New York Times, The Morning News, The American Scholar, The Southern Review, and Guernica, and two have recently been shortlisted for The Best American Essays.