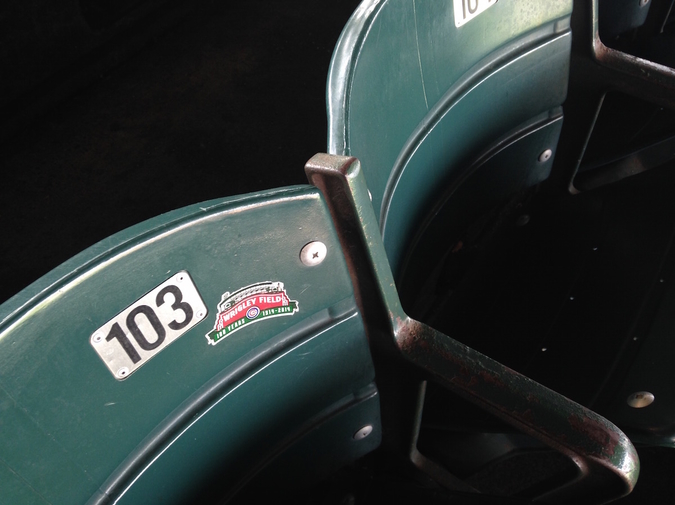 “I seriously overestimated the value of Darryl Strawberry.”

I was talking to Kenny on the way back from a weekend trip over to Gainesville to catch the LSU- UF series with a buddy of mine. My buddy lives there and it’s always mildly tense because the two teams are always good and he wears orange and blue while I dress purple and gold. He answered the door with an announcement.

“So I started collecting baseball cards.”

He gave way to passage into his home, and his coffee table was canvassed with stacks of cards. He’d sold his old collection 25 years ago for college money without much thought beyond the books and beer he’d buy with the scratch. But lately, he’s been missing his heroes. The cards aren’t worth what they used to and they sell a lot cheaper than they used to, so he’s going after every card he ever had in addition to every card he ever wanted. Thumbing through them took me back to so many mornings on the bus with my binder on my lap and Beckett price guide on the seat next to me. The ride to school was the most important time of the day. If a trade was going to happen, it was best to push it through in the morning before anybody had time to think about the consequences. It was a morning bus trade that resulted in my coughing up an Upper Deck 1989 Ken Griffey Rookie card for a 1989 Fleer Nolan Ryan base card. I was a sucker for Nolan Ryans back then, and everyone knew it - and those two factors led to some questionable 9-year-old business decisions.

Notwithstanding any Nolan Ryan obsessions, in 1989, I was a Mets fan (it was Shea Stadium, after all, where Ryan began his career). However, all of my friends were Cubs fans. We lived in Louisiana, and there was no local baseball, so what we got was WGN-Chicago. And WGN-Chicago brought us Mitch “Wild Thing” Williams. We all wanted to be Wild Thing. This fever was only fueled by the release of the film Major League and introduction of Ricky “Wild Thing” Vaughn. None of us were allowed to watch the R-rated ball flick, but Beau Hebert from down the block had a cool older brother who snuck him in and Beau told us all about it. But who needs R-rated Variety Magazine anointed crowd-pleasing fun when we had WGN-Chicago. We huddled around the wood enclosed 1989 Zenith, fighting for space as we all imitated his topple off the mound, eventually taking turns and showing out who could topple post-windup-and-delivery better. Points for authenticity. But also points for hyperbolic acrobatic gyration if a) the physicality was inherently impressive, b) the exaggeration resulted in gut-busting laughter, and c) the movement was logically linked to the source material. We didn’t know what satire was, but we were with-it enough to intuit the importance of some tether to reality when cracking wise. Four nine-year-olds lined-up in the living room mimicking pitching from the stretch then all falling over - some of us brave enough to flip at the end - was a site to see as we all writhed on the 1989 brown shag carpet after each pitch. Even though I did participate in the shenanigans, I lied a minute ago. I did not want to be Mitch “Wild Thing” Williams, not when Doc Gooden of the Mets threw so hard and looked so cool the way he spun the ball. I wanted to be Doc Gooden. The only thing was - I was white. But Wild Thing was a leftie - something to me, at the time, far more foreign than skin color.

I didn’t know about the arrest in Tampa in 86. I didn’t know what cocaine was. I knew officer McGruff told me to say no to something or we would somehow start forest fires, but drugs sounded like medicine and I didn’t like taking medicine anyway, so I pretty much ignored all of the other stuff from those assemblies, because assembly time was baseball card time with anyone who didn’t ride Bus #167, which brings me back to Kenny seriously overestimating the value of Darryl Strawberry - whose value I not-so-coincidentally also overestimated. Darryl was Doc’s wingman. He was the skinny guy with a grin bigger than his face who hit the long ball who, in 1987, hit 39 home runs. And in 1988, hit 39 home runs. He played in right field. And I played in right field (it didn’t matter that I was there because I wasn’t very good). I wanted to hit 39 home runs for the Mets just like Darryl Strawberry after striking out a bunch of people just like Doc Gooden. I mean, Strawberry was drafted in 1980 - the exact year that I was born - and I thought that was significant. The biggest obstacle between me and my dreams was the height issue. I was small for my age, but Dr. Hansen told me that one day I was going to shoot up to be as tall as my dad, and my dad was huge. My dad was only 5’11”, but that was huge enough, and what’s an extra half-a-foot? At nine-years-old, height almost seems like something you order out of one of those catalogues they pass around at school before the book fair.

In 87, Strawberry was a Topps All-Star. Donruss proclaimed Strawberry a Diamond King, and he got a cool sketched portrait feature card. In 89, Donruss told us Strawberry was an MVP. in 89, Fleer featured a Strawberry All-Star. In 91, Fleer upped the ante and released a Strawberry Pro Vision card featuring a focused Strawberry holding a bat with some space-age nuclear action in orbit around the barrel. The Fleer Pro Vision Gooden card had flame coming out of Gooden’s glove with his leg kicked up as he stared you down. Each of these cards were must-haves for my collection, protected in the clear plastic pages behind my Nolan Ryans.

By 1995, I’d stopped collecting. I’d earned a spot on my school team, and there was work to do. I’d pitched long enough to realize that I was not-no-how-not-no-way-ever gonna be Doc Gooden. I’d stopped growing at 5’10”. And I’d figured out the deal with cocaine. I hadn’t experienced it, but I’d seen Pulp Fiction and determined that getting stabbed in the heart with a colossal needle didn’t seem like a lot of fun. In 95, Strawberry got suspended because of his involvement with the Peruvian dancing dust, and I knew I liked playing ball, and that was enough to put me off powdered sugar for a while. It was the end of that year that I saw my old hero on the news. That big grin was gone. He’d failed to pay child-support. My parents were divorced. My dad was only 5’11” and hadn’t seen me play ball, but he paid on time. Gooden was also suspended for the entire 95 season. I quit them both. I unloaded all of my Strawberry and Gooden cards. All of them. Sold them for nickels to buy Big League Chew and sunflower seeds. New York City agreed. They replaced their formerly prized Dwight Gooden Times Square mural with one of Charles Oakley. In 95, TBS replaced WGN-Chicago and I was in the market for a new team. The Braves replaced the Cubs. Doc was replaced by Tom Glavine, Greg Maddux, John Smoltz, and Steve Avery. The Straw Man was replaced by Chipper Jones and David Justice.

“I seriously overestimated the value of Darryl Strawberry,” said Kenny.

We all did. On ESPN Classic, Mike Pluma titles Strawberry’s Sportscentury Biography as a “Story of Unfulfilled Potential.” In Sports Illustrated, Tom Verducci wrote, “The High Price of Hard Living: Reckless years in the fast lane, fueled by alcohol and cocaine, have cost former New York Met phenoms Darryl Strawberry and Dwight Gooden the prime years of their careers.”

But even though we’d broken up, I was rooting for them. The Straw Man got it together. In 96, he was back with Gooden and they won it all for the Yanks. I hated the Yanks, but was happy for my old boys. It felt like watching old teammates succeed after we’d all gotten traded away. I even picked up a rogue Strawberry card in Yankee stripes and tucked it into my American History textbook. In 98, Strawberry was back again, and the card I’d hidden away in my textbook had made it to the desk in my room alongside other heroes Ricky Henderson and Nolan Ryan. Yet, in 2002, he was in new stripes. Orange and white ones. I was 22 and way past baseball fantasy, but it still broke my heart, seeing the slim man with the big smile that could hit the long ball look so beaten and tired.

Over the last 28 years, Darryl Strawberry has paid Charon for passage to Hades and back again six times over. In each post-downfall interview, he’d sound sober and wise and reflective. Now he seems to be a pastor and the owner of a very colorful website claiming to restore lives and relationships. He voiced to the New York Daily News that he’s trying to save Gooden’s life - calling his long-time teammate a complete junkie-addict. But the New York Post reported that Gooden claims he will never talk to Strawberry again. I hope the Straw Man can save him. Doc could sure spin a ball.

I’ve recently moved to Tampa, and I’m going to give the Rays a try. From the outside looking in, it seems like it’s going to be a rough go of it. But I want to cheer for the same guys as my son will cheer for, even if jumping on that Cubs bandwagon is as tempting as it ever was. I want to be able to talk about his heroes with him. Evan Longoria, Chris Archer, and Kevin Kiermaier seem like nice enough guys. And Chris Archer’s a rightie.

As Kenny and I wrapped our conversation about Darryl Strawberry (which had somehow become more about Transformers), Kenny said, “Man, Cal Ripken, Jr. he was a stud. He was a good guy. I should've collected more of him. By the time I realized I liked him, I didn't seem to ever get one. And I would try to trade for him, but all I had were all of those Darryl Strawberrys.”

It turns out I had a healthy stack of Cal Ripken, Jrs. I pulled a 1990 Donruss Cal Ripken All Star Card # 676. The Iron Man is mid swing in a frame of red ornamented by his name in white cursive at the top. It’s still bright and sharp as the day it came out of the wax pack 27 years ago. If you stick your nose right up to it, there’s still the slightest hint of that new baseball card smell. I address an envelope and stuff it with the card and a note.

Travis Kiger was born in Thibodaux, LA, and grew up in a lot of places. His work has been published or is forthcoming in Cleaver Magazine, Bull Men’s Fiction, Bridge Eight, The Dead Mule School of Southern Literature, The Good Men Project, pioneertown, and elsewhere. When he is not talking about books and writing at Keiser University, he is teaching his son to hold the bat with two hands.