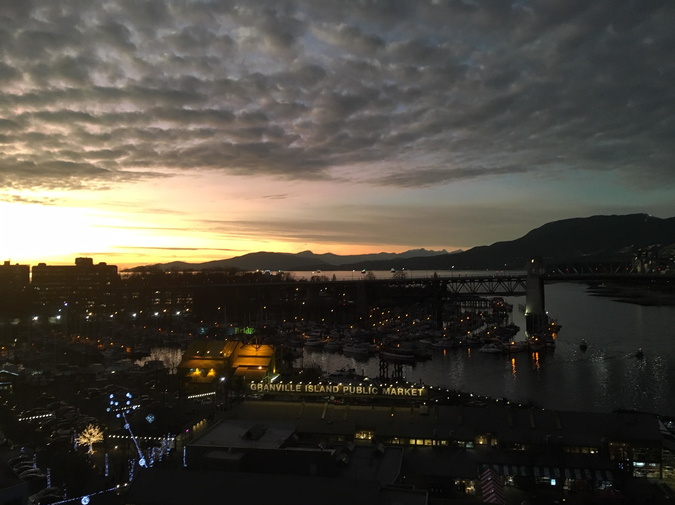 I was out at a bar, very drunk and five-days single. I squinted at my phone screen with one eye shut. In an unsurprising act of self-destruction, I texted an ex from over a year previous who had not only broken my heart, but also devastated my self-esteem. A couple months before this, we had kissed. That had been the catalyst for the break-up with my then-boyfriend.

I texted him: I’m single now. Want to meet up, do a lot of m and fuck all night?

He responded: I can’t. I’m seeing someone.

I replied: I don’t care.

He wrote: Okay, come thru.

I left the bar and staggered out onto the street, confused of where I was exactly, and mistakenly took the long way to his apartment.

“What took you so long?” he said, once I had arrived. “I’ve been waiting.”

I followed him up the stairs up to his apartment and once inside he made parachutes, wrapping loose MDMA in tissue paper. I popped the parachute into my mouth, swallowing the paper and all, and then we waited, listening to 21 Savage and Blood Orange as we talked. We caught up on each other’s lives, asked questions about the other’s dalliances, and I felt close to him through an earnest curiosity and a frank honesty that didn’t exactly exist within the confines of our past relationship (in the sake of preservation of said relationship).

We were no longer together; no one owed the other anything, yet there was a fragile vulnerability that existed in this in-between space. It was difficult for me to untangle this new sense of him from the past way of knowing him. I cared deeply about him and I wanted him to care about me, too.

After forty minutes or so, the M we had taken was kicking in and I started to feel tingly and sensual. I also started to feel the urge to crack myself wide open and shake out all of my inner contents, wholly revealing myself to him. I started to trust a person I should not be trusting. That’s the problem with drugs.

We started to discuss what had gone wrong in our relationship. Shortly after we had broken up, he had become bedridden for months, dealing with an ongoing chronic illness.

“You know I would have taken care of you,” I said.

“I didn’t want you to see me like that.”

“Well I would have. I wanted to.” At this, he said nothing. The possibility of what could have been hung in the air between us, suspended in the reality of what had actually happened. I had gone on to date a friend of his, and he had dated a girl he’d been talking to behind my back. It had all shattered and fallen apart in such a devastating way. I had been hurt and upset for months. But now we were in his room together again, and none of it seemed to matter anymore.

He moved onto the bed beside me, and we kissed. We undressed and soon we were having sex. It had been almost a year. I missed him. I missed the way his body felt on top of mine and the way he looked at me right before he was about to come with an intense, manic look in his eyes. That look always made me feel so powerful; as if the intensity in his eyes was because he wanted me so much he couldn’t handle it. In that moment, he only had eyes for me, and no one else mattered.

After we fucked a few times, we lay beside each other, naked, our eyes fluttering open and mostly shut. I was weighed down by the feeling of the MDMA, but I felt relaxed and calm.

“Yeah,” I said. He turned over. I ran my fingers up and down his back and through his hair. I love you, I thought, and the thought surprised me. Even in that state, feeling dreamy and detached, I knew not to say it out loud. The problem wasn’t that it was untrue; there was just no reason to be so vulnerable when I knew he didn’t love me, too. I traced it on his back instead.

The next morning, he asked me about my break-up, the one that had taken place five days prior, with the guy who came immediately after him—his friend. He had been so angry and immature about the whole thing—this I forgot, as I delved into all the details and admitted truths I hadn’t even told myself yet. I didn’t realize it, because I was coming down and also appreciating our newfound openness with each other, but he was becoming jealous, and soon our conversation became a competition I didn’t know I was playing in.

“I’m seeing someone,” he said. “And I’m going to date her.” He smirked, and his eyes lit up, excited by the prospect of crushing me.

“Uh huh,” I said. “Really?” I had assumed he was seeing someone casually, and I found this a bit unbelievable, seeing as I was currently naked in his bed, but it still hurt, and the bubble of prospective hopefulness in my chest popped.

“Yeah, I’m going to make it official, soon. Really soon,” he said. He nodded vigorously as if to make it truer. I must have looked like a pitiful puppy whose just been kicked by its owner for the first time. But it wasn’t the first time, so I felt even more stupid.

“I’m going to date her,” he repeated. “But don’t worry, I’ll be single again. Probably soon.” He laughed, and I felt the ground beneath me start to crumble; I was destabilized by my own weakness. I had been just so happy to be around him, after spending months fantasizing about what our reunion might be like, and now he was pelting me with casual cruelties, and he was quite enjoying himself while he was at it. A familiar feeling crept in, resembling pain, but it wasn’t pain—it was loss of power, control. That’s what it was always about with us—who cared less, who was happier without the other, who had really moved on. But he would always have the upper hand, because I really did care, so I was always the loser, the one who ended up hurt.

“Do you want to fuck?” I asked. I was trying to get my power back and turn the tables in my favour in the only way I knew how—with my body.

“You know, ‘cause of the girl…” he trailed off as I threw the blanket off of me, revealing my naked body. My hand moved down my body, and then I entered myself with my fingers.

“Take a video,” I said. He took out his iPhone and started filming. We always loved to watch ourselves fuck. This was a way for me to keep something of us—proof that we had existed together. I was always trying to prove to myself that what we had was real, despite the evidence to the contrary.

After, I gathered my clothes and stood near the front door awkwardly.“Well, now it’s all good between us, we’ve settled the beef, so it’s chill now. I can see you out now and we can be friends,” he said.

“We’re not going to see each other around,” I said.

“Yeah, we probably will. I’ll probably see you soon.”

“Yeah, we will.” I was confused by his self-assuredness. I thought maybe it meant he wanted to see me again, but that was only wishful thinking. I left his apartment, with the feeling that it was probably the last time I would ever be there.

I walked home, instead of taking the bus, as I always did after leaving his place, in an anxious, manic state and feeling like I had energy to burn. I felt small, like I always did after fucking him. I acknowledged that I felt a severe drop in self-esteem. I knew I shouldn’t ever sleep with him again, while at the same time feeling hungry for more. The hole I felt that only he could fill, he had also created. I wondered if he even cared at all. But if I had to wonder—that was the answer right there. He would never love me, he would only leave me with bits and pieces—traces—and when he was gone, I would wonder if anything had ever been there at all.

Hailey Rollheiser is a writer in Vancouver, B.C. She completed a B.A. in English literature at the University of British Columbia in 2017. Her work has appeared in The Rumpus, Loose Lips Magazine, and SAD Mag. She is a recent graduate of The Writer’s Studio at Simon Fraser University. You can find her on Twitter at hdroll_