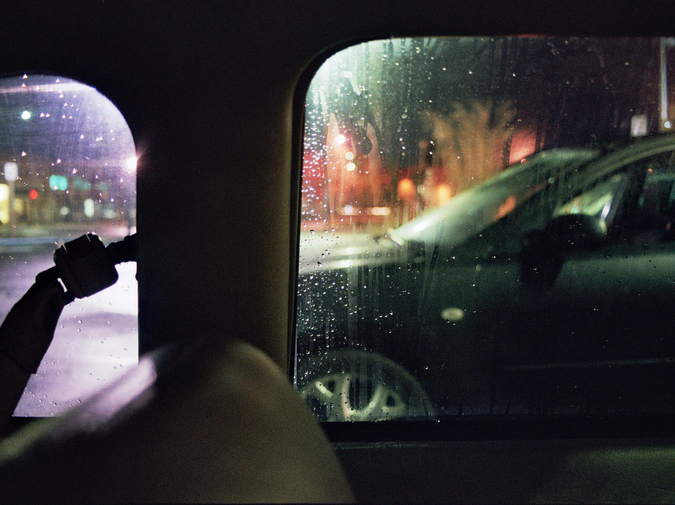 Midway through the school year one of the kids in one of the other sixth grade classes hung himself, so we couldn’t call the game we played in the mornings ‘suicide’ after that. The teachers made us call it ‘wallball.’ But they still let us play it, every morning before homeroom, against the wall of the gym. That's where I first met him.

I had heard the stories, of course. Despite quitting little league after one strikeout filled season I couldn't avoid hearing about Tommy Suarez. How he had no hit the Boyle Insurance Tigers, fanned fourteen Mahoney Automotive Mariners, led his Jack’s Convenience White Sox to the city title.

Word was that at the police carnival he'd been clocked at 93 on the radar, and while it may have been a fast gun, exaggerated a few MPH so the cops could give out more tickets at the Green Street speed trap, that was still insane for a 12 year old. Faster than any starter on the Sox staff, other than Clemens of course. Much faster than shitty John Dopson anyway.

By the time we made the move from elementary to middle school he had taken on a sort of mythical status. And rest assured, among all the angry young men on the suicide battleground, eyes filled with hatred, eager to ease some of the frustration inherent in being a pubescent boy by nailing somebody with the perfectly placed tennis ball nut shot, he was the most imposing presence.

A big, strong kid, dirtstache partially concealing a malevolent grin, he looked like he wanted to cause pain. And that magnificent arm of his was capable of delivering it, turning tennis balls into cannon blasts, leaving bruises and bloody noses in its wake.

I’d mainly stick to the margins of the game, fielding slow little rollers and tossing them against the wall, never taking any chances. While some of the more daring kids would line up right next to Suarez, I’d stay as far away as possible. A smart strategy for sure.

My buddy Matt made the foolish move of standing toe to toe with Tommy one morning. He bobbled and dropped a sharp bouncer and before he could even begin to run for the wall Suarez was all over him. The hard shot he took square in the back must have hurt like hell, but it was nothing compared to what would follow; by rule, he had to stand against the wall and give the fireballer a free shot.

Matt, poor bastard, tried to put on a brave face as Tommy went into his windup, but he couldn’t hide his fear as the ball headed for his nose.

Smash! Straight into the nose with a sickening crunch and out shot the blood. There was never any doubt that he had broken it and as Matt made a beeline to the nurse’s office, Tommy smiled, stretched out his arm, and yelled, Sucks!

My only middle school conversations with him came on Monday mornings in the cafeteria while we waited to get our weekly free lunch tickets.  Alphabetically I was between him and his lackey Joel Sanchez, and the two of them would grill me about my last name.

My dad’s from Mexico.

How come you don’t speak Spanish then?

I don’t know, I’d say, and then they’d start fucking with me.

Tommy would ask Are you a puto? and Joel would laugh.

Are you a maricon?

That was it though. Their bullying never got too bad, and afterward I felt that Tommy had gained a sort of grudging respect for me. Maybe he was impressed by the way I wouldn't wither at his insults, or maybe he felt some sort of solidarity with one of the few other Latino kids in our oppressively white, super segregated Boston suburb. Whatever the case, his jock buddies soon stopped fucking with me too and my middle school experience got a lot less hellish.

We didn’t have any classes together until sophomore year of high school when he was an all state professional pitching prospect and I was a lazy punk in a schwag smelling Banned in DC shirt.

Remedial classes brought all the factions together.

We sat next to each other in the back row of Mr. Grant’s sixth period Spanish. I’d be bored, annoyed, reciting Simpsons quotes and Dead Kennedys lyrics in my head. He’d be partially paying attention to the lesson, partially focused on the baseball that was always in his hand. Practicing different grips. Split finger fastball. Change up. Slider. It was all more interesting than learning about the Usted form or how to conjugate verbs.

We didn’t interact much. Sometimes we’d share a laugh at the expense of the fat kid who sat in front of me. Tommy would pepper him with spitballs until he turned around, then stare him down and mouth, What motherfucker! followed by, Sucks! when he’d sheepishly turn back.

One day near the end of the second term Mr. Grant asked us to stay after class.

You’re both in danger of failing, he told us. If you don’t pass the final I’m gonna have to give you both F’s.

Tommy started to focus after that. The baseball was moved to the side of his desk and the spitballs stopped flying. He took notes, paid attention, participated, and generally gave a shit.

I'd see him in the cafeteria sitting at the head of the jock table, Bienvenidos! book open, studying his hardest.

The day of the final came and I prepared by spending a solid twenty minutes before class skimming the book, confident that I could pull off a D.

Just pass my classes, move on to the next grade, graduate with a solid 1.5 GPA, and waste my life working some shitty job. That was the plan, the American dream.

Mr. Grant passed out the papers and Tommy looked nervous in a way that I'm sure he never looked on the mound. No Middlesex league batter could come close to putting him under the amount of pressure that this final was.

I finished with no problems in about fifteen minutes and had plenty of time left over to lay my head on my desk, daydream about getting blazed, and watch Tommy as he struggled his way through it.

We got our grades back the next week. I calmly lounged in my chair as Mr. Grant walked by and handed me my paper with a big red C circled on it. Mission accomplished.

I showed it to Tommy and he nodded, but he feared that when his time came he wouldn’t be so lucky.

There was no trace of the usual smirk on his face as he waited. He gripped his baseball tightly with his pitching hand while biting the nails on the other. Finally he got the bad news.

A small, disappointed F was sadly scribbled on his paper. He looked down at it a few times, looked over at me, looked up at Mr. Grant, as if he couldn’t comprehend what had happened.

In a flash the denial turned into anger.

What the fuck! he screamed in the teacher's’ general direction.

Tommy, we can talk after class, he calmly replied.

No! I don’t give a fuck! Tommy raged.

Still hoping he could avoid any kind of major incident, Mr. Grant sat down and said, If you just take a seat we can discuss your grade later.

Too little too late though. Ball in hand, Tommy leapt away from his desk, went into his windup, and fired a fastball across the room.

To this day I’ve never seen a ball thrown harder. Not from Clemens, or The Big Unit, or Pedro in his prime.

It sped through the air and connected with the chalkboard. There was a horrible crashing sound, like thunder or a car wreck, and the board shattered and fell to the floor.

Everything froze for a few seconds. We all sat in stunned silence, trying to comprehend what had just happened.

I looked over at Tommy, and it was no longer rage I saw in his eyes, but sadness and confusion. I could tell that he wanted to say something, wanted to do something.

He wanted to cry out about the unfairness of it all.

The unfairness of the test, the unfairness of a world in which people like me, lazy, disinterested, unambitious, could float by with the minimal amount of effort, while he could try his hardest and still fail.

He wanted to say and do so much, but he couldn’t.

All he could do was throw a baseball.

David Solorzano is a graduate of the University of Massachusetts-Lowell. His short story Moo-g was nominated for a Pushcart Prize. He currently lives in Somerville and works seven days a week. You can find him on Twitter at DWSolorzano.