To Know Nothing of Rifles 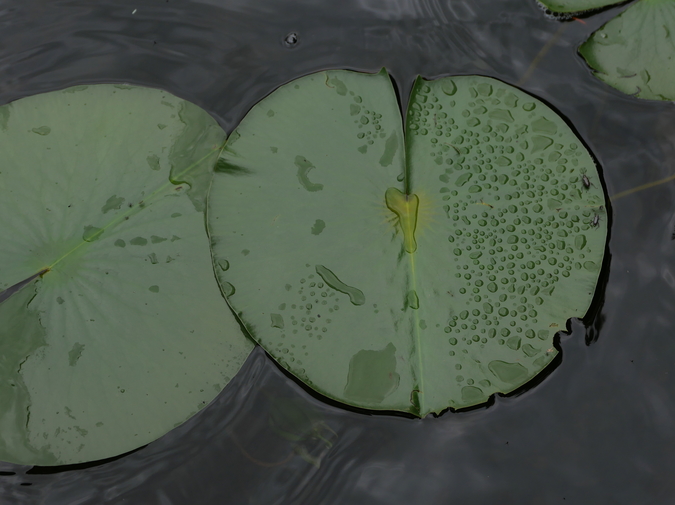 Many of my grandpa’s fingernails and toenails are deformed from jungle rot. Yellowish, thick, raised from the skin as though they could pop off with a light tug. Tattoos, blurred and faded, scatter across his arms. Harder to notice his chest tattoo—an eagle, proclaiming Death Before Dishonor.

He’s read every large-print Western shelved by the Deschutes County Library and regularly chats with Fox News and the Hunting Channel from his recliner’s front row view. Several times, my mom has opened his computer and found searches for naked ladies populating the screen. An oil painting he made for infant-me hangs above my bed. Blue-black clouds descending upon mountains rising above a green valley making way for pink poplar trees feeding the mouth of a waterfall. A Central Oregon summer storm; I was born in August.

When I traveled through Vietnam four years ago, I called my grandparents from Da Lat, a town full of crucifixes and Christmas trees and exactly two kinds of red wine.

You’re walking with your backpack through the same places I walked with a rifle on my back, he said. For forty years, a pistol shared the bed with him and my grandma. Cozy beneath the pillow.

From his living room, my grandpa’s visited the war for years. Talking at me and my brother and my parents and my cousins and my aunts and my uncles and the priest who’d make house calls to give my grandma’s ears a rest. He’d brag about the swim team, how he was one of the fastest Marines in the pool. He’d talk about the guns, the girls, trekking through the jungle. Even now, through dementia, he talks about Vietnam. Where his stories formerly felt fictional—grandiose and twinkling—these days their honesty feels rooted. Cool and dark.

After the war he drank too much. He got a job with the phone company and fell from the poles until his back needed a metal rod. It doesn’t sit right anymore, so neither does he. But in the Brooklyn neighborhood where my mom grew up, he’d walk on his hands for an audience of Irish-Catholic children. Older now than he was then, they’re still in awe.

He turned eighty-one in June and his hands and feet touch the earth with nearly equal frequency. Hardly ever. When he first got the walker, he carried it around the house, its metal legs hovering inches off the ground. I don’t need this goddamn thing but your grandma makes me use it. Later, he’d lean on it, heavy. Bed to recliner, recliner to bed. Now, his destinations are the same, but a wheelchair helps him reach them. His bed—the hospital variety. Nurses bathe him; my grandma brings his meals on trays. When he asked my mom if she thought he’d live another year, she said she didn’t think so.

My problem is that I’ve lived this long, he said.

One of his arm tattoos says AL; the L loops down and around like an underline. It was his name until he saw his birth certificate in high school, learned his namesake wasn’t his father, that George was his true first name, Alvin his middle. Not long after, he feigned adulthood to a recruiter and joined the Marines. I imagine him a few whiskeys deep, black hair slicked back from his face and forearm outstretched, asking to be tagged with a permanent reminder of a life lived, then unlived, and rendered new.

People used to hide in rice barrels, he told me one morning as Vietnam loomed large in his addled memory. We were ordered to shoot them when we found them. We’d scoop out the bloody rice and eat the grains that were left—killing people is something that never leaves you.

Do you try to push it down?

You try not to think about it. But it comes back. When you kill someone, you think about the future you’re removing. Future mayor. Future president. Future mother.

That’s a heavy thing to carry, I said. On TV, a turkey was lured with a decoy. The hunter shot it at close range as it attacked the supposed intruder. I don’t like that. It doesn’t seem fair, the way they tricked it.

What do you mean, baby? he said. If the turkey had been tricked into living and fighting and dying, so had he. What’s another way?

Caitlin Feldman holds an MFA in nonfiction from Eastern Washington University, where she taught English composition and creative writing. Her work appears or is forthcoming in Blood Orange Review and Portland Monthly, among others. Having resided in Oregon's Willamette Valley for most of her life, she now lives and writes in Spokane, Washington.