Time and Resonance: An Interview with Shane Jones 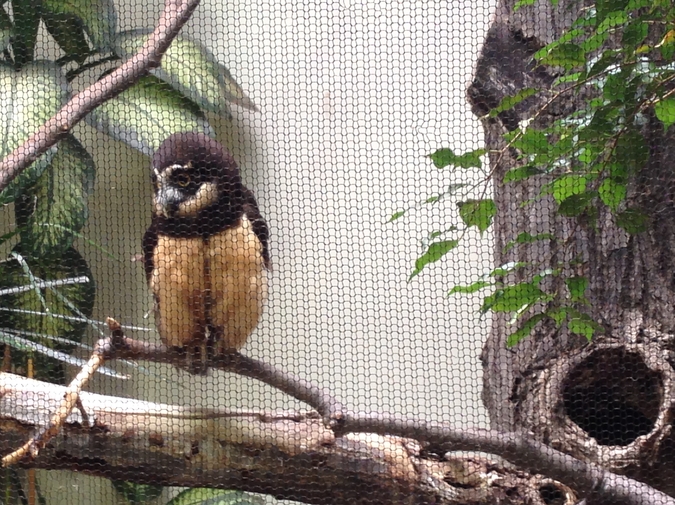 Shane Jones’s Crystal Eaters begins as a countdown. The chapter numbers start at 40 and irregularly drop to zero by the book’s end. The page numbers recede against conventions too, and the characters likewise diminish, each believing they were born with 100 crystals maintaining their bodies, and when that crystal count bottoms out, they die. The novel tracks this count through characters’ waning retrospective images, memories of loss, and impending ends. There is Remy, the passionately charged daughter of a mother who coughs crystals into a rag, the daughter of a father immobilized by his wife’s sickness. There is Remy’s only sibling Adam, in jail, an inhabitant of a failing and two-faced rehabilitation center. Between them all, there are black crystals, supposedly mythical gems said to increase one’s count, staving off mortality. This is the realm Jones creates in Crystal Eaters, where black crystal shards are crushed into the toes or placed under the tongue to give a monstrous, hallucinogenic high, where Remy is tasked with saving her mother before her last crystals are expelled, where Adam is waiting to be foisted from prison by a loyal following’s “jailbreak in reverse”, where the guards will do anything to sustain their black crystal high, and where the outside world is a cement city encroaching on an ancient village, buildings sprouting where none were before, invading in unseen quarter inches. Shane Jones goes a million miles an hour into this invented place, and the result is a stunning capture, a perfectly resonant picture of our impermanence.

Your first novel Light Boxes was dominated by winter, by cold and gray, then there was Daniel Fights a Hurricane, and now your third book Crystal Eaters is a landscape lacerated with burning heat and a sun moved too close. Why does the weather play such an important role in your work? How much does it have to do with the weather as an uncontrollable and (mostly) unknowable or unpredictable entity?

I'm not entirely sure why I'm so pulled by weather, but I do think you hit on something with it being unknowable and unpredictable. I like the chaos of weather, the strangeness, the other-world quality that goes with weather, and these things fit with my style, I think. Fuck, I don't know what I'm talking about. I just think it's fun to use weather and the imagery, or the manipulating of imagery, that goes with weather. I just want to play with the sky.

Like the weather, there is a large thread in Crystal Eaters of wanting and needing control, yet it remaining elusive. Remy can’t control her mother’s dwindling crystal count, Z. can’t control his plans of a jailbreak in reverse. There are quite a few instances of it throughout the novel. What draws you to writing about a chaos that is unchangeable by the protagonist, yet must be endured?

Nearly every character in the novel is dealing with issues of control vs. chaos and of wanting to do something to be remembered after they are gone. Even the city itself wants control over the village. All of this is layered and made sad/absurd by the universe itself having the final word. It's all going to end in death, right? Remy is the most positive character. She says something like, "if things are always dying, then things are always living." She's the driving life force in the novel. I don't know why I'm drawn to writing about it, it's just what the novel became and I sank into it. We're all living in this beautiful shithole of a world and it's messy and chaotic and we just keep going, we just keep doing. Even if that's sitting on your ass playing Xbox (sounds fun right now actually) you are doing something. Somewhere in the novel, I think the Mom, says something like, "why not try if that's all there is to do." I like the wide space between chaos / death and doing / living.

Do you find that space between chaos / death and doing / living at all amplified or otherwise affected by your new fatherhood? I’m curious, after your superbly insightful article “The Pram in the Hall” at The Paris Review, how much of your own fatherhood comes through in Crystal Eaters or played a part in the novel’s construction?

I started writing the book just before Melanie got pregnant and didn't finish editing until Julian was over a year old. So working on it really stretched through being childless, learning of having a child, seeing the pregnancy, seeing Julian grow. My own fatherhood isn't in the book much (the Dad in Crystal Eaters isn't based on me) but I'm sure it seeped in there at times. For example, there's a section in the book where the Mom is hoping all she's done for her kids (breastfeeding, not sleeping, carrying them, etc.) has somehow paid-off, or that they remember what she's done (this also goes back to the characters all wanting to be remembered, somehow). I don't think that section, that paragraph, would be in the book if I didn't have a kid.

Crystal Eaters reminds me of Ben Marcus, particularly in its unraveling of language to redefine landscape, to make new worlds. I also see some shared space with David Ohle’s Motorman. Do these two writers resonate with you? Recently at HTMLgiant you shared a list of works that influenced you as a younger writer, but which writers / books had the greatest impact on you during the tenure this novel?

I like both Marcus and Ohle but wouldn't say either is a direct influence on Crystal Eaters. The influence question is hard because it took three years to finish the book and I probably read a hundred different novels.

When working on a book over such a period, and with the added life experiences of pregnancy and childbirth in the midst, how did your writing process change or adjust over time? Year to year, what alterations or variations did you evoke as you continued building the novel?

So in the beginning there was a strong drive on the first draft which took several months. I wrote whenever I wanted and for long stretches - seven, eight, nine hours. After Julian was born I worked on the novel in spurts, mostly when he was asleep. I have a clear memory of sitting in his room, rocking him to sleep in this tiny little blue and green chair, and to the left of him, just off to the side, I had my laptop open and was editing with my free hand. Basically, anytime I had free I was editing. I wrote as much as 100,000 words and cut nearly 50,000. I deleted entire story lines and had to completely restructure the book. It's interesting to think about because I originally thought not having a baby was when I got the most work done, but really, thinking hard about it, it wasn't until after Julian that the intense editing happened and made the book. So where before I was writing loose and for long periods of time, I don't think I was fully locked in, or I wasn't as intense I was later on when I had these shorter, constricted, time periods.

On another aspect of change, and because I’m sure people on the lit scene are interested, can you talk with us about the switch from Penguin, who re-published Light Boxes and heralded your second novel, to Two Dollar Radio, the press publishing Crystal Eaters?

Penguin rejected the book after my second novel didn't sell. My agent pretty much stopped responding to me and for over a year didn't offer a plan regarding where to go next so I sent the book myself to Two Dollar and they accepted it three days later.

Sorry to hear about that experience, though Two Dollar Radio looks to be making all the right moves with the novel thus far, so maybe it is all for the best. What is next then for you with agency, new writing, future novels?

I think Two Dollar is the right fit for this book and I'm happy they are doing it. As for future projects, I don't have any plans. I very much feel like this book is it and I've worked hard to put everything into it.

Shane Jones’s first novel, Light Boxes, was originally published by Publishing Genius Press. The novel was reviewed widely, the film option purchased by Spike Jonze, and the book was reprinted by Penguin in 2010. Light Boxes has been translated in eight languages and was named an NPR best book of the year. In August of 2012 Penguin released Daniel Fights a Hurricane.

J. A. Tyler’s novel The Zoo, A Going is forthcoming from Dzanc Books. He is also the author of several earlier books of poetic hybrid, including A Man of Glass & All the Ways We Have Failed and Colony Collapse. His recent fiction has appeared with Diagram, Hayden’s Ferry Review, Harpur Palate, and Denver Quarterly among others. He teaches high school in Colorado.