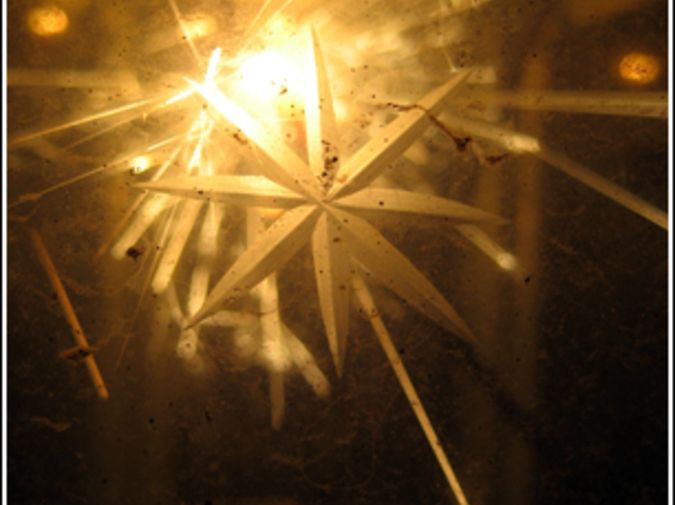 
Camping in the northern part of the state, two guys and a girl woke to the sound of what they thought was a nearby bear. The sound did come from a bear, but the bear wasn't nearby. It was night, and the lake made sounds seem closer than really they were.

In the southern part of the state, the girl's mother slept in a bed in a house in a city whose light illuminated a small portion of the sky. Her eyeballs moved beneath her eyelids.

The mother's dreams continued till morning, and whether she remembered them was unknown to her and to those who encountered her. The bear, across the lake up north, moving through thickets of untouched pines, was roaring somewhat aimlessly, as if unsure whether he was hungry or bored. The two guys, one of whom was dating the girl, kept saying, "What the hell?" in voices that trembled identically in the flimsy, flashlight-lit tent.


My mother decided to remarry.

But at the last minute she and the guy got in an argument.

I went to his house and punched him one in the face.

It was a big house. Behind him, in the long dimly-lit hallway, I could see people milling around, laughing and conversing and so forth.

To show his magnanimity, or perhaps because he simply was magnanimous, he let me in. But nobody wanted to speak to me. They'd all seen what I'd done. They looked upon me as if I was part of the lower class, which I was. I went back out and sat on the stoop. He followed me out with an icepack on his chin.

Neither of us spoke.

There were things I wanted to say, but the more I thought about them, the less important they seemed.

Finally my mother showed up.

She didn't know I'd come here.

I hid in the bushes so that when she got to the stoop she'd say what was on her mind.

Edward Mullany is a writer living in Northampton, MA. His work has appeared in Alaska Quarterly Review, Johnny America, Beeswax and Gertrude.