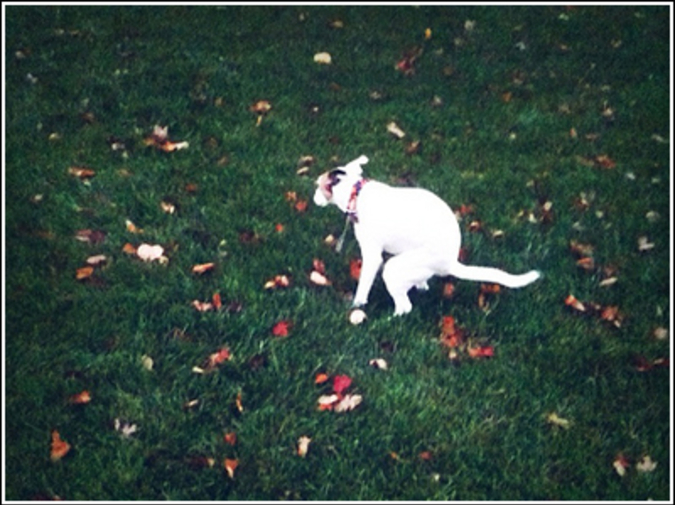 How To Play Shit

My brothers Kimi and Mike left with their friend Carmen to steal some watermelon Now & Laters from the deli across the street from the one run by Joe. We didn't steal from Joe's because we knew him by name. Or anyways we called him Joe. We didn't know his name for sure. I don't know why we even called him that.

"Do you want to play Shit?" Carmen's sister asked me. I don't remember her name. From an ashtray she picked a Virginia Slim that still had half an inch left to it and lit up.

"You pull down your pants and shit," she said.

"Then how about Fuck?"

"You pull down your pants and fuck."

"I don't want to play that either," I said. Carmen's sister wore Lee Press-On Nails for Teens in Peachy Keen, and they poked into her cheeks and left crescent moons behind when she brought the stubby butt to her lips and sucked in. Or maybe the Lee Press-Ons just looked Peachy Keen because of the light coming through the brown curtains. The curtains were dung-brown from the forever of Virginia Slim smoke but they filtered the light pretty, so that every dirty thing in the room looked Peachy Keen.

"You," I said. Carmen's sister wasn't a baby but she might have been a little retarded. She was 14 but didn't go to school, not even Anderson, which was the school for retarded kids. I threw Blow-Pop sticks at the Anderson kids when they walked by, but only when their parents were with them, so they'd have someone to soothe their crying in case I didn't miss.

"Pull down your pants then," she said.

"Pull down your pants."

"You're weird," I told her. I wanted to go home, but not really because their apartment was above a deli that sold Slush Puppies and I liked being close to Slush Puppies even though you couldn't steal them because the machine was behind the counter. I didn't really want to stay and I didn't want to go, but that's just the way these things went. Everybody all around was always saying that sometimes in life you have to do things you don't want to do.

The Pilipino palm reader told my friend that she needed to wear jade on her pinkie to attract money. Then the palm reader said, You no find true love long time. My friend laughed at first, but then her boyfriend stopped calling, saying he was sick, down a week straight with body aches and laryngitis. He was lying, but it was true at least that he couldn't speak loud enough for me to make out any words when we ran into him at the R Bar on night seven. We walked in wearing mod dresses for the mod dance party happening later that night, and when he recognized her through the eyelashes and frosted lipgloss he blew her a kiss and bought us shots of Mandatory Evacuations, Katrina having made the Hurricane a drink locals no longer wanted to swallow. I was thinking, I shouldn't accept this, she's going to remember it as a nice thing he did for her and she'll think of that nice thing as evidence, now in support of and later against him. She was saying, he's a nice person, I don't think he'd do that to me,that being all the things we used to talk about over Bloody Marys and hush puppies by Johnny Mercer's pier in North Carolina, back when we both lived there and didn't wish we didn't.

To distract my friend I told her about how en route from New York to New Orleans I'd gotten an email from a cousin: I have news about your father, if you are interested to know. If not, please disregard. It was signed, Sincerely. I am currently traveling, I responded, and wondered if that was the right thing to say. I'd never met my cousin, but I assumed English wasn't his first language, so everything would sound a little like it was meant for someone else. But it was obvious he didn't understand me at all if he offered only interested or not and expected one of them to be my answer.

My friend yelled, over Roger Daltrey, over "My Generation": Christ, can't some bitches just go out and d-d-d-dance?

On the way back to her apartment, we stopped for beignets, so much powdered sugar ashing onto the truck's bench seat that it looked like we'd driven with the windows down through a fire. The next morning we took turns trying to feel better in the bathroom, but the bathroom was hotter than the dance floor. I sweated even in the shower, and it felt like being ganged up on.

Afterwards I dried out in air conditioning and read in an email that my father had been buried in Houston the week before. I wrote back asking why Houston, because as far as I knew it was a place my father had never been, but I asked it fully aware that as far as my father had known, I'd never been to New Orleans. It all just went to show. Then my friend said, from the other room: He called. He dumped me. I thought: You no find true love long time, and wondered how the Pilipino palm reader expected money for offering a fortune like that, when I wouldn't dare even say it aloud. Then I realized that that was it exactly. That was exactly it.

Only after I perched the blackbird on my shoulder did I realize my tattoo had been your idea, just like this piece was your idea, a direct response to your "Skyscape Tattoo," dedicated to X, published inAmerican Letters & Commentary, issue #17, 2005. Anyone who reads both will think I am unoriginal, which to them will make the many other bad things I could be more possible. Almost no one will read both, Jason.

Congratulations on the publication. It was a classy issue.

I once saw a tree on whose bark Cut Me Down had been painted. I believe it was the parks department that had done it, despite being written in the first person.

I sometimes worry about friends who might die young. Since your recovery from the coma, I never think this about you. I do, however, acknowledge that sometimes we can be very wrong about these things, which is a different kind of worry.

I may never answer all of the questions you have, Jason, but I have had sex since I left you. I have had liquor. I don't write about you, except for now, of course, which is why you have not been referred to as J.

"To X" did not appear in American Letters & Commentary, but you said it was implied. For me to tell this to my family would seem like bragging, but that's really not what I would mean for it to be.

By the way, Jason, after my brother killed himself, there were things I always wanted to thank you for not saying, such as: He was not meant for this world.

And there were things I wanted to thank you for saying, such as: He meant every single note he pounded out of that bass drum.

My mother told me that someday someone would break my heart as I had broken yours. I love my mother, but she will never understand me.

My blackbird came first, Jason, even though it was your idea, but somehow a raven now perches on my arm, and now strangers quoth to me Nevermore. And I think of your tattoo, and of all the colors in a skyscape that singularly have hue but together merge into gray, and it seems nearly posthumous to say so, but: Jason, I know you are the poet here, and I know you know a thing or two about these things, but Jason, if you dedicated "Skyscape Tattoo" to me, then you must've known I didn't have to imagine that tiny pebble in the blackbird's belly.

Xhenet Aliu's fiction has appeared in her nonfiction, as well as journals such as Glimmer Train and the Barcelona Review. She has been awarded scholarships by the Bread Loaf Writers' Conference and a grant to attend a wrestling school in Louisville, Ky. Though she currently resides in Brooklyn, N.Y., she spends much time on other cities' Craigslists.