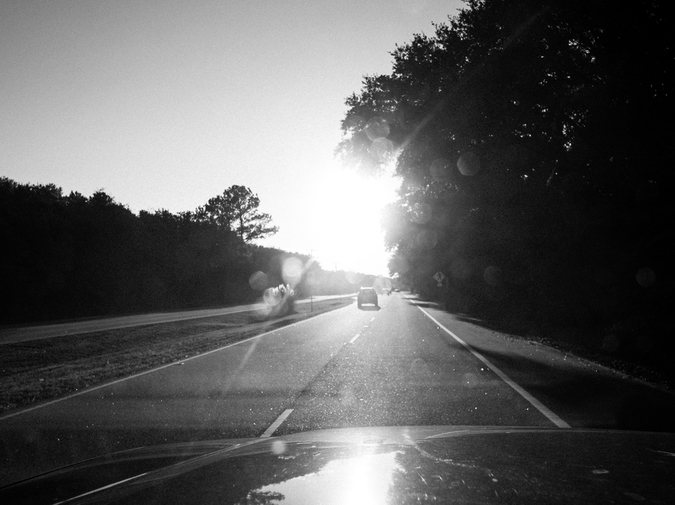 seeds on my belly, making constellations on my body
but by morning he was using my breasts as pincushions—

little rubies of blood blossoming on my skin . But some nights
the dimples disappeared from his eyes and the pupils

reaching for a surface that turned out to be glass.
Occasionally I turned my back to the good boy. Yes,

I kicked the gravel around the driveway, smoked cigarettes
until the black-eyed twin showed up—smelling of fetid lakes

filled with swan feathers. Sometimes I wanted to hold
hands with both boys, but that made the good pull

at his hair, made the bad call me a cunt.
Some nights he laid his hand over my throat,

and it was a wing of dissipating light. Other nights he tightened
until I panted stop—but his roots grew into me until I was still.

It is not without compassion that I stop feeding the crows.
Look now, they hold tighter to the thin branch.
They preen their feathers; they begin to pluck them out.
Their black eyes have an infinite number of ways of looking at me
and like anyone I learned to love something so familiar.
It was clever the way they mimicked my voice,

offered it back, a shiny bit of foil—a jewel for the nest.
Oh yes, it sounded like my voice, but meaning’s been twisted;
it’s all wrong. In that dense forest of tall, lean pines
I learned it was better to be quiet. Among the rustle
of their feathers those crows taught me silence at least.
But these days I’m tired of the taking. Their talking.

Their razor beaks. All that liver; all that blood.
They pluck their feathers out; they begin to pick at their flesh.
Calling out in my voice again, my words, they are so hungry
for it. Their damp nests smell of the forest floor, of book
pages old and forgotten. Still I refuse them.
They do not forgive me; I do not care.

In some ways, he’s still the boy
who dug his heels in to the dirt.

After they netted him,
when they pulled his thin arms

back and pinned him behind the glass—
he grew
and didn’t.

Now he’s out. A cross between moth
and larvae, unable to commit to the wind.

Christine Stroud is the author of two chapbooks, Sister Suite (Disorder Press, 2017) and The Buried Return (Finishing Line Press, 2014). She is the editor in chief of Autumn House Press and lives in Pittsburgh, PA.