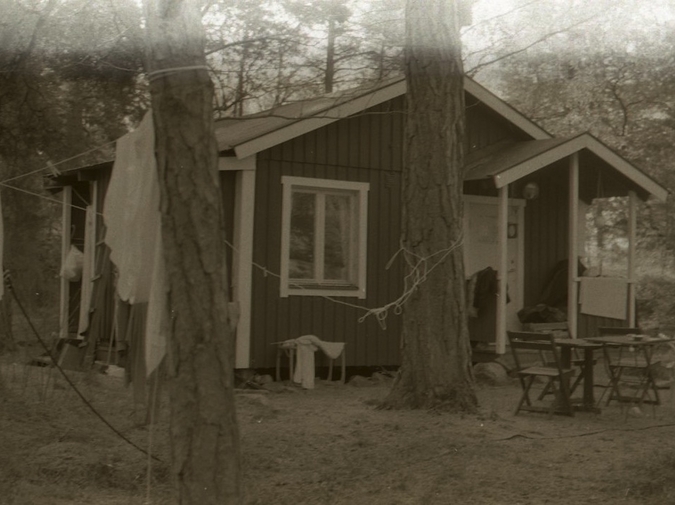 Growing up I never saw road kill.
A government worker was paid
to take the bodies away
and nobody’s day was ruined by death.

It stopped in the ‘80s I think
when the president declared ketchup
a vegetable in school lunches
and the bodies started piling up.

Now some states hire contract workers.
In Pennsylvania, Roadkill Collectors
get $15 an hour or a set rate per body.
“Gruesome but steady work,”
the employment site
Job Monkey calls it.

Such jobs require stomachs
with no time for sympathy
and arms that can lift 50 pounds.

“The government used to care
about people,” my father said
when we started seeing
dead cats and deer
on the road near our house.
“Now everything’s corrupt.”

My father, veteran of wars
and chemo, knew violence.
He’s been dead many years now.

In our neighborhood, cars drive
the bodies into pavement.
Crows do their work,
teach us everything,
no matter how terrible
or beautiful is temporary.

Last week, headed home
from an 11-hour day
where my students worked
to make the world good,
if only on the page
I hit a raccoon.

The thud its body made under my wheels
was the thud a body makes under wheels.

The next morning and the next
and today, I drive by
as the corpse dissolves,
flesh into pavement

and think:
I did that.
This is my fault.

climb out of my car with a shovel and bag
give it some kind of burial but I don’t.

Each day I drive by and clock the dead thing
as it gets smaller and smaller.

I try to forget my car, my wheels, my rush
until there’s only a disembodied stain, loose fur

then nothing but a tire mark where I swerved
evidence of an accident, a sad and blameless mistake.

Mortality can feel like a science, something
petri-dished to study, something separate from living.

I had a biologist friend once. He liked me
to drive him around and look for road kill

When we found a good specimen, he’d yell,
“Pull over” and I’d pull over and he’d get out

and shovel the body into a bag
he’d toss in the trunk.

How excited he was about death and decay.
How alive he was in his terrible joy.

Another thing:  he loved me enough
to try to cure me of fear.

He let a tarantula creep on his arm
like the dismembered hand from “The Addams Family.”

The Addams Family hand was called Thing.
It lived in a music box and had expressive fingers.

The tarantula’s name was Sally. She lived
in a hamster cage, complete with exercise wheel.

“If you let her crawl on you even once,” my friend said,
“you won’t be scared of spiders anymore”

His idea: fear once known loses its power
and we the terrified go on living a new kind of peace.

There are many things people believe that aren’t true.
This is one of them.

Sally the Spider looked like a toupee with legs.
When I saw her from across the room, I froze.

“Don’t worry,” my friend said. “If she wants
to come and see you, she will. They jump, you know.”

That was nearly 30 years ago.
I am still terrified of spiders, forever amen.

About the road kill –  my friend used it to study parasites,
all those worlds alive inside the worlds of the dead.

One thing goes
and another takes its place.

Right now, in Washington, the president is plotting death.
Yesterday on the news, he held up his finger and thumb

of something with a name so simple
it can be contained on a teleprompter.

This president has such small hands rumor is he makes
people Photoshop normal-sized ones into all his pictures.

Has there ever been a president
whose small hands have not plotted death?

Today, Berkeley is burning,
but there’s a sale on wine at Costco.

“It’s all corrupt,” my father said.
When the aircraft carrier dropped him near Hiroshima,

I don’t know what my father saw.
He never told me.

He said he gave a woman cigarettes.
He gave a man his shirt and Timex.

He said he wished he had candy to give the kids.
“Kids like candy,” my father said.

This year the groundhog Punxsatawney Phil saw his shadow.
Six more weeks of winter, and my own children

who like candy, who never met my father, cheer.
They think snow days.  They think no school.

Hope keeps us all moving forward.
Outside it’s cold and grey but no snow.

Tomorrow it’s supposed to be 60 degrees
here in Pittsburgh in February. Still

driving to work
I don’t see one dead thing.

Instead there’s a neighbor on his daily walk.
He wears a yellow jacket with reflector tape,

He stops again and again to pick up litter
on the side of the road.

There’s so little we can do in this life.
Most everyone would argue with that.

Helpless, helpless, Neal Young sang
but that was years ago, and he left his wife

for Daryl Hannah, who played
a mermaid in a movie once.

I believe despite everything
people are good, Anne Frank wrote.

the president was silent, but other people
used hand sanitizer to wipe them away.

“I’ve never seen so many people reach into their bags
and pockets looking for tissues and Purell,”

one subway rider said.  “Everyone just did their job
of being decent human beings.”

Look – however hopeless you feel, however afraid
here’s my neighbor, stooped over in his yellow jacket

the trash somebody else threw
disappearing into his star-struck bag.

Four white chickens free-ranging it
in the front yard of a ranch house
so close to traffic that could kill them.

A ceramic cherub holding
a butterfly, balanced
on a two-by-four off Route 130

The sign outside the chiropractor’s office:
“Worrying about tomorrow
ruins today.”

Somebody threw
a rock through that.

Lori Jakiela is the author of three memoirs, most recently Belief Is Its Own Kind of Truth, Maybe (Atticus 2015), which won the 2016 William Saroyan Prize for International Literature from Stanford University. She is also the author of a poetry collection -- Spot the Terrorist! (Turning Point 2012) -- and several limited-edition chapbooks. Her next book, Portrait of the Author as a Bingo Worker, is forthcoming in Fall 2017 from Bottom Dog Press. She lives in Pittsburgh with her husband, the author Dave Newman, and their children.