Things Women Do Out of Politeness 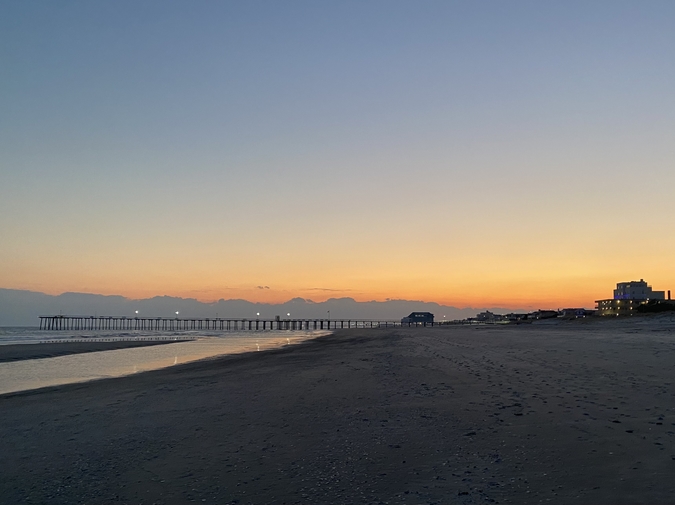 Bring corn muffins to our neighbors, baked and offered, still warm, during Covid because, television’s Leave it to Beaver fantasy household we were not, that’s what our mothers would have done.

Accept the ride offered to us when we were teenagers hitchhiking in the early 1970s, even though we had a funny feeling about the oily-haired driver with a trash-bag stuffed with, he bragged, more pot than you ladies could dream of.

Take the kiss when we were in our early twenties from the pale, pock-faced soldier sitting next to us on a plane, on his way to be deployed to Grenada, after he had asked if he could, and we said no—even as our mental viewfinder flashed: Marlene Dietrich kissing the shirtless soldier through the window of a train, a soldier kissing Miss World on a Bob Hope tour, and the V-J Day Times Square photograph of the returning sailor kissing the nurse. Unaware that the woman would reveal later: the sailor, a stranger, had grabbed her, and the kiss was forced.

Switch banks in our mid-twenties when the car attendant looked up our skirt—Rusty Scupper waitress uniform description a short navy-blue skirt—every time we got out of the car to deposit money.

Say yes when invited to a party we have no desire to go to in our late twenties because our ex-boyfriend and his brand new girlfriend will be there, telling ourselves it’s not about you.

Let our Quarterback Crunch Baskin and Robbins’ ice cream melt when our oblivious, non-stop talking neighbor corners us in the courtyard because it would feel mean to say I can’t talk right now.

Return a cake plate we borrow with another cake atop, our best lemon chiffon because that’s what our mother and her friends did, and, sometimes, we do want to be like them.

Leave a beach party in our late teens with Timmy, a guy we thought was cute because he was cute—but arrogant and slightly older, so when he said, Hey, let’s take a walk, we said, I think I’m good here. When he zeroed in on us, whispered, Seriously, I’ve had my eye on you all night, we doubted our judgment. But we were raised on that fluff, that boy meets girl, boy falls in love with her stuff. Those Gidget and Where the Boys Are 1960’s spring-break beach-movies—how many times had we watched and absorbed them?

It felt like an attack—that he likes me feeling when Timmy said, You’re so pretty, come on, a short walk because attention was something like love. We were us, not just our body.

Concede, say, Okay, just a short walk because he was acting pretty nice, and, too, who wanted a fuss. Teenaged girls raised in the sixties, what harm could come from going with a sought after, popular guy?

Keep walking when he led us toward the dunes, even as an aberrant beach-movie thought deep in our psyche almost stopped us in our tracks, remembering something in the movie Gidget.

The unsexy but adorably innocent Sandra Dee, aka Gidget, had gotten into some real trouble with Cliff Robertson, aka the Big Kahuna, the sexually seasoned older surfing master.

Gidget, the Little Girl with Big Ideas, is how the novelist Frederick Kohner described his heroine. In the movie, Gidget, in love with James Darren, aka Moondoggie, felt that to attract Moondoggie, she needed sexual experience, like the girls he dated. Her big idea landed her in over her head with the Big Kahuna. She was almost raped, although it’s confusing because, in her desire to become a woman, Gidget—girl-midget—went to him at age fifteen! half-heartedly giving herself up. Kahuna, aware of the line he was crossing, spared her. No one ever said rape, just implied her honor was at stake.

Leave our favorite cashmere sweater trampled after it fell from our shoulders, and Timmy said, It doesn’t matter; we’ll get it on the way back. A hard hammering in our heart, Maybe we should stay with the others, we said. But he said, It’s fine, so sweetly we thought it could be because another favorite movie, Where the Boys Are, the set-up so brilliant, top-selling female vocalist of the 1960s, Connie Francis’s spectacularly soulful, aching, yearning singing, Where the boys are, someone waits for me, played while the opening credits rolled; swooning already, what else could we have done but believe the song?

Unaware that one night in 1974, after singing the unparalleled hit record of her career, upon returning from The Westbury Music Fair, Ms. Francis, America’s Sweetheart of Song, would be robbed, beaten, raped at knifepoint, and found naked, gagged, and tied to an overturned chair at the Howard Johnsons Motor Lodge.

Let Timmy’s arm slip and brush against our breast while our feet bare, the cool sand oozed between our toes because maybe, hopefully, it was not on purpose.

Relent when he stopped us deep in the dunes and kissed us too hard because it might make him mad if we said to slow down, make him do something worse.

Resist slapping him when he reached his hand underneath our shirt—his cold touch, newly arousing anxiety—we just pushed him away. His look, disappointed, the way Warren Beatty, Bud, in the 1961 movie Splendor in the Grass, looked at Natalie Wood, Deanie, when she had stopped him from going too far sexually. Those gorgeous Warren Beatty eyes, his anguished face.

Even as we never forgot the disturbing aftermath, Deanie in her bathtub when Bud stopped calling for her and asked a fast girl out instead. Deanie, broken-hearted but frantic, flailing in the tub water, laughing in a frightening pitch when her mother asked, Did he spoil you? Out of her mind, dunking her body and remerging, Deanie jumped from the tub and stood naked, arms stretched wide before her mother, shrieking hysterically: No, Mom. I’m not spoiled. I’m a good little girl . . . I hate you, I hate you, I hate you.

Fail to scream when Timmy’s other hand grabbed under our dress. Even as we remembered Yvette Mimieux, the insecure Melanie in Where the Boys Are—the only girl in a bikini, we failed to note when we watched; the rest of the girls in one-piece bathing suits, a presage, a subliminal clue from the male-directed, Henry Levin, male-written, George Wells, movie that she would have sex on the first date with a Yalie. Who won her in a coin-toss and then passed to another boy the next day until finally she was raped. We never forgot that image, her matted hair, pink sundress ripped, dazed, stumbling down the highway and then hit by a car, in a beach movie! basically, for having sex.

Accept—even as we reject our bodies, ill-shapen, contorted, arm held smacked against the soft sand, legs were broken open, dress shoved up, alien to the images of any lovemaking we have seen in the movies, and what the hell kind of confusing narrative shit were we raised on? Dolores Hart, Merritt in that same movie, expounded at the film’s onset about an unmarried girl’s need to play house before marriage and then waited to have sex with George Hamilton, Ryder Smith, the handsome, wealthy Ivy Leaguer who pressured her. Withholding, Merritt ended up chaste, sitting in the sand in the golden sun with her Prince Charming at the end of the film. There was nothing else to believe but that they would live happily ever after. Nothing else to trust but that sex before marriage was dangerous—and that would never be us.

Melt away, compress, disappear silently with Timmy where no one could see or hear—A smiling face, a warm embrace, two arms to hold me tenderly, Where the boys are, my true love will be—transformed into our sick, sad, self-loathing I’m so stupid; such a fool; silly, stupid; why did I ever?—as, no longer smiling, he covered our mouths. Timmy, aggressive like an animal, like a teenage male exercising his prerogative in ways we had never seen before, although we had seen it.

Disassemble. Mutate reversibly. Fractured past, present, and future until we were pieces of ourselves; fled, drifting up, away, and into the sky; dignity floated above us like stars over a battlefield; we were those stars. Keep looking up, we told ourselves, keep seeing the stars. It was all so confusing—a slow drip, thoughts—heart racing—painstaking flutter—acetone to film, Melanie that first night in her blue gingham sundress, longingly looking out the window in Ft. Lauderdale, dreaming of her dream-boy was our face, not even an hour before, before we had run into Timmy, ugliness manifested, doing more with our body than our hearts were ready, dissolving the power of celluloid dreams as jaw clenched, we—

Let him have sex with us, so how would we ever say we were raped?—our only comfort, darkness: lights out, camera off, action over. And then kept our feelings hidden for years, shame struck, never saying out loud that we were raped because that wasn’t polite—courteous, genteel, gracious, mannerly, well-bred, considerate, thoughtful, deferential—and we had done such a good job already, not screaming rape – the word never uttered, especially not in the context of statutory in Gidget, and shockingly left unspoken in Where The Boys Are.

Crawl around until we find our sweater and, as Timmy went in the direction of the ocean, we scurried to the street. Like Yvette had, but on the side of the road and not the down the middle, determined to get home safely and never breathe a word of what happened.

Knowing if we ever stop baking corn muffins in a pandemic, ever stop returning cake-plates with some lovely cake on them, we are dead women; we pass those traditions down to our daughters. We tell them, Don’t hitchhike, let alone take a ride from anyone you don’t want to. We say, Smack the soldier, defending our liberty be damned, and to the car attendant, Fuck-off. Tell the old man, Stick your fucking old-man tobacco-spotted-gray tongue out at your wife, or your dog, or anyone else who lets you, but not at me, and we say, Tell the neighbor you can’t talk; you have ice cream.

About boys, we warn them. We feel we must. Because we spent most of our lives forgetting. Because binge-drinking, women-are-sexual-objects-to-be-assaulted-if-they-put-themselves-in-a-vulnerable-situation is still, over sixty years later, a cultural disease. Nevertheless, we find it tender, our younger selves, the way we had hoped and longed to find love, and that we want to protect. We say: You do whatever you have to do to be safe, make your own choices, and don’t be alone with anyone you don’t know and trust. We tell them: Your virtue is grander than your sexuality and, no matter, no one deserves the pleasure of your company or your body unless you decide to share it.