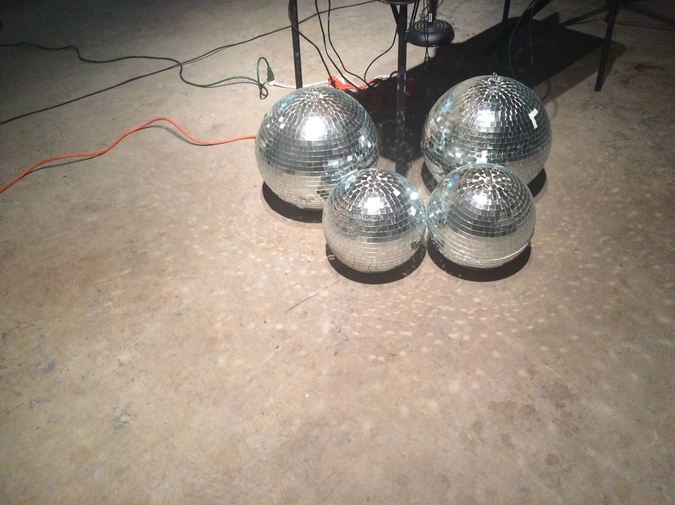 What we liked to do that fall—once mornings had grown thin around the edges, the sun sheer like white linen and gone by four o’clock—was to put on eyeliner and these old fur stoles she had collected from thrift store heaps during the years she’d been living on Avenue C before me. Which she liked to tell people. Which really meant something to her, to live there, this girl I called my friend.

But we were both good at collecting. I had a habit of taking the long way home so I could walk alone up Seventh Street and stop in thrift store doorways to look at the dusty furs and rows of soft plaid shirts, brush my hand along the racks of used clothing, spin the belt wheel and finger the jackets, the cracked worn leather of someone else’s life.

If I’m being honest I loved the way those old animals smelled the most. Sort of thrilling in their strangeness and still so much like a memory. A phony nostalgia. The smell of once having been looked at.

On lots of nights we’d throw them on and then what would happen is we might walk together, arm in arm, down to Tribeca Grand or someplace easy like that, where one could slip inside without a wait, without any kind of trouble, where there’d be girls from Long Island and finance boys.

We’d have some gin. It didn’t take much to be the people we’d quietly decided we were. To do what we did without having to talk about it.

We’d lean across the bar, say hello to the bartender if we knew him, hold our drinks close and look around at the shiny crescent moon groupings of silk blend shift dresses and patent stilettos.

And if there was a purse left on one of the tables—one pretty enough to see in the darkness and small enough to hide beneath the fox around our shoulders—she would pick it up and push through the crowd, down a hall with high ceilings to one of those dim red faux-boudoir powder rooms, where Jamaican women in uniforms hand out paper towels and mints—stuff that made me sick when I thought about it, even though I still went to these places and checked my reflection in the oval mirrors those women wiped down. Even though I still checked to see about my hair and if I was thin enough.

Without stopping, one of us would go into a stall and count the cash, if there was any, flip through keys and iPod play lists, slide open the tube of lipstick and dab it on our own lips—test its texture. No one should leave a bag out like that, not here, doesn’t she know?

When it was all over, one of us would tuck it under our arm and we’d walk back through the hall, grazing our fingertips along the textured wallpaper, until we found the coatroom or the lobby where we’d lay down the keys, the wallet with the money inside.

Someone dropped these, we’d say, because those things did not matter.

It was the trappings of someone else’s expensive mouth we wanted. It was just the taking.

On the street corner we were women with other people’s objects hidden beneath our coats. We were just two women making a getaway.

It wasn’t until the taxi ride home that we’d start passing the thing back and forth between us. One by one we’d toss the remaining belongings onto the backseat so that in the morning the purse would be empty on the floor of my room. And when we woke, it would wink, light catching the metallic details in this lovely, hopeful morning way. We’d cover our mouths and look at each other, pushing something down, down back into our guts.

It was the eyeliner, she’d whisper. It made me mean.

The apartment was always hot. Tiny roaches scattered from the stove and the windowsills when I turned on the bathroom light, whispering around the rim of the trashcan. The fan ticked forever with something that was caught inside. Beyond the sheet I’d hung to hide my bed and desk was a sleeping boy I hardly knew, a boy with sunken eyes who came from the Black Mountains and wanted to be a painter, but instead worked at a coffee shop in the neighborhood and got into fights.

Someone should have it, I’d say, it was your idea.

We’d talk in voices not our own to make each other laugh, laughing ourselves into sweaters and sandals, out into the cold that was colder than it had been, so that our toes went gray and numb. Down to the street, humid air popping through our cheeks, sputtering in front of the man behind the counter when we tried to order coffee. And then it wasn’t funny that I couldn’t find the thin air with my lungs. That I was sweating from weird places: the insides of my wrists, my shins. That the shop was too warm. That the steam and the warm milk and the churning grounds smelled like garbage.

Then I was outside, holding onto the lamppost and crying. I mean heaving, like a lost kid. These weren’t my lungs, really, these weren’t my ugly gasps. It was as though they were being expelled through me. Vomited up. Like I was simply a vessel for someone else’s life.

I don’t know how else to explain it.

I’d put the paper cup on the curb and squat down and keep my eyes on a puddle for a long time before she’d reappear next to me.

I’d try not to think about what we had done. Who we were. I’d look for something very small, very real: the brown smudge of a soaked napkin floating near my shoe.

People puffed morning cigarettes, hunched over crossed legs—breath and smoke together fogging up their bluish faces—and watched me in the way that people in this town are good at watching, like they want you to know that you aren’t there at all.

Nina is a nonfiction MFA candidate at the University of Arizona, where she is a writing instructor and the nonfiction editor of Sonora Review. She is currently working on a collection of nonfiction stories about intimacies, real and imagined. Find more of her work in Mid-American Review, Brevity, Booth, Phoebe, and elsewhere.