The Way There and the Way Back 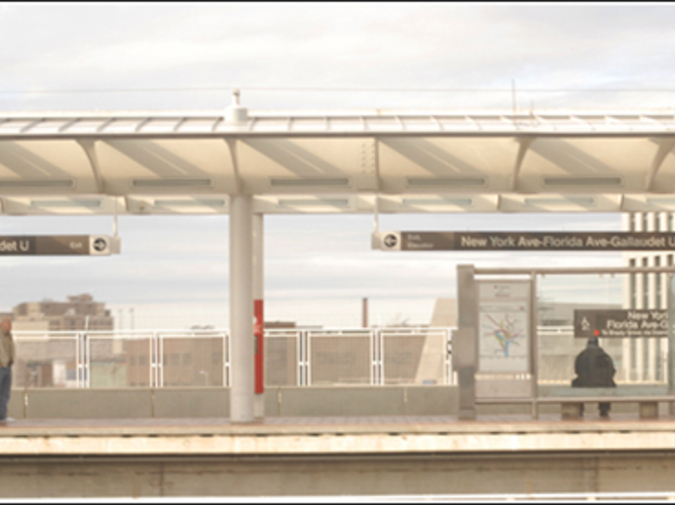 I. The Way There

On the way there you notice the light again, the same light you’ve noticed ever since you got here, a light that seems stronger than light you’ve seen elsewhere, as though there were more of it, or perhaps the air is just clearer here, though they say it isn’t. They say the air is filled with bad things, tiny little particles, much too small to see, but which are nonetheless particles, little bits of solid, not gas as air should be.

No matter what they say the sky is big and filled with light that makes everything fun to look at: clouds, flowers planted in neat rows by the yellow clapboard houses—roses, peonies, and flowers whose name you don’t know but which point at you like strange hands—even your shoes.

Actually you’ve always enjoyed looking at these shoes. Made of brown leather and covered with stitching they glow even on a regular day in an ordinary place, but here in this light they are positively blinding. However, though at first you look down at these shoes with delight after a moment you’re sad because you remember that you’re on your way to buy new shoes. There is really nothing to be done about it: it’s not just that these formerly shiny shoes are scuffed on the toes, nor even that the heels have been worn down a good quarter of an inch, as you tend to walk on the backs of your feet, for such conditions alone would not be enough to persuade you to abandon your beautiful shoes, and in fact you’ve lived with these conditions for some time and barely given them a thought; but then a week ago the front of the right sole separated from the leather, so now as you walk the shoe flaps open and shut like a mouth. Flap flap flap, the shoes which seemed friendly before now appear positively garrulous, and even this flapping seems no impediment at the moment, but despite the big warm friendly open light-filled sky winter is coming, as it always does, and flapping shoes are an impediment in winter, as everyone knows. So you put on the shoes for their final ceremonial walk to go fetch their replacements.

You walk down a big hill that leads to the center of town and the shoe store and on the way you admire the sky and the blooms and your shoes and you also keep an eye on the cars that drive past. Several streets intersect at slightly hysterical angles on the hill and in the great light you can see each car and all the people in it as clearly as though it were parked right next to you and everyone inside was leaning out the window asking for directions.

You see your ex-boss driving north in a blue VW and even though he’s ex and you worked for him years ago and in another state when you see his mild bearded face you imagine he’s caught you in some minor misdoing and in your mind you launch into an explanation that turns into an elaborate lie that turns into a diatribe until you’re so mad you’re ready to quit but just before you do your friend Rick drives by, heading southwest in a souped-up brown Nova.

What’s he doing here? He’s supposed to be in Hong Kong doing something secret for the government so maybe it wasn’t him but you’re sure it was but you’ve barely begun to ponder his surprising appearance on your street when your ex-boyfriend’s parents drive up in a Winnebego.

This ex was older than you, his parents old enough to be your grandparents; you only met them once and on that occasion you were all very shy of each other but now they laugh and the wife points a video camera right at you for a few seconds before they wave and speed off. And then you’re there.


II. The Way Back

Having arrived, having entered the store, having selected new shoes, brown indeed once again but suede this time, with buckles instead of laces and no beautiful intricate stitching to be seen, having said goodbye to the old flapping shoes and laid them to rest in the trash, you head back.

You are toiling up the hill in shoes that don’t flap, noticing that the light looks different, not any less bright but denser somehow, like soup, and wondering whether the new shoes are to blame, or if possibly this change has something to do with moving uphill, when you see a young man, a boy really, coming down the hill, headed your way.

He wears a suit that he’s grown out of, for he’s a tall boy and his wrists and ankles jut out from it, and he carries a book in his left hand. It has a black binding and from a distance you wonder if it might be a Bible; it might, because that is something they do here sometimes, carry Bibles, and if it is a Bible then he may try to stop you and make you talk about the Bible with him for awhile, for that is also something that they do. But when the tall young man in his sickly suit draws abreast of you you see that the book in his hand is not a Bible at all, it’s a science fiction novel. Once again the overpowering light seems to aid your vision because in the brief moment it takes for him to pass you see every detail of the book’s lurid cover: the blond woman in a blue catsuit being embraced by a large creature that looks a little like a fiddler crab, only many times magnified, and above this picture the title in large hot-pink letters: Dreams of Dawn.

What a coincidence! Your name is Dawn, and just now you’ve been thinking about a dream you had last night, in which your professor sat before you with a large old-fashioned stopwatch and stared at its face while you tried to read Middlemarch. In the way of dreams you knew it was a test and that you had to read as quickly as you could but though normally you are a very fast reader in the dream you had a lot of trouble seeing the words on the page, as though they were coated with resin, and though your heart was racing you couldn’t seem to get anywhere, and then the professor started yelling Time! Time!

Just remembering it makes your heart race, although maybe that’s really caused by your climb up the hill, which seems to have grown suddenly steeper, almost impossibly steep, during the last few moments. You look down at your new shoes as wearily you place one heavy foot in front of the other, and you look up again just in time to see your eighth-grade English teacher, who never liked you and used to keep you after class so she could lecture you on how you were wasting your life, zip past in a Mazda Miata. Back in eighth grade she seemed rather frumpy but now she wears bright red lipstick, Chanel sunglasses, and a silk scarf tied over her hair. You stare in amazement but in a twinkling the Miata is gone, so quickly that you are not even sure, a moment later, that you have not imagined the whole thing.

You continue to climb, watching your feet and gradually growing used to, if not positively in love with, the sight of them in the new shoes. Finally you reach the top of the hill. From it a good part of the surrounding valley can be seen, so you stop to catch your breath and lift your head to have a look around and just as you do your old friend Tim appears in a lime-green-and-yellow Dodge Dart, the same car he drove when you were students together. Even then the car seemed to be on its last legs and would sputter and kick every time Tim turned its course uphill, at which times it seemed to move as slowly as you do during your climb on foot.

The car seemed to be fueled not so much by gasoline as by the power of Tim’s will. Tim was 6’4” and three hundred pounds and had flaming red hair and acne and a voice like an airhorn, and he’d read everything and talked constantly and on many nights you’d all pile into the car and let Tim’s driving and talking entertain you all night, which, since you were all poor students, was all the entertainment you could afford, though now that you think about it you’re not sure you’ve experienced anything much more entertaining since.

Once, Tim decided he was a director; he bought a cheap little super 8 camera at a thrift store and after a furious search located a shop that still carried the film. Then he loaded the camera and everyone into the car and while you crouched, terrified and joyous, on the backseat he stood up in the driver’s seat and, maneuvering the car with just his feet and one hand, he thrust his head and entire torso out the window to point the camera at the city buildings that were outlined by dusk’s fading glow. Light! he howled. I’m making a film about light!

Last you heard Tim was very ill; AIDS, friends would whisper on the phone, though when you spoke to him he said no and shouted with rage at their lack of imagination, that they could think of nothing else. His illness was mysterious; the doctors had no diagnosis. He seemed as full of piss as ever, but his voice was slurred by whatever had hold of him, and since you didn’t dare ask him to repeat himself the conversation was a difficult mystery, and you didn’t call again.

But now here he is before you in the old car, looking larger than life and brilliant as ever. He holds no camera in his hand but as he draws alongside you he thrusts himself through the driver’s window in the old manner. Light! he roars and you say, What? thinking you have confused the present and the past but he shouts Light! Have you ever seen light like this before in your life? and he toots the Dart’s rusty-sounding little horn, which seems to give the car a burst of speed: it roars up the summit of the hill and disappears down the other side, and he’s gone.

And then you’re back.

Dawn Corrigan moved to Salt Lake City fourteen years ago and still hasn't left. Her fiction has appeared recently at Defenestration, The Raging Face, Monkeybicycle, and 55 Words, and is due out this spring at The Dream People. Her nonfiction appears regularly at thenervousbreakdown.com.