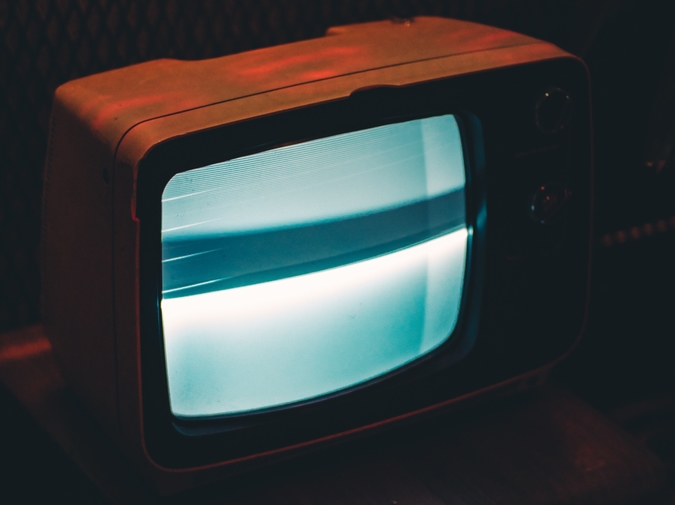 When I was 22, my mother was excited for the first day at my new job, but not so much that she couldn’t wait to tell me about the demon that had attacked her in the night.

They held her up against the ceiling from where she looked down at her body on the bed, next to Bill, my snoring stepfather. It was no surprise he was oblivious since his sleep apnea mask made an unholy noise.

“There was penetration,” she said, waiting for my brother Jon and me to engage in the conversation.

Were we going to have a demon sibling?

“It was some sort of a blunt instrument.”

When someone tells you spirits attacked you, you drag your cereal spoon around in the bowl as if you lost something. Jon did the same thing. I didn’t want to know how many spirits or if they reminded her of anyone in particular. More details would solidify her story, possibly even make us want to believe a part of it. We both knew better than to ask if it was a dream.

“It wasn’t just one. The lead demon had a voice that sounded like he hadn’t spoken in years,” she said. “There were others in a ring around us and they all told me that I had been chosen.”

Don’t think about Rosemary’s Baby, I told myself. Don’t. Don’t look at Jon. Don’t look at Mom. Instead, I looked out through the kitchen windows past the wallpaper to the crisp fall day in Pittsburgh. The leaves had shed their modest summer colors for glorious reds and golds.

It was a waiting game. If we could stay quiet, then maybe we could shove aside the conversation as if it hadn’t happened. Jon would go off to high school. I would start my job. Neither of us would be distracted about demons in the house.

Our family had recently relocated thirty miles outside of Pittsburgh. I’d been living in New York and moved in with them for a short while as I figured out my next step. The conversation made me realize it had better come soon.

“I just can’t be unsafe in my own home. What if that starts happening to you both?”

I broke my rule and glanced at my mother. The chosen one. She wore the pink and burgundy robe that had belonged to my Nana when she was alive. Even though it was still early, her short blonde hair was combed. Her face was minimally lined although she was in her fifties.

This wasn’t her first spirit attack, but it had been years since the last one. It had been such a long time ago that I had begun to think it hadn’t actually happened. Back then I was 16 and immersed in the perils of high school bullying and learning to drive. Our home wasn’t safe from the boys in my school who called and then hung up when someone answered. They egged the house nearly every weekend, prompting Bill to set up a camera. I stayed up later than everyone else to disable the camera. It wasn’t going to help to have proof of who threw the eggs. It certainly wasn’t going to help my life to take grainy video footage to the dean.

Inside, the house wasn’t safe either with my mother claiming a spirit was visiting her in the night. She began wandering instead of sleeping, sometimes staying up late to read religious texts about people who were afflicted by spirits. When she did sleep, there was always a man curling up around her, a man with a seductive voice murmuring in her ear, a man nestled in between her and Bill who lay blissfully asleep.

The inside of the house was electrically charged when our parents were in the same room, especially if Bill had just received a copy of the latest credit card bill. Then he tore around the house, following her every move.

Because I was the recipient of most of the purchases, I felt guilt even though it was her idea to go shopping. She wanted me to fit in, to wear the right clothes. What she didn’t realize then was I wanted to look like myself and wear thrift store jeans and sweaters without name brands. But I was also a self-centered teenager who enjoyed having an ample wardrobe. That time the spirits just gradually left. I don’t remember why, but I think it coincided with her beginning to meet with other mothers in the neighborhood for tea or lunch instead of staying in her nightgown in the bedroom all day just waiting for us to come home.

I wasn’t ready to relive those days when every noise in the house made her anxious and she perched on the foot of our beds like she was our protecting angel.

“I think I’ll call that nice minister this morning after the two of you leave.”

I didn’t see how a bunch of strangers was going to solve the problem: the one relating to her feeling unimportant, to not having her own identity outside of her roles of wife and mother, the one that directly led to her continuing depression.

“I just can’t handle this happening more often. I feel like I’ve just gotten over the last time.”

“This is just killing me to see how upset you both are.”

“Do you need to talk more about it?” I finally asked, knowing Jon would remain silent. He was the champion at the waiting game. Always won.

“No, it’s too upsetting,” she said. “But I feel like I have been violated and that makes me feel like a victim. You know how I hate that.”

I knew how much she liked to talk about when she had been wronged: by my biological father, then my stepfather, if someone didn’t seem to like her. Apparently, the line was drawn at complaining about demons.

I lay my hand on top of her small one. She smiled at me. I had done the right thing. Sometimes it’s hard to tell. I had developed the bad habit of checking in every few minutes to ask if she was okay. That would often lead to her yelling that she was fine. In fairness, I have no idea what it’s like to be attacked or watched by spirits.

Jon stood up from the table and took his cereal bowl over to the counter. He picked up his backpack and coat and left without saying anything. I knew he had to wait 10 minutes outside for the bus in the chilly temps, but he preferred that.

Wearing his clergyman’s collar and carrying a container of what I assumed was holy water, Pastor Lavender stood at our front door with two other church members. I shrank back into a corner of the dining room to observe. My brother did the same. The pastor was a ruddy, hawk faced man who towered over everyone at nearly 6’3. He had kind eyes. I wanted to know how he felt about church members, especially new ones, who asked for help driving out spirits.

The pastor murmured prayers and made the sign of the cross over the front door. My mother led the way through the house, motioning for Jon and me to follow. Bill wasn’t there. I didn’t know if he was genuinely stuck in traffic or didn’t want to be a part of the proceedings. It felt like a holy parade through the house. We marched through the kitchen, out to the back deck, the living room, dining room and upstairs. The master was to the left and we circled around the bed, then to the large bathroom where the sign of the cross was made over the windows. Then down the hall to the bathroom, then Jon’s room and then the guest room which had my stuff in it for the time being. Then we trooped up to the tiny room on the third floor where Jon had a workout bench. Then back downstairs and to the basement. Hopefully eradicating fear where it lurked. Then they left. After she closed the door behind them, Mom closed her eyes.

“Doesn’t it feel better in here?” she asked.

We nodded because if it felt better to her, then it was. She gathered the two of us in a hug and cried into our hair. We let her.

After the house blessing, she became more devout. She nailed a fairly large gold cross on the wall above the master bed. She took Jon and me to the mall where she bought the three of us crosses to wear around our necks. Mine was a green and gold Irish cross. Hers was a large, ornate gold cross with miniature diamonds. Jon chose a small silver one.

It was understood that we would go with them to church every week. Once there was a little skit before church that she signed me up for to read several passages in French.

“But I haven’t spoken French in years,” I told her.

“You can do it,” she blithely replied.

The Presbyterian church was down a small country road. The graveyard was the first sight after you coasted over the slight hill. The church was a clapboard Puritan style with a peaked roof and small panes with stained glass.

In the small, quiet church, she found her voice from behind the lectern as a reader. Her wardrobe held more suits than Bill’s side of the closet because when she went to church, she dressed up. Most of the time it looked as if we were going to different places.

The spirits didn’t show up again until years later. This time they were more mischievous instead of tortuous. She was living in Georgia in an old condo building years after her divorce. She still talked about how Bill had wronged her and how she was so unprepared for it.

This time she didn’t ask for a blessing and she wasn’t going to church anymore. If a light suddenly turned out or a picture wasn’t hanging in a straight line, she said it was the spirits. I have never spoken about the earlier spirit haunts with anyone in the family. In a way, that’s playing the game yet again, pretending life was normal. We are proof, aren’t we? My brother has not had spirit or demon attacks that I know of and I haven’t, either.

Jennifer Taylor is a book reviewer, editor, and writer based in Georgia. Most of her life has been spent moving from place to place, as evidenced by the fact that she has moved 35 times.

Jennifer’s favorite city is Chicago where she found her niche in the Ukrainian Village with a colorful cast of characters including a 70-something bikini-clad woman who pruned her grass with scissors, and a former day trader turned motorized rickshaw owner, both of whom have been chronicled in Jennifer’s essays.

Her writing has appeared in Bookslut, Chicago Sun-Times, Fiction Writer’s Review, H2O Magazine, Pittsburgh Magazine, Publishers Weekly, Savannah Magazine and additional publications. Her fiction has appeared in Pif, Southern Women’s Review and Shaking Like A Mountain. She received her MFA in 2006. Jennifer was the fiction and nonfiction editor of damselfly press for 12 years. She served as a reader for Tin House Magazine for a decade and was an acquisitions editor for Leapfrog Press. She is a preliminary film judge for Aspen Shortsfest. Her website is: www.jennifertaylorwriting.com