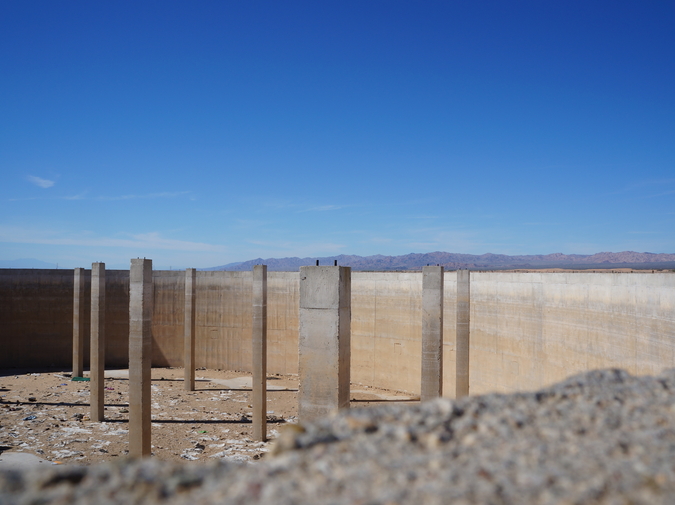 “Would you like a story?” I asked, patting Cass’s downy head. She nodded firmly—so serious for one so young! The bare skin of her neck disappeared beneath the covers. Smiling, I pulled her small body against my thigh. “It takes place not far from here, not too long ago,” I said.

“Once there were two tribes who shared a fertile prairie. There was plenty of game and crops for all to live in peace, but the two chieftains were at war.”

Her blue irises gleamed in the dim light from the bunker's single light bulb.

“After a great battle in which both sides suffered terrible casualties and neither could be said to have won, one of the two chieftains ordered that an effigy of his rival be made. His attendant set to work and, when it was completed later that day, a feast was held and the small, crude effigy was burnt on a pyre in the center of the village. The survivors watched, cheering fitfully.

“Hearing of this from his spies, the rival chieftain ordered that an effigy of the first chieftain be likewise made, though larger and more lifelike. He assigned the village smith to the task and gave him the use of several of his best men. After a week of work, indeed, the smith created a fair likeness and the townspeople carried the effigy on their shoulders through the village to the top of White Butte. They burnt it on a large bonfire. The smoke from which could be seen all the way across the valley in the tents of the first chieftain.

“And so it went, with each chieftain ordering larger and more lifelike effigies made, assigning greater numbers of men to make them, and even sending for artisans from kingdoms across the Minot Desert and paying them in silver from the taxes they collected. Strange looking men who arrived with crates of tools bound to the backs of sedans, they were artists of the first order, familiar with the colossal works being made in the east, and they sought to outdo one another in materials and craftsmanship: the meat of diseased cows was sculpted and eaten by dogs who in turn died—their forms added to the rotting figure of the first; scrapyard car parts were reassembled into a giant marionette that moved with the rival chieftain’s lurching gait. Soon, all of the villagers were engaged in the production of effigies. Crops went un-harvested, huts fell into disrepair, disease swept the land, and the two chieftains were glad.

“Years passed until, finally, the starvation and suffering became so rampant that the villagers decided the only way to survive was for the two chieftains themselves to be sacrificed.

“They rose up and took the chieftains into custody. The two were ceremoniously exchanged in the center of the prairie, brought back to their opposing villages, and beheaded, each in the village square. Then the two tribes came together in joyful celebration, for they had been freed from the ridiculous bonds of tyranny.”

I leaned over and brushed my lips across her cheek.

Maxim Loskutoff grew up in Missoula, Montana. After graduating from Pomona College, he worked in hospitals in Dallas and Chicago, on campaign trails, and in the Middle East. He holds an MFA from NYU where he was a Veteran’s Writing Fellow. He’s received fellowships from the Jentel Arts Colony, Caldera Art Center, the Brush Creek Foundation, and NYU Abu Dhabi, and his stories have been published in Narrative, Witness, Slice, and Willow Springs among other publications. Follow his work at maximtloskutoff.com.