The Stink of Horses: Excerpts from The Marina Golovina Controversy by the Ballet Book Series 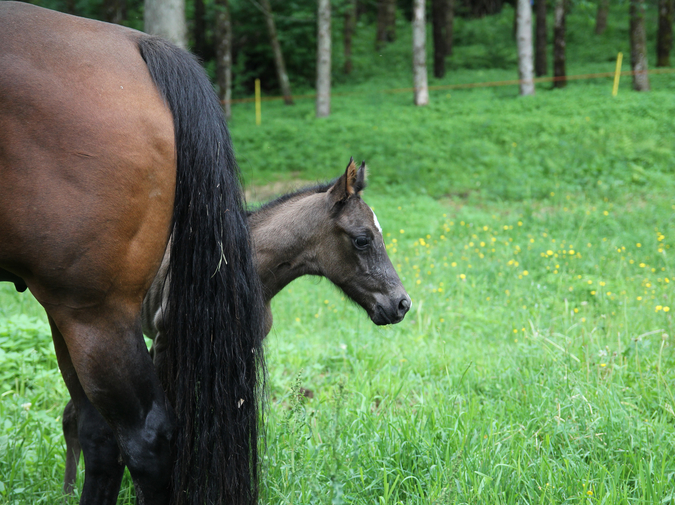 “I don’t understand anything about the ballet; all I know is that during the intervals the ballerinas stink like horses.”
-- Anton Chekhov


“Marina was not like the other dancers. The dancer was broad, her thighs as thick as steaks. The other ballerinas laughed; they called her big girl, they brought her cakes and cookies which she shoved in her mouth in front of them, letting the crumbs fall down her chin and onto her black leotard. It was she who got the best parts, she who moved like an animal. As though the stage was her life. As though, once she left it, the legs which she used to soar across it would no longer be hers.

“Marina was the best. Everyone knew it. I knew it. It was why I gave her only the best parts, only the parts worthy of her.”
-- Daniil Durov


“I met Marina at the ballet, before she was big. And by big, I mean famous, for she was always a hefty woman, hips of a mother, hips of a woman who knows how to fuck. It is what drew me to her in the first place, as I did not see her dance until it was too late: I was already there, already fallen like a misstep.

“I was not a dancer, not the way Marina was. My dancing was done in back alleys, in damp and dark clubs, too drunk to know better. I had been told I moved like a monster, one possessed. I wanted to dance with Marina. She too had that crazy look in her eyes, a hunger I couldn’t name even when it landed across me, later, in the din of her hotel room. ‘Quick,’ she said. ‘Make me come before midnight. We have one hour to spare and one hour only, and then you will take your clothes and you will leave.’

“At first I asked questions, but when she sat on the edge of the unmade bed and crossed her arms across her bare chest, hiding her nipples – as soon as we entered the room, she removed her clothes piece by piece, languid, bored, as though undressing was a chore – I agreed. I climbed across the floor to her, on all fours, and lost myself between her legs.

“Her room did stink, like a barn, like leather and straw and dung and sweat, but I had heard the man in the glasses and the prince-nez in the audience of the ballet that night, had heard him say that this was how a ballerina smelled. It was a maddening smell. I am not ashamed to say I loved it. Once she was shaking in my arms, I buried my nose in the hair under her arms and breathed it in like a perfume. I did not wash myself for one week after. I did not see her again for two months.”
-- Ivan Istomin


“Yes, I remember the boy. He thought he was something. Told me he wanted to take me dancing. He was good between my legs, once I told him what to do there, as though he had never tasted real woman before and needed to be told which fork to use. His name? I did not catch it. I do not remember it. I have a terrible memory. Each night, it seems I forget all but the dance. The dance I remember. The dance I dance again and again in my sleep.”
-- Marina Golovina


“He asked too many questions, that Ivan fellow. Came sniffing around for her like a lost pup. When I told him to leave, that Marina did not wish to see him, he pushed me against the wall and snarled like an animal.


“I have seen the dancer they call Marina. I have seen her past midnight.”
-- Anton Chekhov


“Because they would not let me in, I was forced to crawl up the fire escape to the window of her hotel room. I was angry at the ballet. I was angry at the opera house. I was angry at the man Daniil, that jealous cod. What a hack. Never made it as a dancer, and so now he tries to cage his dancers like prisoners. That is why I told you what I told you. That when I climbed the fire escape and peered into the window, I saw first her costume laid out for her on a chair by the window – that night she was to dance the Aurora in the Sleeping Beauty – and then, on the bed, across the blankets, I saw the horse, brown and muscled from equine head to equine hooves, curled sideways like a human across the very same bed upon which my Marina had spread her legs for me only two months previous. While I watched, I saw her transform, saw her body melt, saw the horse turn into my Marina, saw the silk of its mane metamorphose to the silk of her hair. But it was a lie. It was a lie because of course I did not see these things. Of course this is the stuff of the ballet itself, fantasy. I am a fantastical man driven to lies by love.

“But for the record, I would not have cared. I would love her regardless. Print that, please, print that, for her to see. I would not care if she were a horse, which of course she is not, because that is impossible.”
-- Ivan Istomin


“I cannot answer your question. I can say only, what a cruel punishment it would be, to be a dancer for only each evening, to be human only then and animal, muscles incapable of bending as human muscles do, incapable of lifting, light, into the air, incapable of being carried, of being loved, of falling into bed with strangers who have seen what you can do. What a tragedy it would be. Someone should write it. I would dance the part.”
-- Marina Golovina


“The young man fell. He was not pushed from the fire escape. Our opera is a respectable house. And no, of course we did not bribe him to keep his mouth shut. We did not promise him anything. That was not us pictured in the hospital slipping those rubles beneath his pillow but a relative of his. He has admitted this himself. It is clear the young boy is of the criminal element. Clear that he snuck his way into our house to begin with. I will answer no more questions. Tonight she dances the part of the sleeping beauty, and oh what a beauty she will be.”
-- Daniil Durov


“I have taken the dancer out into the night and ridden her through the streets. When Daniil Durov lets me, as he is her master in that house of music and magic, I have taken the dancer to places where she can breathe night air and dance a dance she does not love. Think what you will of the story. It is stranger than fiction; it is fact.”
-- Anton Chekhov


“I will dance until there is no more of me left, until I am stuck in a body that does not move as this one does. Of course I am speaking of old age. What did you think? That I was some sort of creature, a swan, a beast? I am a dancer. And that is all that matters. That is all that will matter when I stink like a corpse. When I am food for dogs.”
-- Marina Golovina

Bonnie Jo Stufflebeam lives in Texas with her partner and two literarily-named cats: Gimli and Don Quixote. Her fiction and poetry has appeared or is forthcoming in magazines such as Room, Clarkesworld, Strange Horizons, and Goblin Fruit. She holds an MFA in Creative Writing from the University of Southern Maine's Stonecoast program and curates the annual Art & Words Show, which was recently profiled in Poets & Writers. You can visit her on Twitter @BonnieJoStuffle or through her website: www.bonniejostufflebeam.com.