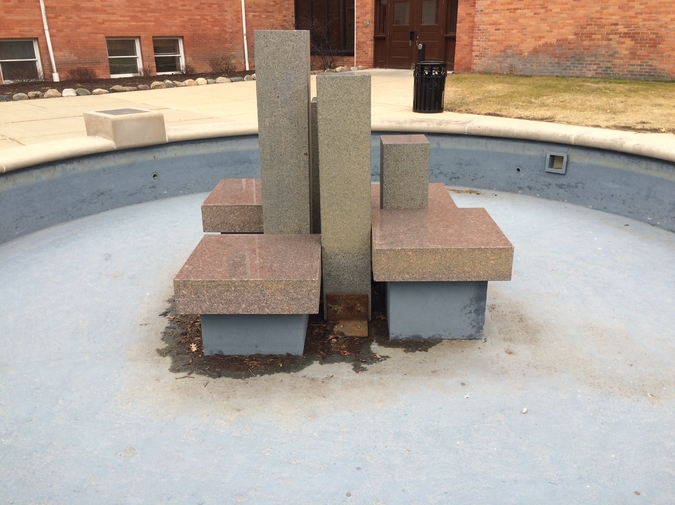 Mom says new husbands are like circus peanuts. They go stale after a few weeks, and she wonders, Why the hell do I keep buying these things? I don’t even like them. She’s too proud to divorce after less than a year, so I get tipsy calls in the meantime.

I scour my cupboards for whichever sour, half-empty bottle of merlot I’ve got around. With two thousand miles between us, we air-toast.

“You are the same person as me,” she says.

“I’m not toasting to that.”

“Your jobs, my men—we fly after every harebrained dream, burn out, crash, say, ‘Never again.’ Six months later, right back in the air.”

I say, “I’m trying not to be that person anymore. It’s been years since I quit a job. I’m settled.”

She says, “Margaret, please. One day, you will look around your little cubicle, and you will think, If that letter opener was sharp enough— Then you’ll be the one calling me up crocked, unemployed, telling me you’re going to be a sculptor now, or whatever, and you’re not sure how you’ll eat but you’re thrilled.”

We never do. Six month gaps pop up between contact. In person, I only see Mom at her weddings.

Last I counted, she was on husband number seven. He gave me a lady Rolex at the reception, a pretty good fake. Seemed like an awfully nice gesture from a stranger.

My real dad—not much to say. He was husband number two and lasted the longest by far, a decade. Mom was sweeter then, so she packed his things before she told him, “We’re done.” I still remember the look on Dad’s face. It was like Publishers Clearing House showed up at the door, and he had to pretend his tears were the sad kind as he took the giant check and made his break. After that, I saw him on holidays, then not at all.

It’s not that we hate each other. We just never meshed. When I turned eighteen, it was like we realized, Who needs this wool over their eyes?

One day, I’m thirty-six, still pushing papers in an ugly building downtown, answering phones for people who made better decisions in high school. Mom’s right; it’s like I forgot why I ran to California in the first place, just turned to a lichen on a rock here.

My cell rings while I’m walking to work. A video call. Dad. He looks like hell, just old and tired. Still walking, I answer. “Seriously? It’s been years.”

I can’t slow or I’ll be late, get docked a half hour of vacation. “Come again?”

He says, “Heart stopped, no warning. The fiancé says it was peaceful, but what the hell else is he going to say in an obit? ‘She wigged out on bad meth, shit her pants, and croaked?’ I doubt he even wrote the thing himself.”

Dad turns his camera around, first toward a cigarette butt he’s rubbing onto a cracked asphalt parking lot, then at a cozy white building with a green shingled roof. “Recognize that?”

Of course I do. It’s the funeral home in Eaton, Ohio, my little pit-stain of a hometown. Population eight thousand, makes Dayton look like a metropolis. I say, “You horrible people. It’s today.”

He says, “Look, I didn’t come to this thing for your mother’s sake. I came to see you. I guess you didn’t get the Facebook invite.”

He shrugs. “Everyone assumed you’d be the first to get the news, so no one bothered passing it on.”

I say, “What the hell happened to husband seven? He was an alright guy. He’d have called.”

Dad says, “Your mom ran out on him last month, shacked up with a kid young enough to be her son. Or your son.” Dad walks me into the funeral parlor. “That’s him, the snot-nose. They were planning a Vegas thing, already writing invitations.”

Never mind work. I fall onto a random bus bench, staring at my phone with glazed eyes while Dad walks me around the room, introducing me to unfamiliar faces. He shows me the urn. Beside it, one of Mom’s engagement photos, cropped to show just her smiling self.

Dad steps to the podium where people at nicer funerals give eulogies, taps the mic.

“Everyone, quiet a second. I’ve got Maggie on speaker. She’s going to say a few words.”

I say, “Dad, no.” It’s too surreal, gaping at a roomful of weepy strangers from a bus bench eight states away.

I say, “Christ. Nice? Mom’s probably the only person on earth I ever gave a damn about, let alone loved. There’s that. She used to swear we were peas in a pod, and I’d say, ‘We’re more like nuts in a shell.’ Reckless. She was obsessed with the Icarus myth, never got that it was meant to be a cautionary thing.”

A route 11 bus pulls up. I waive the driver off.

“She was right, though. We’re both just bat-shit, honestly. Like, right now I should call work and go on bereavement. Instead, I’ll find a bar and drink until Mom’s ghost starts telling me to burn my boss’s house down or something.”

He returns to the parking lot for another cigarette. Before he hangs up, he says, “You know, I could fly out and see you. I’m basically retired these days.”

He says, “Snot-nose wants to keep them.”

Ryan K. Jory studied creative writing at the University of Michigan and Miami University of Ohio. He currently lives in San Diego, California with his husband, Matt.