The Scent of Bread 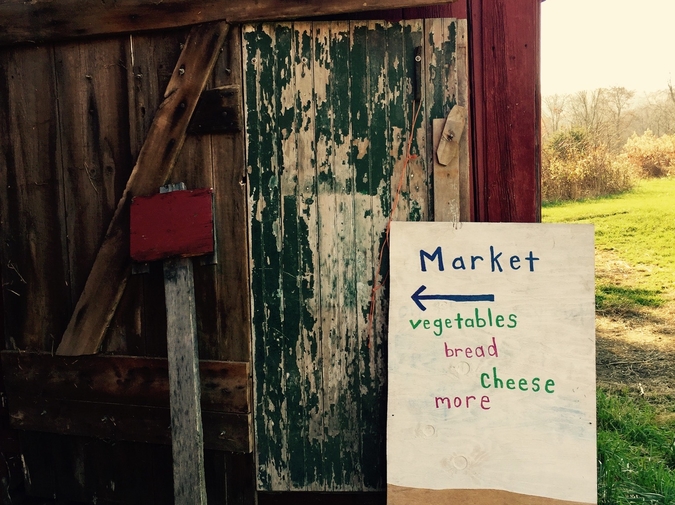 The sun is cracking the flat sky, pale orange pink intensifying into brightness. As I near the Italian deli a quarter mile from my house, the air is swamped with a familiar-from-childhood aroma of fresh bread. It’s 5 a.m. in early spring with just enough wind to float a memory. I like to run this time of day, alone, with no immediate demands, the brief solitude an invitation to think about whatever I choose. I’m a single mother, a full-time undergraduate living on student loans and scholarships, a job as a personal care attendant to a cerebral-palsied woman, and the baked good I make and sell at weekend fairs. Time is sucked out from under me, but these 45 minutes are mine.

An early morning delivery has been made to the deli, aromatic brown baguettes in a heavy bag left on their doorstep, the steamy scent a seduction. Before I can think about what I’m doing, I swoop and grab one and continue on my way home. My sons and I will have fresh bread today—buttered with eggs for breakfast, sandwiched with thick peanut butter and sloppy jelly oozing down the crisp sides for lunch, whatever is left toasted for dinner.

Stealing is nothing new; once a feral child on the streets of Brooklyn, my survival skills are still intact. This pilfering becomes ritual for the next six months until I graduate from school.

Bread has its own history, its own holiness. Flour was pounded from prehistoric plants then roasted on the hot stones of Neanderthal fires. Ancient Egyptians milled grain between giant rocks, dark, mixed flour, imperfect loaves with heady scent.

There are a hundred names for bread: challah, pita, tortilla, chapati, roti, injera, naan, lavash, paratha, so many more. Prisoners are given bread and water. Poor people supposedly survive on scraps and crusts of bread. A concentration camp survivor told me they hid stale slices of bread to give loved ones. Bread is called the staff of life for a reason.

Sometimes I bake my own bread, not the pale delicacy of those deli baguettes, but the grain-heavy loaves of the immigrant Russian bakeries of my childhood. They are coarse, dense with the darkness of escape from the Shtetl, elegiac with the peasant flavor of the past. I like the act of kneading them, the weightiness of the dough notifying you that this is work, that your arms and wrists and fingers and back must be involved, that all of you must surrender to the demands of the process. My bread is not a by-product of vanity, of saying look what I made; it’s about filling stomachs. This is the day-old bread my mother bought and smeared with roasted garlic.

My son lives in Chicago, an overwrought city where neighborhoods crash into each other, boundaries demolished through sheer excess so the Indian becomes the Hasidic becomes the African-American becomes the Polish becomes the Hispanic becomes the Chinese, and there is bread everywhere. The wind that whips tree branches, topples trash cans, and attacks stray newspapers in low-income neighborhoods slows its furious pace when it hits the wealthy ones as if to encourage the scent of artisanal bread to float gently over the front stoops of elegant brownstones. These hand-crafted breads have conquered America like a hoard of invaders, $3.50, then $4.50, then $6 then $7 a loaf, challenging the populace about what it will pay. I walk right past shops with beautifully shaped breads laid out beneath carefully placed lights. We go to the Indian neighborhood for chapatis, to the Mexican for a certain kind of corn bread. I am hungry for pita bread smeared with baba ghanoush. I crave thick Russian bread festering with dark grains. I need peasant bread to be sated.

My husband bakes bread twice a week, dense, heavy bread with bits of unground grain, dark bread, the sponge thick and sour from starter that is at least fifteen years old.  This bread is part of our history, of our marriage. Friends jokingly ask if I married him for his bread. I say no, I married him because I love him. Still, sometimes, when I open the door after a run and am enveloped in the scent of a yeasty loaf, I’m not so sure.

Michelle Cacho-Negrete is a retired social worker who lives in Portland Maine. She is the author of Stealing: Living in America. Michelle has 80+ published pieces, 4 of which were among the most notable, 5 of which are in anthologies. She won Best of the Net, the Hope Award and was runner-up for the Brooklyn Literary Arts contest.