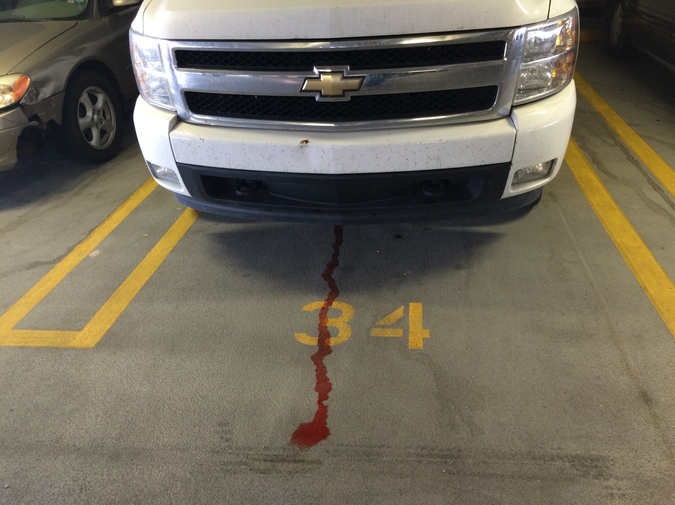 This is about a dead guy. But it’s 1995 and the dead guy isn’t dead yet. He’s driving. A black Thunderbird. Erie, PA to Cleveland, Ohio to see Fear play Peabody’s. I’m riding with him, and two carloads of Erie punks are following us down I-90.

The CD playing in the Thunderbird is The Record by Fear. 27 minutes of crass, sleazy, wonderfully offensive punk rock. The short duration means you can listen to the entire album nearly 4 times on the way to Cleveland. But why would you? At the show Lee Ving will come out, kick somebody in the face, launch into “Beef Boloney,” and you’ll be like “Oh, ‘Beef Boloney’ again.”  So, after the second go-round, I ask the dead guy to put on some Bay City Rollers (it’s Saturday night, after all) and he obliges.

As we barrel past Mentor the dead guy starts to primp his shoulder-length hair in the rearview mirror. In terms of wardrobe, he’s gone all out tonight: cutoff jean shorts (in February) and a sleeveless Samantha Fox t-shirt. He says he wore the Samantha Fox shirt because “she’s hot,” but is unable to adequately explain the short-shorts.

At Peabody’s, I get kicked out during the opening band for underage drinking. I sit outside in the Thunderbird listening to The Record. “Let’s Have a War.” “I Don’t Care About You.” “New York’s Alright If You Like Saxophones.” So many classics about to explode live, and I’m stuck in a car with a CD.

Then the dead guy comes out. He opens the trunk of the Thunderbird and removes an old raincoat and some kind of weird hat and tells me to put them on. The bouncer forgot to revoke my wristband, so I slip into Peabody’s incognito. I can’t associate with my friends, who are being watched, but every now and then I mosh into the dead guy and give him a wink.

Fear has a lot of songs about beer, so beer. Specifically, J.W. Dundee’s Original Honey Brown Lager, the brew that got me booted.

Dan Morey is a freelance writer in Pennsylvania. He’s worked as a book critic, nightlife columnist, travel correspondent and outdoor journalist. His writing has appeared in Cleaver Magazine, McSweeney's Quarterly, Jersey Devil Press and others. Find him at danmorey.weebly.com.