The Piano Thief and Hamsters 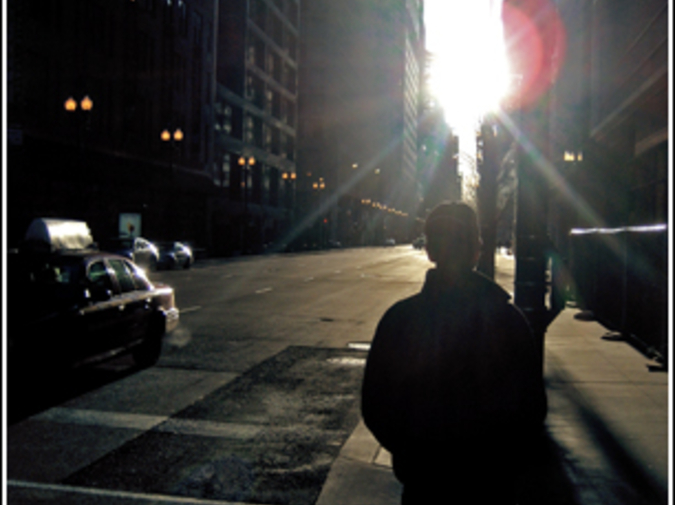 It'll take him all of a month, longer if he's in love. But always at least those thirty days. Because a piano is heavy. What he's learned to do over the years, though, is take them piece by precious piece. The day before it starts, he might be your blind piano tuner, the one you usher in because he's just like on all the shows you've ever seen, his dog swishing its tail by the stool while he works his arcane magic. But that night when he comes back, his fingers retracing the security code he wasn't supposed to be able to see, there will be no dog. Just cat feet, padding across your foyer, stepping over and over into a hooded pool of light. He'll carry no bag, either, won't need one, as all he takes that first night alone is a single hammer, from a key not often used. The next night, however, if he can't help himself, he might be trying to balance a whole armful, the razor strings slung all over his body. Then, finally, three weeks into it maybe, the piano will be hollowed out, will have become a bed he can't help curling up in while you sleep, unaware of the man in your living room. And, if he's in love, and he usually is—why else take this kind of chance?—he might even oversleep, spend the day listening to the sounds of your house as it bustles and thrums, his face in that soundless dark place a listening grin. Soaking into the joists and dovetails and master carpentry all around him, threatening to deliver him down to the floor all at once, is a solvent he's developed over half a lifetime, derived from margarine and spray lubricant and a certain brand of hair tonic. What it does is loosen the fittings, allow the piano to whisper apart in the night, as if folding itself into nothing. Which, for all intents and purposes, you'll think may just be the case. Provided you even notice the absence, after he's taken care to wirebrush the indentations out of the carpet and rearrange the furniture ever so slightly, so as to cover the glaring absence, the proof he was ever there. And, even when you do notice, of course it will be coincidence, bad luck—you could never in good conscience cast suspicion on the blind man with the good ear, now assembling your piano in one of the great empty rooms of his mansion across town. Not for the sound it can produce when tuned right and played better, either, but for the sound he was in love with—the sound around the piano, of a home, of people eating dinner, of baths starting and stopping, seemingly without reason or rhythm, but with a forward motion he can almost remember, a feeling that this is never going to end. Some nights, lying again in the casket he's so delicately reassembled, the wires finally still all around him, he'll be able to hear that forward motion again, even, that life, and he'll smile in the musty darkness, manage to forget for a few moments that the piano isn't his.

Bedtime in the cage.

Our Mommy Hamster would sit in the hall between my sister's wire room and my wire room and read us wonderful stories. We could see her just a little, sitting there in the chair she'd dragged over, and we would lie at the edge of our beds facing the door, making sure she hadn't scampered away to the dishes or the food bowl or to her bed of newspaper.

Through the walls we could also sometimes see the shape of our Father Hamster, walking on all fours, smelling of each thing and then whipping his face away, disgusted, but coming back to smell again and again.

It was our Mommy Hamster's voice that carried us into sleep each night. The last thing we'd see would be her fuzzy, backlit shape in her chair. On the best nights, we could stay awake long enough for her to fall asleep as well, the corner of her book gnawed into a soggy mess. Later, when the cage rattled and we shook awake, there she'd be in her same place, and we could go back to sleep again, because the world was all right.

But, as she told us each night before reading, she had a lot of stuff to do before bedding down herself. And when she said it, her whiskers would flick back towards the living room, giving away the source of her twitchy nerves: Father.

She wouldn't tell us the story, but we knew from an aunt that when we were born, Father had tried to eat us.

If we ever told Mommy we knew this, she would have just hushed us, told us that it was all a big misunderstanding. That that's not the way daddies act, is it?

So of course we never told her. It would have hurt, to hear her have to lie.

The plea was there in her voice each night for us to go to sleep early so she could do her chores, but still, her voice, we never wanted to let it go.

We don't blame her is what I'm trying to say.

What she did, finally, was wait until we'd start to nod off while she was reading, just our noses moving but to no place in particular, then she'd take one of her old jackets, a few armfuls of loose paper from the corner, and some of the colored string that had been dropped down through the ceiling for us to play with, and fashion a surrogate for herself. A dummy Mommy. One that we could mistake for her, as long as our eyes were still thick with sleep, the lights off, the only sound Father working the ball in the drinking tube.

The weeks after she started doing that, we slept better than ever, like we were curled around ourselves twice, and then had enough energy that we were chewing up all the papers before Father could even get to them. It was a dream. Mommy even lost that frantic look around her eyes, a little. She was finally getting to the dishes, the bedding, all the things she needed to do but never had been able to.

It was the perfect solution.

But we loved her, too, the real one, please don't misunderstand. We were even beginning to have a sense of what she was going through in the cage night after night, day after day, week after week. So we allowed the charade to continue. Each night while she read, we would chant to ourselves in our head, either that it was the dummy Mommy reading, and that that was all right (just don't think about the mouth), or, if that wasn't working, we'd pray that when we woke in the night, we'd have forgotten that it wasn't really her sitting there.

Like all good games of pretend, though, there came a night where—

What happened, and I've never told my sister this, because I love her too, but what happened was that I woke. Not from a sound, but a sense. It was Father. He was creeping along the wall in the next room, his nose to the corner, following it like a rat.

Through the wire wall I could only see his general outline, but it was enough for me to know the look he had on his face.

It was the same one I'd imagined a hundred times, the same I knew he'd had the day we were born.

But it was okay, it was okay. We weren't furless pups anymore. The instinct had to be drained out of him, right?

He wasn't after us was the thing.

I settled my eyes on Mommy Hamster just as he got to her, just as he stood on his hind legs, his forepaws clamped onto her dry shoulder, his pelvis thrusting over and over into — the side of her head? Her ear?

And she just took it, and took it, and then I remembered: it was a thing of straw he was abusing, a dummy made from string, made to take her place.

Two floors up, through the wire so that she was just the dimmest of shadows, I could see our Mommy Hamster.

She had paused for a moment in the mouth of one of the great tubes that went forever away. Paused to check the air, to check on us.

"Go," I whispered to her in my loudest quiet voice. "Run away," I said, and, slowly at first then faster and faster, so that her claws were clacking on the plastic, she did.

Stephen Graham Jones' latest two novels are Ledfeather andThe Long Trial of Nolan Dugatti. Next up, a collection of horror stories, The Ones That Almost Got Away. As for these two stories, the piano-one wanted to be a harmonica story, but that just wasn't working, and the hamster-one -- try it. Have a hamster for a narrator, see where it takes you. Don't leave breadcrumbs, though. For obvious reasons.