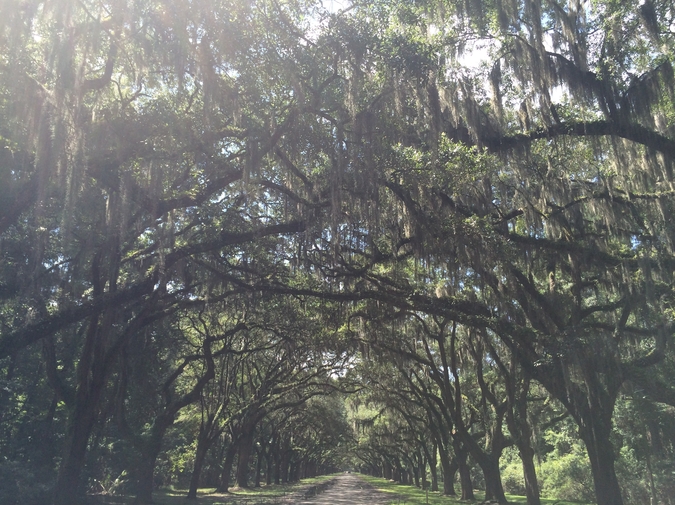 My brother and I ran through the woods, in the trees, and what happened once, in our imaginations, what happened was, we were being chased by the people from the outside, the people in uniforms from Albany had come for us and I could barely keep up with my brother because he was fast, his legs connected with planks of tree fort taking me great leaps. We pretended to duck bullets and we said, You can’t make the family be the way you want the family to be, and I slipped on a narrow piece of wood of my design, my body twisting in the air, hands trying to grab onto any nearby tree, of which there were none, as my body descended into a crush of leaves.

Brother jumped down, and what happened here, what he did, was grab me and run into a kind of enclosure against a rock formation, everything green, everything damp, and what my brother did, what he was doing, was still pretending we were escaping the outside forces, that I hadn’t fallen by mistake, my shin cracked, but I had been shot, he was riding the nightmare fantasy out by sheltering me, holding me under the everything green and everything damp, aiding my mystery wounds by tearing his shirt into ribbons and wrapping my left bicep and right shin, telling me it would be okay, the outsiders couldn’t destroy us because we had each other, and I remember randomly, and embarrassingly, moving my mouth toward his mouth. The moment was so powerful that what I did that night, and for the next month, was sit in my room with this memory, retracing every detail, every touch of brother, every line of tangled limbs, every leaf, every crack in the rock, every curve of shoulder, and I drew it, carved it, repeatedly into my brain, engraved it there so I wouldn’t forget how it happened and how it felt.

Because we were so isolated on the farm the fears of outsiders coming in to alter our way of life was normal. Sometimes my brother would randomly run through the house saying the outsiders sat perched in the trees, they had guns aimed at every window in the house, and we’d run to the basement and whisper our last words to each other in the hiding cabinets while I additionally imagined a translucent red dot hovering over my forehead, an image I had read about in my brother’s mystery novels, but didn’t exactly understand how it worked besides that it was connected with an instant fatality.

Other times my father led the game, which was more a drill. He had complex diagrams of how each of us would leave the house, depending where we were when the outsiders came in, and my brother and I laughed at the work he had put into these procedures. Each diagram was its own octopus of routes and escape ways with the same end result, that no matter how we left the house or woods – by window, roof, on a ladder, from the lake, in mid-air, etc – we were to meet at a specific tree fort in the woods and stay there until we were together and the outsiders had left. For years I secretly wished for the game to become the drill, even going so far as wishing for another Buffalo Storm to attack the house and send us back to the trees and the green lights. It happened once, even if for a faulty reason, and I remember it clearly, which may not be correct.

My brother had told my father that he had seen a man just outside the house and when my father asked if it was the hunter, my brother said no, he was sure it wasn’t the hunter, but someone else. My father did an outside sweep of the house while my brother and I, standing shoulder-to-shoulder, looked out a window until moving to the next, following the movements of our father who occasionally looked up at us and waved. I had no idea where our mother was. I can’t place her in this moment in the memory. We waited until our father came back in the house and said he couldn’t be sure, there were fresh footprints outside the home and also a tire track in the mud, so he ordered us to the trees, the drill being expertly executed, and that’s when mother walked from the house holding several bags crammed full of food and clothes, her movements calm and smooth, leaving the house like any other time she left the house, much to the amusement of my father, who although was angered by her non-rush, couldn’t contain his love for her.

We stayed in the trees for half the day, father keeping an eye on the house in a kind of house worship for movement. The time in the trees allowed my brother and I to carry on the fantasy of the outsiders coming in and destroying the utopia our family had created, which in turn allowed me to reflect on the family and our ways, namely, that an entire community of people were living different lives miles away in Albany, in New York, but they were no better off than us, on the farm and isolated. Everyone had their problems with their immediate surroundings and, most likely, projected themselves into other realities to deal with their present. I tried not to reflect too much, which I later realized was my family history that was rooted inside me, instead concentrating on my brother running ahead of me over the planks of wood, telling me to hurry up, bullets fly faster than birds, so come on, let’s go.

Something I never questioned during or after these games with my brother was that he was never hit by the bullets, only me. I was the one, time and time again, who suffered blown-out knees, V-cut neck wounds from grazing shots, deep tissue legs hits that made me limp over the bridges and balconies, but he was never, in my recollection, ever hit, and I think this pertained to his idea that he was somehow immortal, the Mad Mouse, Wildcat, and much like our parents, who never meditated or considered their own death even after one of them or distant relatives were gone. Whereas I was sprayed from head-to-toe by an outsider’s machine gun, my brother jumped from side to side, ducked up and down, and amazingly, frustratingly, avoiding every bullet. I died cold in the trees, coughed blood into the clouds, ran my half-fingers down the bark of a nearby tree, and was soothed, rescued, brought back to life by my brother. The fact that he had gone deeper into his mind, into sky law and the deeper woods as an adult who thought this way, made my possible rescue of him even more daunting, and seemingly impossible.

Shortly before returning home, the outsider seen by my father from a specific tree – it was the mountain biker with the gashed thigh who had collapsed near the house, invisible laying in the field for hours but then he had gathered the strength to crawl to the front door – I decided to stay down after being struck in the back of the skull by a bullet, that is, instead of my brother saving me with shirt bandages, mock-mouth-to-mouth, and life potions carefully poured down my cradled head, I stayed still on my back with my mouth and eyes open, concentrating on tree branches oddly framing the sky. Let me clarify: I stayed dead for way longer than I should have. At first my brother laughed, made fun of me, said to come on, the game was over, and then he sat on his heels and stared at me. The silence was difficult. He looked me up and down and studied my face. Then he tested my breath by placing his ear over my mouth, and I held everything in. I could see him becoming more and more concerned until he began shaking me, screaming at me to wake up. He panicked, jumping up and down on the plank of wood I was dead on. He squeezed my left eye a little, and it was hard not to flinch, but I held my frozen pose. My brother began crying, saying he was sorry, looking over my body for actual wounds, surely something must have struck me during the game, maybe a tree branch had pierced by heart through my back. I thought, for a moment, maybe he was trying to fool me, but he wasn’t, he was truly crying and giving me a sort of eulogy. He slapped my stomach and I didn’t budge. I didn’t wake up until he walked away and couldn’t hear me when I said Wait, come back.

Shane Jones is the author of several books including Light Boxes and most recently, Crystal Eaters. His work has appeared online in BOMB, The Paris Review, The Believer, VICE, and DIAGRAM. He lives in Albany New York.