The Moment, In Ruins 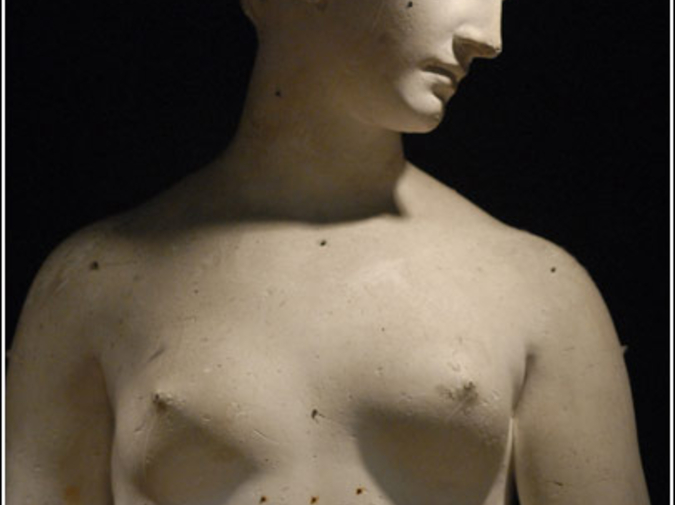 In bed with the wife of a guy that I work with, and this isn’t the beginning of the story, but the end of it, and then she calls me a month later and says she’s pregnant. Says she’s left him, and all I can do is laugh and hang up. Walk into the bedroom where you’re sitting naked and cross-legged on the floor, flipping through a stack of poems.

You ask, ‘Why do you write so much about sex?’ and I say, ‘Because I can never get enough.’

‘But no one’s ever happy in these poems,’ you say. ‘Sex is always just a weapon, or a drug,’ and I sit down behind you, slide my hands over your breasts and down your stomach.

‘Then you should be happy I haven’t written about you,’ I say. But of course, I do, and of course, we start fighting. And I end up moving, and then moving again. I stop paying the phone bill. I find a job in a different restaurant.

I stop writing for a year or two. I get married. We discuss having kids, but we never do, and then I get divorced, start writing again. I end up in bed with the girlfriend of the guy who lives below me and, afterwards, she asks if I have any pot or something to drink, and I say ‘No.’ She looks at me like I’m lying, which I’m used to, then gets up and walks naked across the room. Nice ass, tattoo on her left ankle, birthmark on the small of her back, and she looks at the stack of papers and magazines next to the typewriter I keep in a corner of the room. Asks: ‘What’s this?’ as she flips through the top pages.

She turns a little, smiles over her shoulder at me, beautiful curve of breast, dark hair falling into her eyes.

And I have no idea at all.

John Sweet was born in '68, is the father of 2, is a champion of those who want nothing to do w/ champions, and lives among the willingly unemployed in upstate New York. His recent work has appeared in Thirst for Fire,The Green Muse, and Fight These Bastards!. Verbal abuse and condescending remarks are available upon request at bleedinghorse99@yahoo.com.