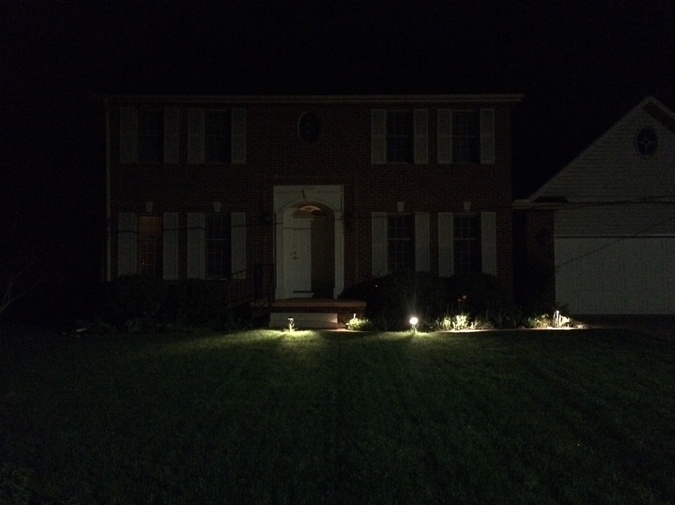 The killer dispatched the boyfriend easily in the kitchen, and then he had an idea. He climbed into bed with the sleeping girlfriend and held her like a lover. He chuckled and waited for the inevitable screaming, for everything to slide familiarly downhill—the plunge of knife, the spray, the dismay of blood finding itself outside of the body.

But the girlfriend did not wake. She sighed, nestled closer to the killer in the loamy dark. Rage stabbed up through the killer. Worthless bitch!—surely she was faking, trying to buy herself time. But her heartbeat was steady and slow beneath his arm, a soft knocking against his flesh and bone.

It was not often this way. It was, if he had to admit it to himself, never this way. There was always shrieking. There was lots of limb-flailing. Many a night the killer had gone home to his solitary bed and awakened the next day to find bruises that he couldn’t remember getting, or a loosened tooth. Had his victims struck him? There was, he felt, something ungrateful about the body in its final moments, a gracelessness. Everyone was going to die anyway; he was just mercifully removing the uncertainty of when.

Lying there with the girlfriend soft and vulnerable in his arms, the killer felt, suddenly, worthy of trust. Putting aside for the moment that he’d just killed her boyfriend (messily; the head still on the cutting board in the kitchen), whom she’d maybe been very much in love with, maybe planning to marry and grow old with, have kids and go on vacations to the Cape, et cetera--forgetting that. Just look at the way she lay peacefully in his arms—surely that meant something. The mingling scents of their hair. Perhaps he was, after all, someone who could be loved.

The killer let his head drop to the pillow and drifted into dreaming. In the dream, he had just killed the president. Everyone was standing around him and shaking his hand and saying, you did so great, he was not a good president at all, thank you so much. They were erecting monuments in his honor. They were declaring a postal holiday. The killer was nodding and smiling and saying, no no, in a way that meant yes yes. And the girlfriend was there, and they were old, and married, and he was trying to tell her that she was just as beautiful as the day they met, but the words were turning into moths and flying away on moth wings. He lifted his hands into the air to chase every kind of beauty: luna, gypsy, imperial, brown-tail.

In a moment, he would nudge up against the surface of waking just enough to realize that the other side of the bed was empty. Perhaps there would be screaming, or perhaps she would simply be gone. But for now, everyone was laughing and bleeding and shaking his hand, and everything smelled like summer, and the air was full of wings, and nobody, nobody needed to die.

Kendra Fortmeyer is the fiction editor for Broad! Magazine and the author of the chapbook The Girl Who Could Only Say ‘sex, drugs, and rock & roll’ (Awst Press). Her work has been nominated for the Pushcart Prize and others, and has appeared or is forthcoming in One Story, The Toast, PANK, Black Warrior Review, The Literary Review, NANO Fiction, FiveQuarterly and elsewhere. She likes libraries, mermaids, and the post-apocalypse. You can find her atwww.kendrafortmeyer.com or on Twitter @kendraffe.