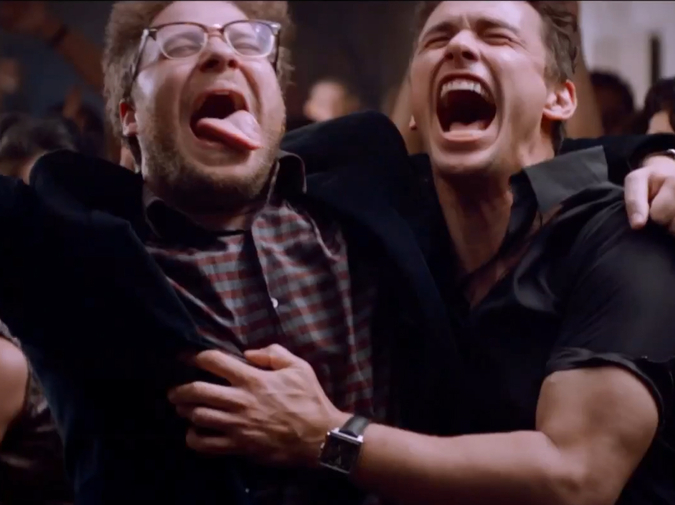 Let’s toss off in your mouth about the poet’s snobbery. Picture the poet: studio head for a day. Merry Christmas. His piss in your charities. The revenue loss. The PR disaster. The Enemy Mine of industry. The productions of a million new Putney Swope-s. Les Blank-style recasting of all actors. The ending of There Will Be Blood in perpetuum behind the scenes. More than two women directors. Union assassins snapping California off its axis – dropped like a health pill into the ocean. Him really appreciating how many times he’s hanged. Nope, the reality is James Franco has a book of majorly-distributed, tastefully-balanced, intentionally-said, well-plotted, kind-of-quietude, kind-of-tasteful, good-intentioned, strong-closing, gender-appropriate, Jack Gilbert-restrained, but stumblingly-confessional, toolkit workshop poems. Nothing about this person’s life is capable of experiencing censorship. That’s fine. I can giggle through some grab-ass. I’ll stuff down the jelly until I might afford the high tech weaponry necessary to wield it. Oh, did they divert the taints? T’was some minor poet’s critique via deep web language-terrorism? Nope, it was surplus political bullshit for the news. Enjoy your ten billionth suppositionally buzzfed red-state blue-state cocksuck bicker of a click bait talk point, you fucking anti-brummagem, self-dignified, faux-responsible nation fulla rat-minded adults. The more you care the more shit still won’t matter! Anyway, sure it was a coward’s move by rich racists. What isn’t? Shucks, you know the only racism worth a damn comes from poverty. I like Franco when he’s silly. I kinda wanna make him smear his robe. He causes me to feel erotic as football. I am not convinced he’s of a race. That’s how well I regard the sun. When he smiles, every conviction turns a little gray. It’s the kind of smile that says talk to me during business hours. Sometimes you need an electric blanket of a flick right around your hangover, a buffer ‘gainst the elbow grease ‘a trudging forth, a lithe ferret to rub your past dues on. Even I’m down to a 36 waist, ladies. Too bad I got the posture of a burn victim and a face only, well, it’s somewhat influenced by the sharp undercarriage of a fence, inwardly dented and is roundishly corpse-like. People tailgate and honk at me as soon as I leave my driveway or I am fined and arrested if caught going fast enough to not be tailgated. The car is borrowed and about to die. The fucking driveway is borrowed, too. I have a Band-Aid-sized graduate degree and it is about to be 2015. Lately, I was called pussy for refusing to eat part of a large sandwich. Guess why I’m a happy person, though? Because when I call the Franco types cunts it is the rare occasion in which I am absolutely correct.