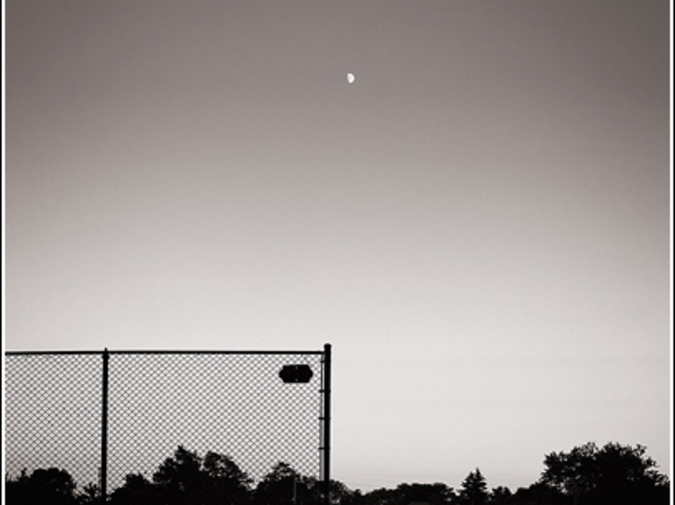 I Telltale
My dad still has the lanky, deceptively thin frame typical of most pitchers, with long, gibbon-like arms – he is 6'2' but wears 37' shirt sleeves, giving him the reach of a man four inches taller. He possesses a host of other telltale qualities inherent to the breed: the quick temper, the mile-wide superstitious streak, the even wider contrarian streak. He also has the jaw-dropping (but often endearing) inability to see his own foibles, to realize how much being a pitcher defined him, still defines him.


II Blood Sacrifice
He paid dearly to play his beloved position. His list of baseball-induced injuries reads more like a witchdoctor's recipe than an athlete's collected maladies: jawbone, collarbone, knucklebones, eyes. He lost eight teeth to one line drive, had his jaw and nose broken by another. He suffered a hairline fracture from an unlucky hop, broke all the fingers on his right hand (and two on his precious left), even cracked a collarbone sliding. He sprained his knuckles beyond count, and suffered numerous concussions, sporting raccoonish double-black eyes from a carom off his forehead.


III Talismans
He didn't always eat the same food in the same order before a game; he did always wear his 'lucky' sanitary socks, the pair from his lone no-hitter, under the usual stirrups. He donned them religiously for years, until they were little more than frayed elastic bands clinging desperately to his shins; of course he never washed them, lest they lose their magic.

Unfortunately these talismans never transferred said magic to his hitting; his batting average routinely hovered in the high double-digits. He had more trips to first after being hit than getting one, and he generated more turbulence with his haymaker swing than RBIs. He would have blasted a tape measure shot had he ever connected, but alas he never did. But he wasn't in there to hit – he was in there to pitch.


IV Veronica
As a teenager he wore his bangs excessively long, cascading down to his nose; his teammates nicknamed him 'Veronica', after Veronica Lake. This hairstyle came to an abrupt and violent end after an astute base runner stole home on him as he leaned down for the rosin. He couldn't see the runner break through his bangs, and by the time he reacted, his panicked heave was ten feet over home plate. His furious teammates gang-tackled him in the shower afterward and ruthlessly cut his hair to the scalp with sheep shears, thus insuring no one ever stole home on him again.


V A Red Mist
During one high school outing, after being subjected to eight innings of incessant heckling – noodle arm, candy arm, Veronica – he suddenly pivoted and fired a screamer into the opposition's cement dugout. It ricocheted off almost everyone inside; the disconcerting thud of ball-on-flesh could be heard well up into the stands. He claims he doesn't remember actually throwing it, that 'a red mist' descended upon him. Suffice it to say he was summarily ejected – though no one ever heckled him after that.


VI Southpaw
He is one of those lefties who make other lefties look bad, the logical extreme of leftie-ness. His teachers used to tie the offending appendage to his desk in a futile effort to force him to write 'properly' with his right. He was the sole left-hander on most of his teams, which meant his managers used him as often as they dared; he was only too happy to throw on a few days rest, to start as much as possible, to pitch as much as possible.

His fastball came swooping in across the plate to righties. When combined with a wickedly tailing slider and a looping changeup curve, he was dominating. He even threw the occasional knuckleball, just because he could.


VII Utah Heat
When he was fifteen or so, he tried to pick up a city garbage can, only to find that some idiot had filled it with gravel hidden under a layer of leaf litter. He wrenched his lower back horribly, presaging a lifetime of herniated disks, traction and sciatica. The only positive result of this mishap was the birth his unconventional but highly effective three-quarter arm position. Coupled with true heat – he really could throw in the low 90s – it made him quite formidable.

His freshman coach was unsure what to make of the gangly walk-on anomaly, a pre-med Irish Catholic Swede – from Utah, of all places. But during warm ups he fired a hummer through the Palestra's wood practice partition. The coach needed no further convincing; soon he was starting varsity.


VIII Loose Cannon
His wildness was legendary. Once his back started to go, his control was, as they used to say, for shit. His first start against Princeton he threw a knuckleball over the backstop; the batter thought it was intentional. He was chased into center field by Harvard's 6'4' 250 pound catcher, after beaning the unlucky hulk – for the fourth consecutive time. His college coaches eventually gave up on improving his pitch location; his mechanics were set, and his worsening back precluded any wholesale changes. He couldn't throw an overhand fastball if he tried.

Ultimately he had big-league speed, but double A control. The high point of his career came in a three-day 'trial tryout' with the Phillies, while he was still a sophomore at Penn. He naively asked the pitching coach if he should lay off a bit when throwing batting practice; the old man chuckled – no no kid, you go right ahead and whip 'em in there – just throw strikes, no junk. As his fastball got repeatedly tattooed off the centerfield wall, he realized this really was a different league, that these guys could hit 90-plus fastballs; hell they could place 90-plus fastballs. The pitching coach broke it to him mercilessly – kid, you're a wild southpaw who'll be gone in a year. And that was that.


IX The Dark One
His favorite stories often revolve around baseball, desperate late-inning drama in 110 degree swelter (in wool uniforms), sweat pouring into his eyes, streaming cold down his back. He would walk the bases full, then simply have to get a KO to save his ass. When I asked him once how he did it, he said he always believed he could throw 'the dark one'. Basically this was a third strike fastball, coming in so fast and hard it was 'dark', as in the hitter couldn't see it. He had heard the expression used occasionally as a kid, but rarely since.

His eyes lit up as he told me this, and I realized this phrase encapsulated his pitching life, with its seat-of-your-pants freefall and recovery, its bittersweet resolutions. I could see the memories alive in his eyes – the full windup, lucky socks glowing with magic, hair no longer a problem, reaching back for just a little more heat, invoking the power of the dark one.

Daniel McArdle is a graphic designer/trailing spouse/kept man living in Hong Kong with his wife and two daughters. He presently finds solace in short story rejections, and on soccer pitches, exhibiting a surprising knack for goal. He also amuses himself by correcting other expats who believe him to be Canadian (he is not).