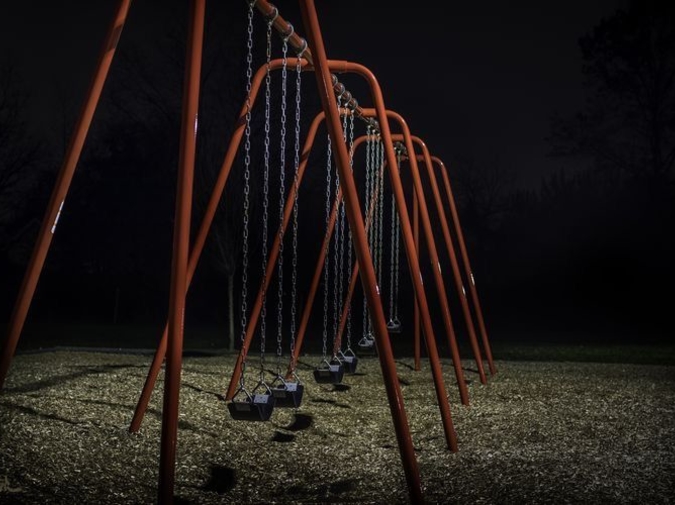 Luke looked like a painting of Jesus wearing a white robe, posed with a golden glow around him. He had shaggy blonde hair and he played drums in a band. They only had a couple of original songs and spent most of their time playing Dinosaur Jr. covers.

I got an after school job at a flower shop, where Luke worked as one of the delivery guys. Our boss asked us if we knew each other since we went to the same high school.

It took a month of working together for Luke to start talking to me. At first it was work related banter. Then he started resting his hand on the small of my back anytime he walked by me. Then he started driving me home.

In school Luke would hand me a folded up piece of loose leaf paper with drawings of the two of us sky diving naked out of a Chinook helicopter. Or he’d talk to me about the videos his band filmed at a strip mall of them skateboarding. He wanted his video to look like Future Primitive, a skate video he watched on repeat.

He eventually quit the flower shop because he got a job working at a recording studio. On his last day of work, he drove me home. When we got to my street I said, “I don’t feel like going home yet.” He drove to an elementary school and parked in the lot near the playground. Luke took Disintegration by The Cure out of his glove box and put it into his tape deck. ‘Plainsong’ was playing when he started kissing me. After a few minutes, he reached underneath the driver’s seat and adjusted it so the seat reclined back. Then he pulled me on top of him. I let him enter me. I leaned back on the car steering wheel and let the horn blast while he finished. The sex didn’t last very long. The second track on Disintegration, ‘Pictures of You,’ was ending when he dropped me off at my house. After I said goodbye to Luke and got out of his car I heard Robert Smith’s pleading lyrics as I walked up the steps into my house.

Next week in school, the handwritten notes stopped. If Luke and I ever talked again, it was usually just a “what’s up?” that I initiated as we passed each other in the hallways.

Lauren Grabowski is a writer with work on The Fanzine, The Nervous Breakdown, Hobart & TAR Zine. She lives in Jersey.