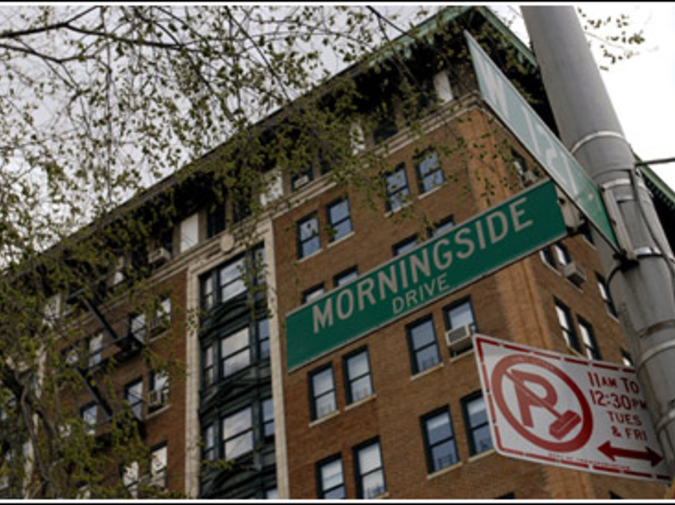 "Rita, I know you've slept with one of your cousins," Mom told me this morning at brunch.

My stomach kicked. I stopped chewing but couldn't swallow.

"Here, drink some juice," she said and handed me her glass.

I looked at her dumbstruck. She set the glass down.

"What are you talking about?" I asked. The air felt like water. I'm drowning, I thought. A nearby waitress smirked. I wondered if she'd heard Mom's declaration.

"I would never say that with your father here, but it's just us girls today."

"Why would you say it at all?"

"Because let's face it, you've had sex with one of your cousins," she reiterated and added syrup to her bourbon French toast. "Do you still want to go to the Matisse exhibit this afternoon? Weekend crowds are filled with dilettantes. Maybe we should go to a matinee instead."

This is how it starts, I thought. They express inappropriate sentiments. Next thing you know, you're visiting them in a state-run group home where patients scribble "I want Jesus cock" in excrement and fellate janitors in stairwells.

"Are you joking?" I asked. "Because sometimes you think you're funny when you're really being obtuse."

"Why would I joke about this?" she asked. "You get touchy if I make a comment about your hair."

"Mom, I haven't slept with any of the cousins," I stated emphatically. "That's a revolting thing to say, for any reason."

"Shoot, I spilled syrup on my blouse." She fished an ice cube from her water glass. "I love washable silk," she said, dabbing ice on the cornflower blue fabric. "Remember, always pat, never rub or you'll make the stain worse." She looked up. "There. Voila!"

"Seriously, Mom, you're freaking me out. Please stop." This is what I get for being the good kid, the one who spends time with them on non-holiday weekends. The one who says, "Let's go to brunch and the Matisse exhibit." Though it was hardly his fault, I now officially hated my brother.

"Listen, your father and I won't be around forever. You're thirty-eight. There are things you should know." She sipped her grapefruit juice. "This is good. It's fresh squeezed."

"For god's sake, Mother, I haven't slept with any blood relatives. They're all attorneys anyway. Give me some credit."

"You know, you and your brother think you're so clever. But there are stories we never told you."

"Like what?" I sighed. I wished for a temporary death, one that would allow me to rest peacefully for a few days, then return. Like Lazarus. In kitten heels and cargo pants.

"My father, bless his soul," she paused dramatically, "was a sea captain."

"Papou?" I asked, using the Greek term for "grandfather". "Really?" That wasn't something he talked about, like, all the time, was it?" I poured more ketchup on my hashbrowns and willed my stomach to settle. "For god's sake, he served squid with every meal."

"Your sarcasm is unbecoming, Rita" she said and took another bite of cinnamon-coated bread. "I loved my father very much."

"I loved him, too, but what are you getting at? He didn't sleep with his cousins, did he?"

"No, he didn't," she said and placed her fork down. "And that's repugnant."

"Fine. But you can say I've slept with cousins and the world is bursting with candy and sunflowers."

She glared at me.

"Your grandfather was a remarkable man in many respects. He spoke four languages, he survived a fall from the mast--"

"--just send me his freaking resume and be done with it--"

"--and he walked five miles a day until the end of his life," she said, raising her voice over mine. Then she stopped. She looked down and folded and unfolded her hands. Her eyes softened. In spite of myself, I felt sorry for her.

"Well, he had a girl in every port, shall we say."

I put my hand on her shoulder. "It's okay. I always sort of figured he did, being a military man and that generation and everything."

"Let's just say he considered Manhattan a 'port', too. He wasn't terribly discreet."

"Ah, jeez. That had to be rough for you guys when you were growing up."

"It was. And, of course, like men of that generation, he apparently didn't believe in condoms." She reached for her water glass and drained it.

"Thank you, Mom, for imparting that visual. I'll never close my eyes again," I said.

"I'm trying to tell you something, Rita." She paused. "My father had at least one illegitimate child that we know of."

"Come on, how can you be sure? In those days, didn't everyone try and hide it if a kid was born out of wedlock?"

"When I was a sophomore in high school, a boy transferred to my school. And he looked exactly like my brother. I mean, exactly."

The air became water again. Dread inched up my spine.

"We became friends and over time, we figured out that his mom used to live near my parents' house. He grew up thinking his dad was dead."

"Through the years, we fell out of touch. It was too strange for both of us, I think. But yesterday when I was hailing a cab on Fifth, we ran into each other in front of Rockefeller Center."

I drew a shallow breath. "And?"

"He's an executive with NBC."

"And he has a son named Randy who's your age."

We sat quietly for a second. I looked around. The brunch crowd had thinned and we were mostly alone. The weight of her revelation pinned me to my chair. Finally, I spoke. "Randy and I broke up two years ago. You ran into his father yesterday. Why tell me at all? Why did you think I'd want to know this?" I demanded, my voice growing louder.

"Rita, calm down. No one said you did this on purpose. And it's not like you had kids with him."

"Yes, because that would have been disgusting. But why? Why tell me? Do you know what this makes me? I'm not an incest victim, I'm a willing participant." I stood up. "I think I'm going to vomit."

"Sit down. You've always been such a drama queen."

"I told you, Rita, because you, my darling daughter, have a bad habit of sleeping with your exes."

"Oh." I stood still. Undeniably, she had a point.

It's close to midnight. I'm lying in bed with the covers pulled over my head and my jaw clenched tight. I can't sleep but don't fear it, because how could a dream be worse? I'm cured of my recidivism. I'll never sleep with an ex again.

At least I didn't sleep with my dad.