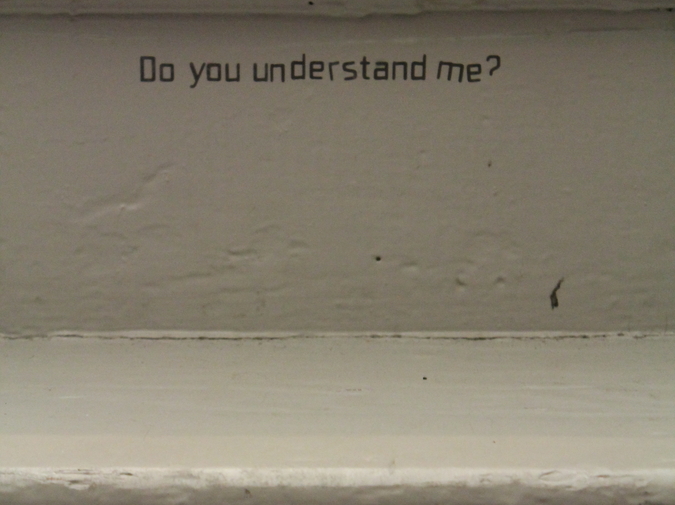 An excited murmur came to life when the audience was informed of the PhD in Biogenetics, the B.S. in Mechanical Engineering, and then the sweet icing: the minor in English. The minor in English! All of the numbered cards were raised at once. The auctioneer paused and raised his hand, like a teacher calling for quiet.

All of the numbered cards remained raised. What a relief, Henry almost said aloud from his seat on stage. Dad had been right. The old man had been right all along.

“We will progress again. Do I hear five hundred thousand?”

Henry felt sorry for the bespectacled man in the front row. He was the only bidder to lower his card. The little man’s enthusiasm for the combination of science and humanities was obvious and refreshing, but a half million globals was now publicly out of the little man’s reach, or that of the corporation which he represented, and so the man adjusted his eyeglasses with both hands, as if that adjustment had caused him to lower his card. Red-faced from embarrassment, the little man packed his notes and his tablet into his purple leather briefcase, made brief eye contact with Henry, and moved toward the side exit. Everybody knew that bidders were not permitted to remain on site after withdrawal from the process, but still Henry felt sorry for the man. Humiliation among one’s peers lays bare one’s limitations in ways which matter.

When the bespectacled man had completed his exit, whispers were allowed by the auctioneer for a few seconds, after which he said into the microphone, “If you don’t have the cash, you’d best be ready to dash!” The laughter throughout the room lightened the mood, as all were relieved not to be the one with the least, and the bidding resumed with a relaxed confidence in the air.

“For the liquid remaining among us,” the auctioneer paused to allow the resumed tittering to subside, “perhaps I should create some separation. Do I hear one million globals?”

Henry admired the auctioneer’s command of the value of time. Two thirds of the attendees lowered their numbered cards and packed them into their folders and briefcases. Unlike the bespectacled gentleman, who had no business being at the auction if his corporation couldn’t afford eye surgery for its most senior executives, these erstwhile bidders did not look at Henry or anything else as they made their way to the exits. They were not red-faced, for they were not without company. There is no humiliation outside of the loneliness of least. That was, after all, why Henry was here.

Within minutes there were two bidders remaining. One, a white-haired woman of about sixty, clearly owned a majority interest in her corporation. Such was self-evident. The other was a black-haired man in his early thirties, about Henry’s age. Henry was impressed that this man had attained bidder status at a human resources auction while still so young. He had obviously gotten started early, had known what he wanted from life, indeed had recognized what life offers to those who can resist pursuing their passions and can avoid other-regarding behavior in both their formative and their ladder-climbing years. Yes, Dad had been right. He had been right all along.

This man had obviously listened to his father rather than his mother. Not just when he was twenty-three, as Henry was when he finally began listening to his father’s admonishments about the foolishness behind outmoded fantasies like fairness or justice or integrity. No. This man before him, holding firm the card that said 19 on it, had most likely started listening to his father when he was five or six. Young enough to believe his elders, yet old enough to understand that the reason that you believe is that you get something for it. This lesson, when it sticks, lasts a lifetime. Many was the time that Henry had lamented refusing the candy that was offered as reward for cheating on the first addition-and-subtraction test in Second Grade. For this his father had spanked him, albeit only with a folded newspaper. A year later, when Henry failed his science test by ignoring the test answers left on the dry-erase board by the teacher when she left the room for a coffee break, his father had locked him in his room for the entire ensuing weekend. Still Henry had continued to disappoint. But he had wanted to understand, he had said to his father. No, no, no, his father had repeated. This is not about understanding. This is about results.

He wished that his father were still alive to see this. Seven figures for his first son. Seven figures! His father would have been more proud to have the black-haired man be his son, certainly, yes, but still, but still…Henry was amounting to something here. Seven figures. Marian and the children would be provided for. Henry was a Provider now.

Looking at the fifty or sixty years forthcoming as a Provider prior to the month of retirement, a month which the closing documents would guarantee, Henry felt certain that Dad would be proud of him this day. Marian would be able to have the mortgage on AutoPay, perhaps even pay it off before Henry died, although that would of course be a close one. The kids would be able to bypass the waste represented by educational depth, and instead enter a management program at eighteen, as surely the black-haired man in front of him had done. To be on the side of the Bidders, not the Providers -- here was wisdom, and Marian would have time now, time to teach the kids everything that had not come naturally to Henry, time to—

In his reverie, Henry had missed the awarding of the winning bid to the black-haired man. The white-haired woman was arguing loudly with the auctioneer, something about a quick clock, but the auctioneer waved for security to come and remove her, which two large men in yellow shirts accomplished gently. Very gently, as they were Providers and she was not.

The black-haired man put his card on his seat and closed his orange briefcase. He approached the stage. Henry rose to shake his hand, to congratulate him and his corporation. After all, they had landed a Ph.D in Biogenetics, a B.S. in General Engineering, and a minor in English.

The seven figures would work out to about twenty-five thousand globals per year by the time Henry turned eighty-five. If he lasted to ninety, qualifying him for the month’s retirement as long as the retirement included the week of the Fourth of July, the black-haired man’s investment would indeed be quite impressive. Quite savvy indeed.

The two men shook hands, as men do. They left together to attend the closing in the lawyer’s office down the hall. As the black-haired man filled him in, not without enthusiasm, about the dormitory in India and its various amenities, Henry beamed.

Marian would respect him now. He had to imagine that she would. He was providing. For the mortgage (fifty years of it anyway), the TV bills, the texting bills, and probably even the water bills, but water was an extravagance that she needed to get under control. Those blasted water cards. The interest was exorbitant.

As he entered the closing room, Henry began to wonder whether Marian might possibly want a picture of this moment. For the kids. Something to remember their father for. For providing. Providing and amounting to something. He asked the black-haired man about a photograph. Perhaps a pose with the new boss?

“If you get off to a good start, Dr. Hollister. Four weeks, perhaps.”

“Just a picture, sir. Mightn’t we just have one taken now?”

The man with the black hair looked at Henry. There was displeasure in his eyes. Disappointment even.

“Your wife’s mortgage payments will be autopaid for the next fifty years, Dr. Hollister,” the black-haired man said.

“Assuming that you reach your productivity goals in each of those six hundred months.”

“Naturally. May I ask whether I may see my children again?”

“Of course. Four weeks after you ask for a photograph.”

“Four weeks to see them?”

“Fair is not a word which we use at Tinhill Corporation. It is not, after all, mission-appropriate.”

“The bottom line, Dr. Hollister. That is mission. That is faith. That is purpose. That is commitment. That is logic.”

“You just lost the fourth week of your retirement. Keep it up, why don’t you.”

The lawyer, who had busily ignored the conversation between Bidder and Provider, pushed a stack of papers across the table and said “Initial the highlighted areas.” Henry reached for the signing pen, sad about the fourth week of his retirement, and put his initials on the first yellow swish.

T.D. Johnston is the editor of Short Story America. His stories have appeared or are forthcoming in PineStraw Magazine, O. Henry, Civil War Camp Chest and Short Story America, where he contributes four stories per year. Short Story America has published over a hundred new stories by over ninety authors since inception in 2010. His first collection of stories, titled Friday Afternoon and Other Stories, is due out in late 2012. That collection will include "The Closing" among its dozen tales. He can be reached at tdjohnston@hotmail.com, or at tim@shortstoryamerica.com.