The City of Subdued Excitement Endures Mercury in Retrograde 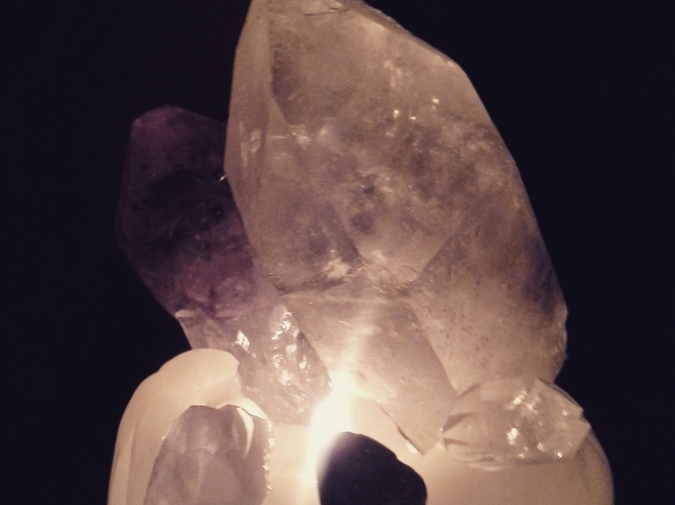 Elegy for my Undead Brother

Imagine our parents as lovers, no, siblings, or—

I am reading billboards again: see a face
that is not your face but is your face. Brother
I mean, lover, I mean isn’t this all a dream:

all saints have a past. All sinners have
a future. The letters entwine, seductive,
around the cross. Is this an airport-

church or a high-end strip club? I’ve
been immersed in the lineage
of water bears again. Scientists have

been attempting to take a seam-
ripper to your DNA. I tell them it is 21
years too late. I failed too (in

that, the DNA separated and you are
no different! How is that feasible? I mean,
it’s like the children who are born predestined

to eat everything but protein— a preventative
measure sure, but once you start the brain
deteriorates. I’m a natural red-head.

Hair color set at conception. I worry only
that I am ascribing all the wrong opposites
to your mosaic language. Speaking of

agency, at conception my brother’s
cells decided that they were not finch cells.
Not that there were any finch cells to sway

the conversation. We were never true
finches— I was 14 lines in before
I lost my place. It isn’t your brain I had

meant to say. Or in your brain— or
of your brain? (Or, it is— the nodules
of your being which is to say

you can’t fix what has decided it was not
broken. Anyway… My brother is a blessing. I
must apologize for not being

the neurotypical one. We’re quite the pair, you
and I— our folks hit a gold
mind. Mine. Whatever. It’s what people used

where. You understand what I am
saying. The most dangerous
place for a _____ is in the womb. Don’t

say what. “Whuh”— a low owl-sound. I do
understand, but never entirely. I tease. This
time I haven’t been digging a grave.

I’ve just been waiting atop this cliff for quite some time.

My dog is dying / everyday

I will see her less
+ less

If I had known I wouldn’t / have
slept
with you

Haha / why
aren’t you
laughing

it happened If you pour / milk
into your tea
divination

dead Before you there were men / who
called my dog
golden—

out in the rain because / I
was tired
of your nearness

your forgiveness / or
that book back Just
know that

The City of Subdued Excitement Endures Mercury in Retrograde

Steadily we become unholy. You have lost your status as omen, as reckoning, as superstition. Years from now, a misplaced nightmare. In a basement, magic uncurls from your fingers never to return, a poor roll on your part. Something about the natural is something about the divine: I unimagine the fissures in the palm of our hands—lost in the rugged folds of mountains bearded in pine. Your hand had never fully formed, a shadow made of lint & oil. Decades pass, divination is still predicated on how long a candle lasts, how long tea sits in a cup. Coffee? I never touch the stuff. I steal your tiger from the passenger seat of your car. An alchemist discovers regret attempting to concoct a panacea from foxglove & diet coke. It is always the poison you are drawn to, suckling nectar from rhododendrons, drinking water from the sea. All my hauntings are of my own creation— and you, you are a mirage, heat on the horizon. I return the tiger, nothing more. The night you hit me, I see what is smaller than a quark: I no longer want you.

Kat Finch is from the pacific northwest, where she grew up exploring the forests, mountains, and shoreline. She works as a letterpress printer at Wolverine Press in Ann Arbor, where she illustrates and sets broadsides and chapbooks. Her first chapbook, Birds with Teeth, was published by alice blue press. More of her work may be found in The Literary Review, The Journal, Whiskey Island, and Black Warrior Review, among others.