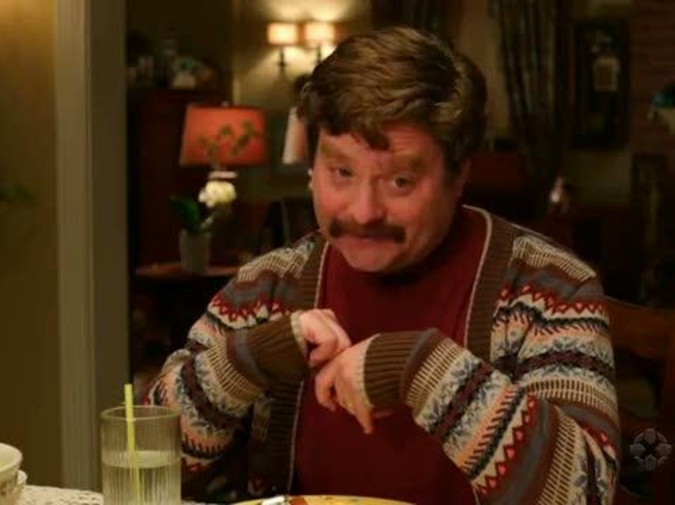 This was the movie that I had been most excited for this summer. I’m most likely Zach Galifianakis’ biggest fan, and I’m not that far off from being Will Ferrell’s either. But, as many hilarious moments as this movie had, I was slightly disappointed. I would still definitely say it’s a must see for the summer, but some of the backstory to the movie is pretty boring.  The premise is Cam Brady (Will Ferrell) is running to be re-elected as congressman in Mississippi. Until naïve, simple Marty Huggins (Zach Galifianakis) is used by his father’s  CEO acquaintances who want to open up two cheap labor factories similar to those in China in Huggins’ hometown, Brady is unopposed. Marty Huggins is the son of a former politician, and thrown up against Cam Brady after Brady suffered a huge public scandal. The rest of the movie that didn’t have to do with the guys opening the factories was awesome. I loved it, and I loved every bit of the Huggins family, including Muffins and Poundcake: Marty’s two pugs. Zach Galifianakis is able to easily walk the line of hilarity and adorableness, and does so perfectly in this movie. Although not quite as lovable whilst punching babies and dogs in the face, Will Ferrell is just as hilarious playing Brady.

The Campaign made me smile. Although I had hoped for it to be a little bit better, maybe my high expectations were just a little too high. Overall, though, I did really love it. Zach and Will can always make me laugh, and I’ll be a die-hard fan of the two of them forever. ;p