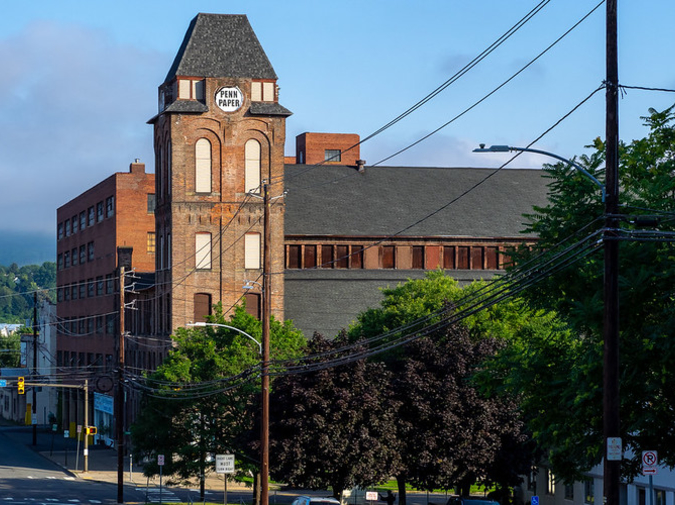 Boss calls me in for a one-on-one. It’s about Dennis. Boss sits in a Herman Miller Prestige. A gorgeous piece of equipment. I sit in a tiny plastic chair that is pink and meant for toddlers. I could tell you everything there is to know about the Herman Miller Prestige. I fall asleep most every single night reading the website. It was designed by sixty PhDs. It cost well over a million dollars to develop. Its reticulated four-layer mesh shimmers like wet leaves. Its ballast sighs like the sea. It is a perfect chair.

Here’s the issue. Dennis is missing. He can’t be found. His work station is a whole lot of nothing. A whole lot of not Dennis. The employees don’t look up as I scan their bent heads for Dennis’s bent head. The corral is a big open-concept room. The computers are grumpy, snoozy trolls. The communal tables are mis-assembled. They rock and tilt. The Wifi signal is a joke that no one tells. I get everyone’s attention by gathering a huge silence. “Fuck you,” I say, friendlily. No one answers. Dennis is one of them, so one of them must know where he is. If conversation won’t work, I’ll try my cart.

My cart. My cart is a black cart with many shelves. On it is one pencil, one pad, and four hundred instruments of torture. Morning stars, cat-o-nine tails, and big swords. Shuriken, daggers, and impalers. The Iron Boot, the Iron Maiden, and the Iron Glove. The Sunset Cruise, The Dinner for Two, and The Polar Express. The Pliers of No Delight. The Pliers of Even Less Delight. Scalpers, skinners, and scythes. Garrotes, stones, and bad prose. Weapons that gleam like water in moonlight. Weapons that look like big smiles. Weapons that look like arthropods from hell.

I’m feeling spines today. When I started this job, I used to comment on employees’ posture or force their backs upright. But now I must make them understand that spines are a privilege, that those who harbor information of Dennis’ whereabouts don’t deserve them.

In the company gym, I thrash nautical ropes and howl at my reflection in the wall-length mirror. People will call this late-stage capitalism, but I don't know if that's the right word for it anymore. The coffee tastes of doom.

When I started this job, my antagonism was small potatoes. I microwaved fish for lunch, clipped my nails at my desk, and made offensive jokes. I was the common enemy at which employees directed their frustrations. A smoke screen for management. But desperate times call for desperate measures. For example, the economy. For example, Dennis is missing.

Thursday: nothing—to set them on edge.

This week is different. This week I am looking for Dennis.

I burst into the corral. I am helicoptering nunchucks. No one looks up. A silence gathers. The nunchucks sound like a tornado drifting among corn stalks. “Fuck you,” I say, carefully. Heather writes something on a sticky note, presses it to her forehead, and crawls across the corral to my feet. It takes some time. She has neither toes nor spine. I pull the sticky note from her forehead. It’s hardly a note. It’s two words. Fuck you.

“Fuck you,” I command. Naples pushes the mouse around until he builds up a sweat. Pushing the mouse around has made him strong. His muscles are legible through his button-up. He types a paragraph on each of his six keyboards. He uses a ladder to double-click. He’s at it all day, but by closing time there’s still no Dennis. There’s just me and Naples and an IKEA Markus trouncing my spine.

Heather comes forward with information. She crawls across the corral, dragging a map of the building. The building has a thousand floors. The map is longer than a wedding veil. “Fuck you,” she says, breathlessly. “Fuck you?” I ask. I don’t understand. Dennis could be on any of these floors. It would take years to search for him. She points to a floor. I point to the floor she’s pointing at. “Fuck you?” I ask. “Fuck you!” She says, excitedly. She has no laugh lines around her eyes because she has never laughed. This is the first time she has ever laughed. When she laughs it sounds like “Fuck you.”

I prowl the building, floor to floor, inexhaustibly, for years. For Dennis. There are productive floors and unproductive floors. There are floors where everything is gone, even the air. There are floors where all the chairs lie on their backs like daydreamers. There are floors where the lobby paintings are slashed open like pies. There are floors of macabre carpenters, of dangerous news, of graceful interns lapping rain water from a boot. I lose track of time. I end up in HR, famished and thirsty. I don’t remember when last I ate or drank. I crawl atop the reception desk and cling to it like a life raft. “Fuck you,” I croak, I beg. “Fuck you,” says the receptionist with motherly alarm. A hand strays towards her necklace. “Fuck you,” I say, desperately. “Fuck you,” she says, assuringly. She procures a Powerade and cracks the seal. She dips her fingers into it and dribbles the liquid onto my lips. Her kindness breaks my heart. She has coiffed hair like a grandma, a big collar like a grandma, a friendly, vacant smile like a grandma. She lets me sleep in her chair. When I wake, I realize that her chair isn’t just any chair. It’s a Herman Miller Prestige, just like Boss’s. No way she could swing a chair like that. No fucking way in hell. Did Boss give her this chair, I want to know. Is she fucking Boss, I want to know. I point to the chair. “Fuck you,” I say, pleasantly. My voice is hoarse. My head throbs. My stomach twists. “Fuck you,” she says, cluelessly. “Fuck you,” I say, friendlily. “Fuck you,” she says, cluelessly. She is a cragged hag. I point at something over her shoulder. She turns around. I steal her chair.

Back in my office, I experience the chair. Its mothering embrace. The natural semi-aniline leather. The chrome chassis. The reticulated four-layer mesh. It mothers me. It fathers me. It brothers and sisters and cousins and aunts and uncles me. Oh, how it uncles me. It uncles me to sleep. I dream of flattening forests. My chainsaw roars like the sea. It uncles me to death. I die without noticing. I’m reborn with noticing. Lots of it. It is exquisite and painful. I am reborn a kinder person with a love for ruminative moments. I forget everything of my old life, its worries and fascinations. Everything except for Boss. His portrait track-lit in the carpeted hallways of my heart with a big knife in it.

“Fuck you?” Boss says when I open his door. Years have passed. The company is the same but different. None of my old-coworkers are still here. Dennis died or quit. I have no idea. Boss is wearing the same shirt, the same tie. “Fuck you,” I say, tentatively. “Fuck you?” He asks. He has forgotten about Dennis. He has forgotten about me. How long was I gone? “Fuck you?” I ask. He looks at me without recognition. He looks through me. He types on a keyboard without keys, on a computer without power. I suddenly realize that he is old. His eyes are milky. Probably blind. I lean in and sniff. He smells like peppermint. “Fuck you,” I say, and lift him from his chair. He is tiny. The size of a baby. I sit in his Herman Miller Prestige and rock him. “Fuck you,” he says wistfully, lamentably, like you might to an old friend.

Gardner Mounce attended Clarion West in 2019 and graduated from the MFA program at the University of Florida in 2020. He lives in Memphis, TN, where he works as a copywriter. He and his wife co-host the podcast Best Song For Blank.