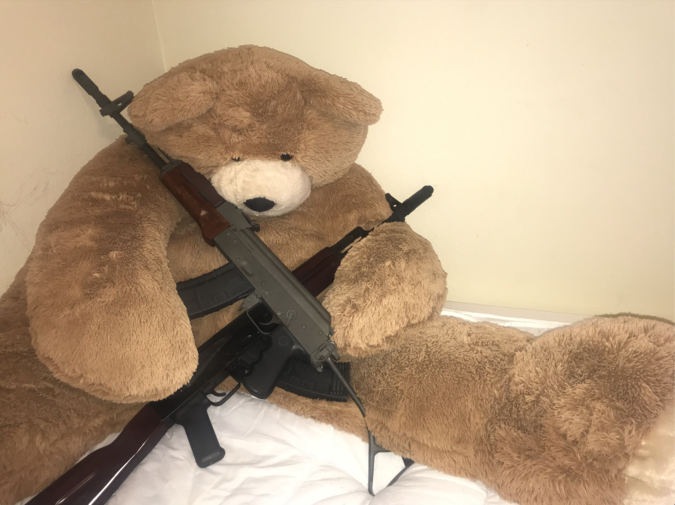 I checked my mail this morning and found a magazine.

That was how I knew.

I slid the magazine out of the mailbox, feeling for an unnatural weight or a foreign substance coating its pages. The back cover displayed neither my address nor my name. Breath cemented in my chest, I turned the magazine over and examined its front cover.

“RICHMOND STATE MAGAZINE,” it blared, in a slick, black font. The text sat atop a photo of a large group of students, masked, demonstrating in the campus free speech zone. The sky was unnaturally blue, with silky wisps frothing at the edges of the frame.

“WHAT’S RIGHT: STUDENT ACTIVISM AT RSU, THEN AND NOW”

“REBUILDING FOR SUCCESS: HOW CAMPUS CENTER IS GRAPPLING WITH A PANDEMIC”

“PIVOTING TO ONLINE: PROFESSORS ON ADAPTING CURRICULUMS (AND STRUGGLING WITH ZOOM)”

Earlier this week I watched the same car drive through my neighborhood at least three times. At first I thought the passengers were lost, but then I looked at their plates. Out-of-state. Permanent. I watched the street from my kitchen window for hours and kept seeing them pass by, slowing down near my building.

I told myself it was paranoia. I almost believed it.

I stood at the mailbox, reflecting on the past two years. The second I graduated I began executing my escape plan. When the ceremony ended, I sped home as fast as I could, blasting through stop signs and reciting each step out loud. Go to bedroom. Throw pills, deodorant and roll of bills in duffel bag. Stuff dog in carrier. Drive to airport. Remove and dispose of license plates. Board plane. Never look back.

It went down just like that. I felt like a fugitive throwing my plates in the garbage. It was almost exciting, but the feeling of eyes on my back kept me from enjoying any of it. As I sat waiting for takeoff next to a dozing woman and her husband in coach, my dog crammed under the seat in front of me, my phone buzzed. A new email:

“RSU CONGRATULATES THE CLASS OF 20XX.”

I archived the message and put my phone on airplane mode. I counted backwards from one hundred and concentrated on my breathing.

“Hey buddy, are you alright?”

I was gripping the shared armrest. I hadn’t realized. The husband looked at me with a smile disguising mild alarm.

The seatbelt light flashed and the pilot announced our takeoff. I took one last look around the plane and saw no familiar faces. I turned back to my seatmate and grinned.

I landed in a town you haven’t heard of, somewhere across the country. I checked into a youth hostel, a shared room with a rotating cast of seven other people. I hunted for a new place and washed the same three outfits over and over again in the bathroom sink with a bar of soap.

In between searching for apartments I lined up a job with a construction company that paid me weekly under the table. I saved. My wad of cash grew. I worked outside. I thought about the kind of place I’d be moving into. I thought about furniture I was going to buy, hobbies I would discover. For a few weeks, my dread lessened. I began to get comfortable. I began to wonder if they would ever find me.

Right when, ever so slightly, I found myself relaxing, they started calling. The calls came at odd hours; early in the morning sometimes, but more often at nine or ten p.m. At first I passed the calls as soon as the familiar area code flashed my phone to life, but when they started coming from restricted numbers I found myself tentatively answering.

“Good evening! This is Sarah with the RSU Alumni Association. We’d like to hear a little bit about what you’ve been up to since graduation!”

This was how it started. As a child, I watched them do this to my father. Every year, I watched him answer the phone only to see all the blood drain from his face. He answered questions I couldn’t hear like there was a gun to his head. Toward the end of the call he would protest, pleading with them. He told them money was tight right now. It wasn’t really within our means.

But the back-and-forth ended with him whispering his credit card number into the receiver. When he hung up the phone he sunk into the chair and my mother cradled his head in her arms and made me go upstairs to my room.

Once, my phone started ringing at four in the morning. I threw it across the room, its screen splintering. The sound roused everyone, and lights came on. They shouted, asking what was going on, but I ignored them. I crawled on my hands and knees toward my phone’s battered housing, a faint voice emanating from the earpiece as I drew closer.

“Hello? Mr. Jackson? Is everything alright?”

I hovered my head over the speaker.

I prayed she would hang up.

“We know where you’re staying.”

Hours later I was on a bus, headed for another town a few states over. I checked into a motel under a different name. I scoured Craigslist for openings and eventually found a one-room apartment with a communal bathroom on the outskirts of town. With no car, I walked to my appointment with the landlord.

“Who’d you rent from last?” he asked, sucking on a thick wad of dip.

“I lived in student housing.”

“Do you have a copy of the lease?”

We talked. He said he didn’t really like dogs. I produced three months’ worth of rent from my back pocket, two-thirds of the money I saved. He counted it, then shoved it down the front of his pants. He spat a dark wad on the sidewalk, then beckoned to me.

“Alright, let me show you around.”

I forwarded none of my mail. No one knew my address. I bought fifty pound bags of rice and pallets of canned red beans and prayed no one would reach out.

I pawned my laptop and used the rest of my cash to buy a barebones AR-15 and a prepaid cell phone with no internet. From then on I only made calls, never taking any. Still, they somehow left voicemails almost every night.

“Hi Mr. Jackson, this is Tom with the Alumni Association. We’ve been hoping to get in touch with you about how things have been since graduation. We just want to see how the Bengal community is adjusting to their new lives!”

“Hi Mr. Jackson, this is Adrian with the Alumni Association. We understand you’re busy with everything going on, but if you could give us a few minutes of your time we would really appreciate it!”

“We know your fucking address.”

My father’s mental health deteriorated when I reached adolescence. We moved around frequently and began living frugally. I ate boxed mac and cheese five nights a week and stopped asking what my parents were saving so much money for.

One night, when I was thirteen, a smoke grenade went through our living room picture window, bursting apart and sealing my throat with its acrid discharge. I lay choking on the floor as two men in tactical gear bearing rifles with laser sights stepped through the frame and dragged my father to their feet by what was left of his hair.

They asked him if he was going to pay up. They kicked him in the chest. He nodded weakly and they dragged him out of the room before I passed out.

Now, standing before my mailbox, I pored over every detail of the magazine’s cover. I focused again on the demonstrators’ signs. Most were at least partially obscured, as if the photographer had instructed them to be lowered. Some, though, stood out amid the noise.

“WE’RE COMING FOR YOU”

“YOUR TIME IS UP”

I looked around the block. At first I saw nothing, but then, in the distance, I heard the crunch of tires against pavement. A black sedan broke through the horizon to my right.

I bolted back up the stairs and slammed the lock into place. I wiped my brow with my wet forearm and made my way to the bedroom. I lifted my mattress and grabbed my gun, tucking it under one arm. I locked the dog in the bathroom. I made my way to the living room.

I knew they were on the way.  There would be many of them, more than I could handle alone. They would be armed. They would split my door open with a battering ram and pour in, filling my apartment with smoke and killing my dog. They would kick my ribs in and leave me bleeding and penniless.

And while they would get what they wanted from other alumni eventually, they would not get it from me. Not while I’m alive. I will never be interested in making a donation to the Alumni Association.