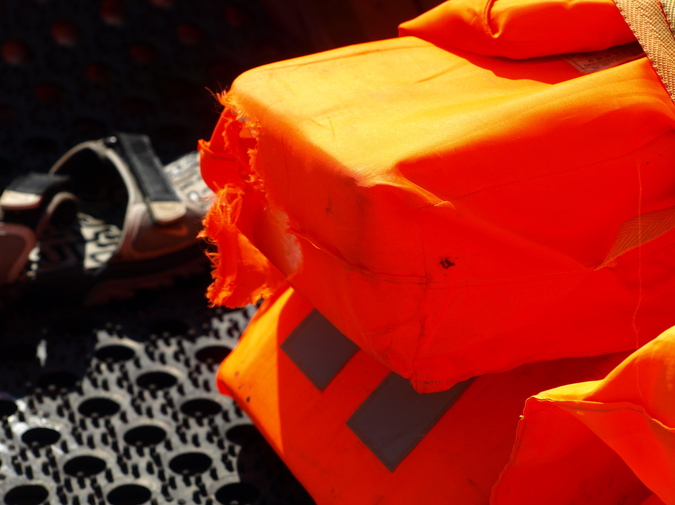 A roar is frozen in formaldehyde. Please don’t touch the pelt, says the woman, it’s delicate and requires specialized handling.

She wears gloves as she filters through trays and trays tucked into handsome wooden cabinetry, custom built. She is assisting a lepidopterist who has been newly struck by tiny house flies. Pinned and framed, these everyday annoyances are beautiful here. They are art. See how the light casts over the wings, she says. Look at their metallic polish, their papery glaze. One second in flight; the next, netted. She pulls out a magnifying glass for the lepidopterist.

The pins are so fine they are barely visible as the filtered sun refracts into the high morning. Fine and nearly flat, like acupuncture needles speared into scapulas. The insects look somewhere between life and death, between species and specimen, propped above the paper to float between glass and surface.

The lepidopterist has moved on, asking questions about constructing musculature.

It is an easy shop to find: a horsey, solvent funk surrounds the building. It is not unpleasant. By now the smell has sunk into the woman’s wig, into her chic long sleeves. She bends often to handle the tarantulas and scorpions, her best-sellers, and her perfectly shiny hair doesn’t shift an inch.

She, too, is untouched by time and unmoved by gravity. She is either preserved by the haze of chemicals or by a different sort of pins and needles. Like her works of laboratory art, she seems held up by an erstwhile skeleton and cotton-wool innards. Boxes of plaster crowd the walls, and she makes a mental note to move them.

She feels alone in this profession. Not many have the training now, and most who do are the men that boxed her out. They are abroad or in different cities, in sadder, dustier shops and studios than the one she has kept pristine.

It’s easier now to meet men, which her younger self had expected to be pleased about. They certainly find it easier to meet her, now that her shop has a website and the name turns up on collector’s forums. The renewed interest in her business means she can travel to sharpen her skills, and maybe pass them on. She can fix her hunting equipment, and stock up on supplies. But she is pressed for time.

The lepidopterist, with two swallowtails, one nymphalidae and a Musca domestica in his clenched fist, leaves the door slightly ajar on his way out. The corner of the welcome mat is upturned.

The woman writes an advertisement.

And at the bottom:

She rolls sticky-tape into flattened balls, one for each corner, and presses the sign into the east-facing window, away from the main entrance. At the computer on the counter, she logs into her favorite forums and posts there as well. Walk in the Woods, Guns in the Sahara, Big Game Hunters United, Taxidermy Collectors International.

Within minutes, she has replies from the US, Germany, Peru, Australia. Businessmen in Korea, small-time hunters shooting up their backyards in Kentucky. She hastily fixes the location, setting a 50-kilometer radius around her shop. Some of her boys from Kentucky are persistent, and keep sending pleading messages.

Some hours pass, and nobody has impressed her. They’re too gun-shy or just the opposite, the types that would leave a corpse closer to a carcass. They’re sending her unsolicited pictures of splayed reptiles or mammal genitalia, both of which concern her. They are too eager to show their virility with gore. There is little artistry. In just a few hours, she’s received more than 800 expressions of interest. She deletes the post from the forums and removes the sign from the window, where a crisp rectangle of light remains.

As the sun dims that rectangle is the easiest way to see the stars. She stares out that window for too long as a cup of tea cools in her hands. She turns the light off as she locks up, and promptly trips on the still-upturned welcome mat. Her tea flings in an arc onto glass casing, thank goodness, because behind it is a nearly priceless blue macaw (the actual price is $35,000). Her face falls into the mouth of the roaring lion, the lower left canine puncturing her right cheek clean through and lodging into her palate. Her jawbone is crushed.

A passerby smashes in the glass of a window and calls 911. Local reporters swarm and start taking pictures, and she can’t tell them not to because she is stuck in the head of a lion. They touch things. Pedestrians stop in and touch things. She can’t stop any of them. Their fudgy hands haunt her for weeks.

When the police arrive everybody finally disappears. She leaves the busted-up shop with the local constabulary, who have assured her that somebody will be on the premises at all times until the window is patched up. At the hospital, she waits, a wait that seems either very short or very long: the drugs she has been given in the ambulance are working. And in surgery, fingers threading through her scabbing wound, she sees what she’s been looking for: nimble hands, a strong stomach, and pride in a job well done. The hands belong to a young resident called Dr. Edie Aquino.

“Doctor,” she says, recovering in half-mouthed agony. “I have a proposition I hope you’ll consider.”

Tabitha Laffernis is from Sydney, Australia, and now lives in Brooklyn. She works at a library.