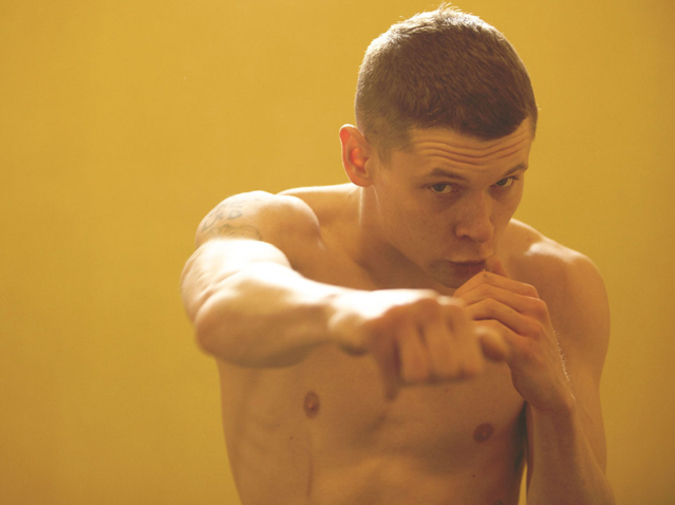 I think Hemingway killed the subordinate clause because it looked at him slantward from the shelled nobility of an era that deserved Victorianism. No clause would suffice. No moral hygiene felt worth his foreskin. Why’s anything jellified into modernity slur the academic? Our rancorous twentieth century unsaliently awarded the twerp Alfred Kazin. He warrants a resurrection in our heady millennium rife with twerps. In his introduction to Saul Bellow’s sexy Seize the Day, before Ms. Ozick far outclassed him with her replacement introduction when someone behind the scenes figured the man had capsized his wig, Kazin trots out the woebegone excuse to snooze “weird for weird sake” years before the pedants took up twitter. He’s taking aim at who? The man’s a gold medal cunt and the only circumstance that qualifies a decent beef about lit is if the trauma don’t show, as Stanley Elkin, someone spotlessly performing both methods, intimated. The bitch about language and stupidity needs its Grease song. The award winners had their Doctor Samuel Johnson Wendy’s manager sentiment all over that shit by at least 1956. Tis okay, sometimes I feel conservatively quilted against paragraphs straining to concuss my bladder. I can be a groggy little turnip, too, you guys. No one thinks they’re a hundred thousand dollars near Mr. Kazin. Glance anywhere for proof of god's monogamy in hating us, Alfie. It’s all about trauma, motherfucker, said giddily or broad, and this movie will shank the twerps till their eyes roll even skinnier. The intrinsic male infection tributarily surging for assault before sentence one was never portrayed to a caliber this umpteenth. A marathon confiscation of humanity’s biological dependence on violence, Alan Clarke lives again. These films aren’t trying to put a hat on anyone’s tribe, just demonstrating the semiotic twitch of how problematically our bodies cope with sharing space. Jack O’ Connel is almost Tim Roth Made in Britain psyched to be severe. Bottomless Elephant (1989) bloodbath with a pinch of psychological undertone at why life’s brookless and incidental. Being alive is an orbicular sentence of dismally interrupted solitary confinements. They fouled my transfer when I was born. If you don’t feel diminutive and jailed, I won’t swoon. Fact is, jail has proven to be our fundamental sociological event. Am I really shrieking too weighty of a critique? Scarcely an observation! Existence is on par with my every medical symptom. I am talking to the wall if I ever talked. Kazin’s fine. That shit’s enchanting until it’s quite suddenly not. Then the hose is on us. Each minor episode of infighting distracts us from our enemy, the screws. Screws being that Fifty Shades of Grey is a franchise with its own lubricant. We can all bench press the alphabet, jazzercise our syllables, perch full of hate rather than artistic naïveté, by comparison, upon our stripped battery of an earth. Fuck it. All you Trilling dinosaurs are smart as your glasses. Keep teasing out the themes. It’s getting impossible to pretend your balls ain’t in the microwave.

PS – In 2003, Carandiru went at Oz’s title for depravity with the ole “looks like Disneyland” taunt and only succeeded with its cramped geography of Brazilian quarters. Oz remains unsurpassed, encompassing American ferocity from Poe to eighties kitsch. It wore its Shakespeare on its sleeve. There were dance numbers with convicts who monlogued inside crystalline solitaries and ate from rape spoons and downed crushed glass. It made the descent without too much pride. Only Harold Perrineau, the best Mercutio, could introduce an episode.