Some Little-Known Statistical Anomalies in the Game of Baseball 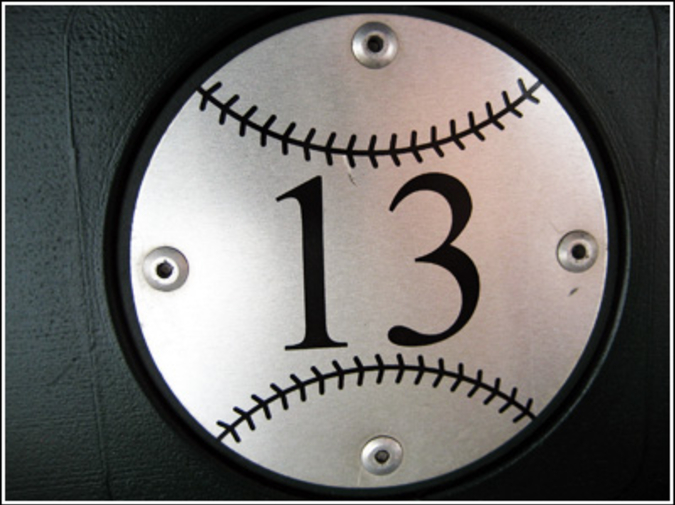 It is not for nothing that baseball has existed since 1846 and now encompasses 30 teams playing 162 games each a year. In that span of time, speculative taxonomists and fly-by-night actuaries have marveled over a sample size of recordable human activity that's created pinnacles of unlikelihood like Joe DiMaggio's 56-game hitting streak and Joe Torre batting into four double plays in one game. Take into account the sport's extensive minor league programs, and baseball trudges fiercely beyond statistical extremes of "great men doing inconceivable deeds" or "ordinary men doing great deeds" into a realm known popularly as "inconceivably ordinary men doing greatly inconceivable deeds ordinarily."

It is in these players and achievements where baseball affirms the true, feral borders of human achievement, demonstrating realms of statistical — and mortal — possibility that no other sport can claim.

In 1975, for the Baltimore Orioles' Rookie-league team, Ramos went 9 for 9 to begin to season, but finished 9 for 51. The slick-fielding shortstop was nonetheless promoted to low-A ball the following year where he also started the season 9 for 9 but pulled a hamstring a two weeks into the season and finished 9 for 28. He parlayed that .321 batting average into a promotion to High-A ball the following year where he once again began the season 9 for 9 but finished 9 for 77, or a batting average of .116, one of the worst ever any on level of organized ball with at least 90 plate appearances. The Orioles cut him in the offseason, and he was quickly signed by the Yankees. They promoted him straight to their major league club without even a single at-bat during spring training. He made his major league debut April 4th, pinch-hitting for Paul Blair with a runner on second and one out. He hit a deep fly ball that Milwaukee Brewers outfielder Sixto Lezcano jumped for at the warning track. The ball bounced off the top of the outfield wall and into Sixto's glove. The booth statistician scored the play as Ramos, 0 for 1. The Yankees released Roberto Ramos the next day.

However, the runner advanced to third on the play, and four days later, Howe Sportsdata issued the correction: Ramos, 0 for 0. Roberto Ramos has never played baseball since.

In 1981, Clifford LaDuke Fuzzing was a highly-regarded catching prospect out of Auburn University who also threw a 92-mph fastball and a slurve that he could not only throw for strikes, but broke away from left-handed hitters. The Boston Red Sox drafted the 22-year old phenom in the second round as a catcher, and his rookie season he batted .364 with 6 home runs and 23 RBI for their Rookie-level team, showing incredible patience at the plate and a power stroke that would develop as he grew into his lithe 6'3, 180-pound frame.

However, their system also had a glut of catchers at the time, so in 1982 they converted Fuzzing to pitcher, where in low-A ball he went a solid 10-4, with a 2.61 ERA and 109 Ks in 112 innings. Despite his success, in 1982 they converted him back to catcher, and had him repeat low-A ball, where he batted .288 with 5 homers and 29 RBI in 58 games, before an ankle injury shortened his season. By 1983, he hadn't fully recovered from the injury, which made it painful for him to crouch, so they converted him back to pitcher again, in high-A ball, where he went 9-8 with a 3.40 ERA and a league-leading 88 walks, experiencing serious control issues.

The following year, needing catchers in their system, they converted Fuzzing back to catcher, where he batted .226 with 7 homers and 38 RBIs in 120 games. His indelicate 6'3, 260-pound frame was a total magnet for pitches on the inside of the plate, and Fuzzing became the first player in the history of high-A ball to lead the league in hit batsmen one year, and in hit-by-pitches the next.

By 1985, the 26-year old Cliff Fuzzing was too old to be considered a prospect, and had never played above High-A ball, besides. He was picked up by the Minnesota Twins in the minor-league portion of the Rule 5 draft; they converted him to outfield.

Edgar Caquill became famous in the California Angels system in 1975 for throwing a fastball over the plate for a strike — from centerfield. In fact, from one particular point in centerfield at the Big A, he could throw a strike over the lower third of the zone — with movement. The groundskeepers always left a small divot at "Edgar's Zone" that the reserve outfielder, usually brought off the bench late for defensive purposes, considered his sweet spot. In 1976, he led the league in outfield assists with 18 despite only appearing in 53 games, an OF assist/game ratio that stands unchallenged to this day (for 50+ appearances).

In 1977, to accommodate an extra row of seating, and to make the park a little more "hitter friendly," the outfield wall was moved in six feet. This eliminated the exact proportion of outfield dimensions relative to home plate wherein Caquill apparently thrived. That year, most of his throws to the plate sailed over the catcher's head or bounced in the dirt. On May 1st, he accidentally threw a ball into the stands, hitting the female companion of then-celebrity chef James Beard, bruising her clavicle. On May 2nd, Edgar Caquill was sent to AAA ball, and never appeared in the majors again.

To show that there were no hard feelings, James Beard mailed Caquill an autographed copy of his book, Beard on Bread. In return, Caquill arranged to send Beard a baseball featuring the signatures of then-Angels stars Nolan Ryan, Don Baylor, and Bobby Grich, which James Beard kept on his desk until the day he died.

Though no known statistics company yet tracks these occurrences, Edgar Caquill is probably the only former major league player to successfully attempt every recipe in the book "Beard On Bread." His own book, Edgar Caquill On Beard On Bread was, for many years, available as a publish-on-demand title from Xlibris, and he became a commenter of some note on the Salon.com blog "The Julie/Julia Project."

Caquill claims he hasn't held a baseball in his hands in 31 years. However, if you watch him carefully in the kitchen while he's kneading dough, there are moments where a fist-sized chunk will roll up in his hands, his weight shifts to his dominant foot, and his arm goes back, and you swear, for just a moment, that he wants to throw it at 100 miles an hour, to a spot the size of a grapefruit, 200 feet away, and you know that he could, and if he ever does, you'd want to be there to see it.

J. Ryan Stradal lives in Venice, CA, where he writes product copy for The Echo Park Time Travel Mart, volunteers at 826LA, produces episodes of the Discovery series Deadliest Catch, and plays in a band called Super Duper. He batted .143 with an OPS of .393 his one year on the Hastings Raiders high school baseball team, and was once pulled from a game for swinging at a 3-0 pitch.