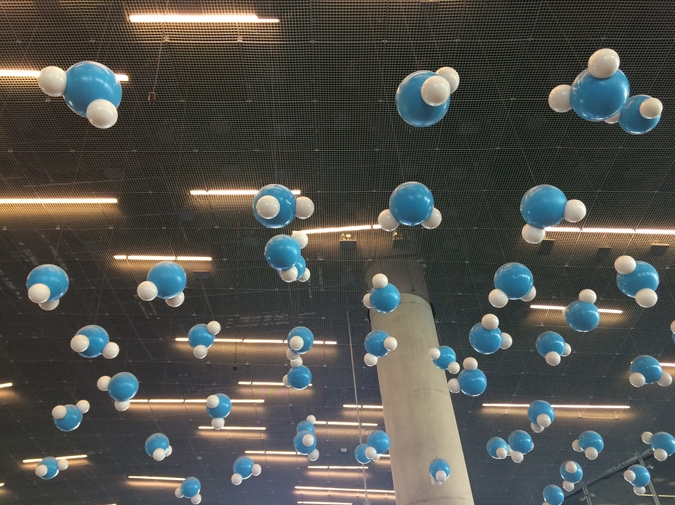 Two weeks after the scientist’s freak exposure, a man in black arrived at his front step. It was the weekend, and the man in black brought with him a gift: a jumble of neon material he removed from a suitcase. Unfurled, it resembled a children’s Halloween costume, only bigger.

“You’ll be Lightning Man,” the stranger explained. The scientist, expecting from the solicitor maybe a petition, or a catalog of magazines, opened his screen door a few inches so the man in black could hand over the outfit. He held the clothes at arms length and looked at the fabric’s lightning bolt patterns.

Why is there underwear over the pants, the scientist wondered?

“I’m not sure what you’re selling,” the scientist said.

“There’s nothing to sell,” the man in black assured. “The world needs a hero!”

While the man in black continued to explain, something about secret lairs and invisible aircrafts, the scientist silently chastised himself for answering the door. Normally he hid under the front window when solicitors knocked and waited for them to lose hope and move on. This man in black wouldn’t stop talking, though, and his overture quickly turned annoying. So the scientist calmly opened the screen door and passed the costume back.

“But evil is coming, Lightning Man,” the man in black stammered. “You must use your newfound powers to protect the innocent!”

“Perhaps if you have a brochure or something I can take a look at,” the scientist said, trying to at least sound polite. “Then I can think about it.”

The man in black explained that he did not carry pamphlets, only super suits, specially designed for certain select individuals. “This was made just for you, Lightning Man,” the man said. “Our organization is waiting for you to join us in helping right wrongs.”

From his pocket, the scientist produced two dollars. He cracked the door and flicked the money at the man. “This is all I can give you,” he said, deciding this “organization” was most likely a cult. “I hope it helps. Best of luck to you.”

The man in black opened his mouth to respond, to shout about the alien threat intercepted just that morning, the impending doom that needed thwarting, but before a sound could pass his lips, before he could blink, the scientist had already swiftly closed the thick front door.

The scientist had work to do, formulas to test. He should not have even taken the time to open the door in the first place.